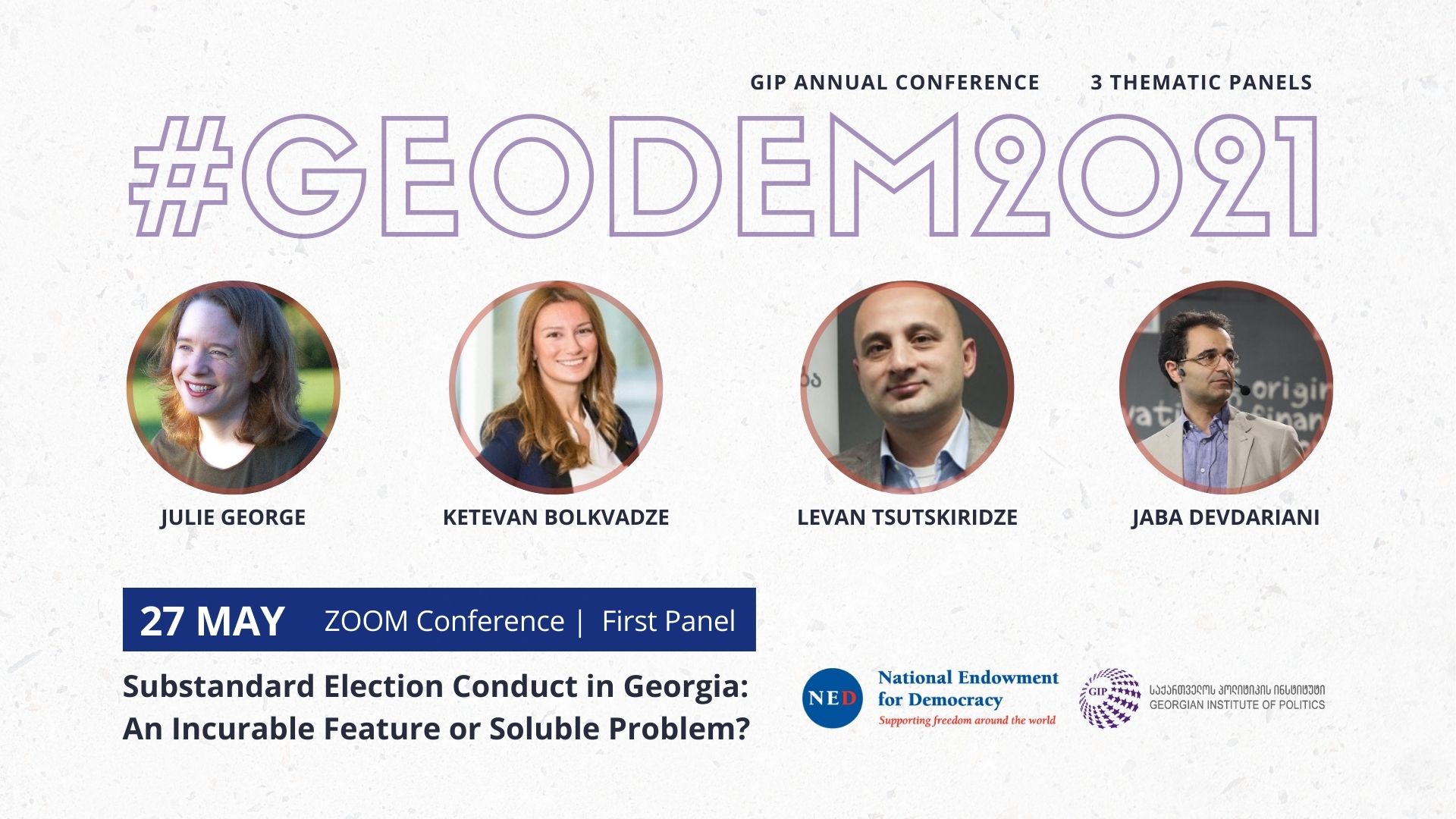 In May-June, 2021 GIP will be hosting the 6th edition of its traditional annual Democracy Conference #GEODEM2021. Due to the pandemic, the conference will be conducted online presenting 3 different thematic panels.

The conference will kick off on May 27th with the first panel focusing on the following topic: Substandard Election Conduct in Georgia: An Incurable Feature or Soluble Problem?