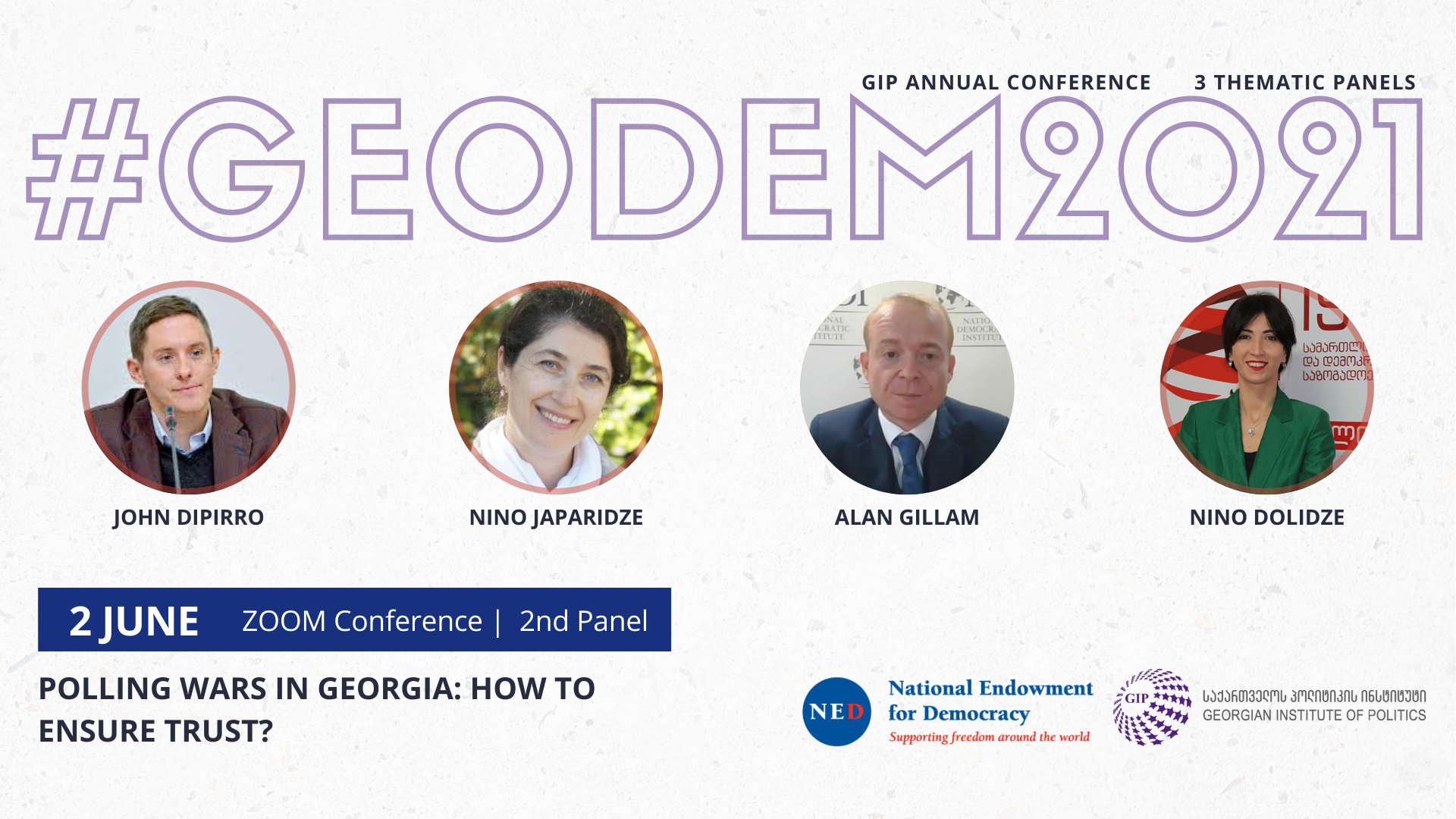 71
In May-June, 2021 GIP will be hosting the 6th edition of its traditional annual Democracy Conference #GEODEM2021. Due to the pandemic, the conference will be conducted online presenting 3 different thematic panels.
Each of the panels under #GEODEM2021 will be held via the online platform ZOOM and participants are asked to register in advance.
To attend the 2nd panel of the conference on 2 June, please register here – https://us02web.zoom.us/…/reg…/WN_OAbVyOhqQS6vCIZy1V426w
Polling plays a crucial role in democracies. It is a tool that helps guide policy by informing decision-makers about the preferences of the public and gives media a unique opportunity to track dynamics of important public opinion trends. During the last year, the Georgian public has been repeatedly exposed to the results of various opinion polls and election exit polls. Results of these polls have been causing a great deal of confusion as there were substantial divergences between them in terms of party ratings during the pre-election period as well as support each party received in the elections. Seemingly, this ideally objective sociological tool has been instrumentalized politically. Furthermore, politicians from the ruling party as well as from the opposition have been voicing discrediting statements with regards to those polls that do not benefit them politically. Considering the hitherto low levels of general public trust and the increasingly nihilistic electorate, this trend further exacerbates the gap between the public and institutions which constitute a necessary condition of functioning democracy.
The second panel will address the following questions:
Moderator: Adam Schmidt, Director, Democracy, Governance & Social Development, USAID Georgia
Opening remarks:
17:00 Prof. Kornely Kakachia, Director, Georgian Institute of Politics.
Speakers:
17:05 – John DiPirro, International Republican Institute (IRI)
17:15 – Alan Gillam, National Democratic Institute (NDI)
17:25 – Nino Japaridze, Edison Research
17:35 – Nino Dolidze, International Society for Fair Elections and Democracy (ISFED)
17:45 – Q&A
A sequence of these online events will climax in the final panel on 16 June with the main theme Populist Nationalism and Euroscepticism: Imagined or Real Threat for Associated Countries?
Stay-tuned for more information about the final panel! GIP will share the details shortly.
GIP’s annual Democracy Conference is organized with the financial support of the National Endowment for Democracy (NED).
Tags: Annual Democracy Conference, GEODEM2021