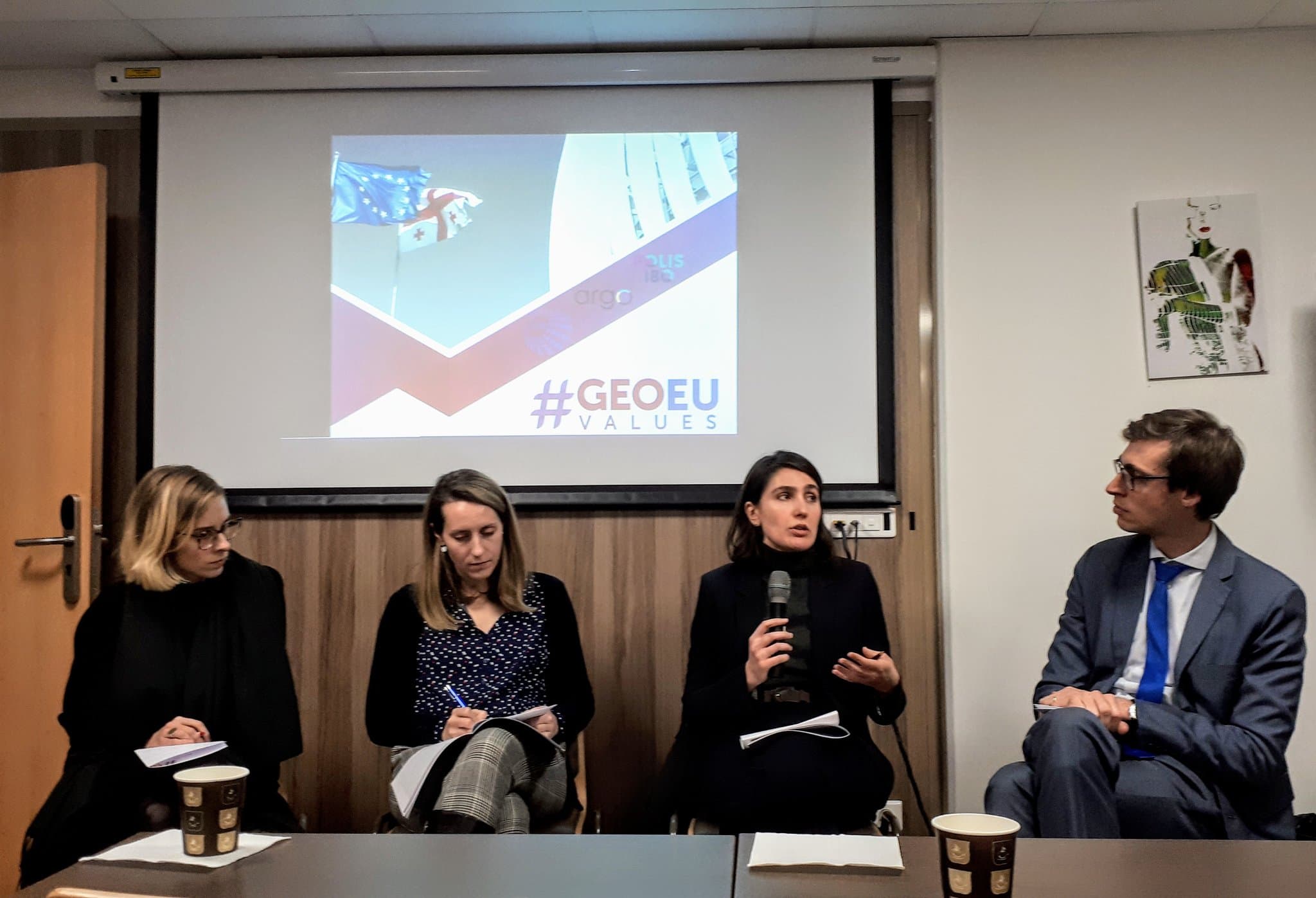 On 22 October 2018 The Georgian Institute of Politics , Polis180 and Argo jointly organized the panel discussion and the policy paper presentation in Paris in the framework of the project –  Between a Rock and a Hard Place? Georgian, German and French Perspectives on European Values and Euro-Atlantic Integration” #GEOEUvalues.

Following a workshop and conference in Tbilisi panel discussion in Paris hosted the following guest speakers to debate on European values and the normative power in the EU and Georgia:

After the discussion, #GEOEUvalues policy paper – “Normative Power vs. Democratic Backsliding, European Values in the EU and Georgia” – was presented, which is the result of a collaborative effort of the authors, Polis180, the Georgian Institute of Politics and Argo.

#GEOEUvalues is funded by the German Federal Foreign Office in the framework of the program “Expanding Cooperation with Civil Society in the Eastern Partnership Countries and Russia”.