Home Events GIP Held a Project Closing Conference – “Communicating EU: the Role of Media in Georgia and the Visegrad Countries” 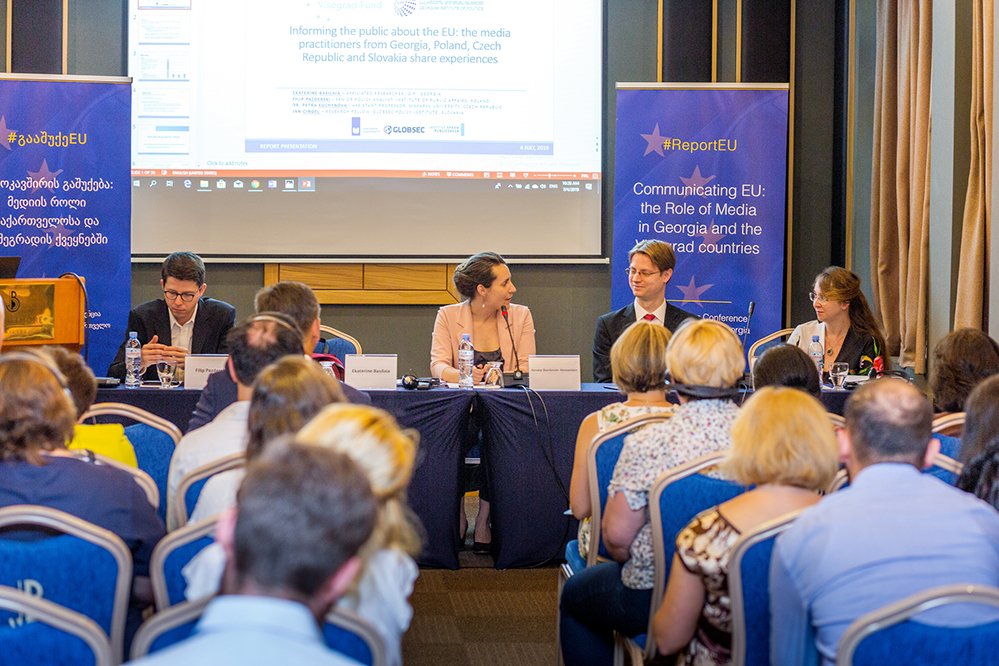 On July 4, 2019 the Georgian Institute of Politics (GIP) hosted a media conference – “Communicating EU: the role of media in Georgia and the Visegrad countries” #ReportEU – at the Biltmore Hotel Tbilisi.

The conference brought together think tanks and researchers from Georgia, Poland, Slovakia and Czech Republic to discuss media’s editorial policies for the EU reporting, share experiences from the Visegrad countries, and analyse how state-media cooperation could strengthen strategic communication of Georgia’s Europeanization. The conference concluded a project “Experience-Sharing of V4 Countries to Promote Media Professionalism in Reporting Georgia’s European Integration”, implemented by GIP in partnership with Masaryk University (Czech Republic), GLOBSEC (Slovakia) and Institute of Public Affairs (Poland). The project was funded by the International Visegrad Fund.

Georgia’s European integration has been embedded in the country’s constitution, and has provided powerful incentives for positive internal reforms in governance and democratization. However, its success is based on the Georgian citizens’ support to demanding reforms, and desire to get closer to the EU. At times of raising right-wing populism in the EU and Georgia, further fuelled by active anti-Western propaganda and disinformation spread by Russia, communicating the EU related issues can be a challenging task for the local media. How does media select the topics, sources and ways for reporting EU? To what extent do journalist consider the anti-Western propaganda a challenge in their work? Do they cooperate successfully with the state institutions – and how could this cooperation be improved? Finally, are these challenges specific to countries like Georgia, or do the EU member states face similar challenges?

The conference was opened by Dr. Kornely Kakachia, GIP director, summarizing the project results and the importance of media in communication of the European matters. The keynote was delivered by H.E. Petr Mikyska, Ambassador of the Czech Republic, who spoke about the experiences and cooperation of the Visegrad countries and introduced the Czech EU presidency agenda.

The presented study focuses on the experiences of the media in Georgia and three Visegrad countries – Slovakia, Poland, and Czech Republic when reporting on EU-related issues. The panel addressed addressed the following questions in a discussion moderated by Renata Skardziute-Kereselidze, Deputy Director of GIP:

-To what extent the reporting on the EU-related themes is part of the editorial agendas of the media outlets in Georgia and the three Visegrad countries? Is it a conscious decision to highlight the EU issues, or is it part of everyday coverage?

-What are the similarities and differences (if any) in the editorial agendas of the media in Georgia, Slovak and Czech Republics and Poland when addressing the above-mentioned issues?

The second panel addressed the role of the local media in strategic communications about the European issues. Informing the public about the European Union is a complex task that the government shares with other actors, including media organizations. The awareness raising campaigns have been considerably successful in mobilizing support for Georgia’s EU integration among the broader society. However, it has not been necessarily as successful in informing the public on what this support should be based. Local media organizations are in the unique position to reach out to the audiences in Georgia’s regions, yet they face challenges, such as lack of resources, limited access to sources and anti-Western propaganda. The panel was based on a presentation of policy paper “Reporting on EU-Related Issues by Local Media Outlets in Georgia: Effectiveness of Government-Media Cooperation” by Levan Kakhishvili, GIP Policy Analyst. The panel also featured Lasha Tughushi, Director of Liberal Academy Tbilisi, and Nazibrola Rekhviashvili, journalist and regional analyst for Adjara at FactCheck, who shared their insights on the challenges faced by the local media. The panel, moderated by Giorgi Muchaidze, Executive Director, Atlantic Council of Georgia addressed the following questions:

-What is the role of media in strategic communication for European integration? Is there a gap between national and local media?

-How effective is communication between government and media on the EU issues? How could it be improved?

-How can the government address the needs of media organizations while covering the EU and Georgia’s Europeanization? 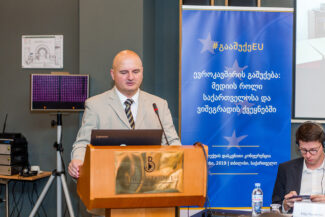 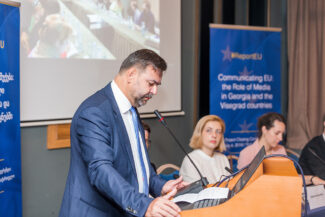 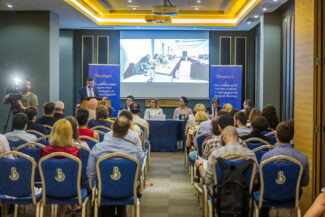 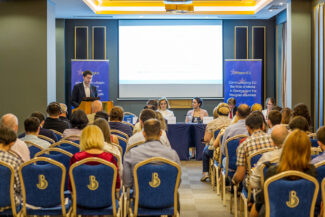 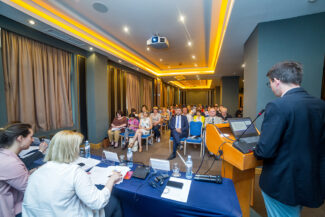 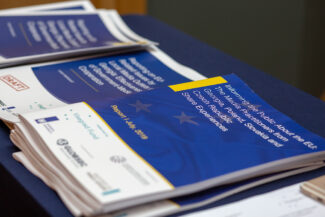 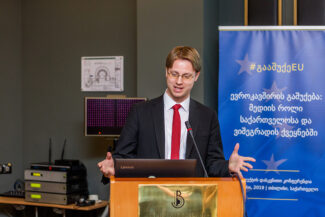 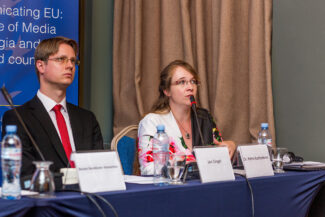 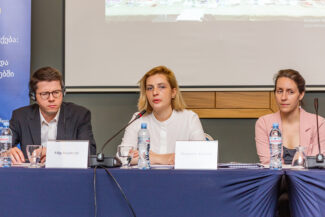 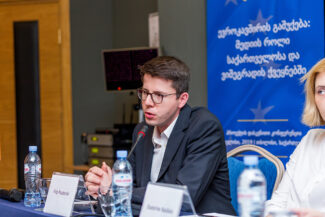 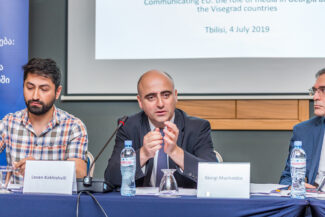 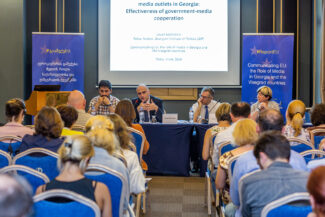 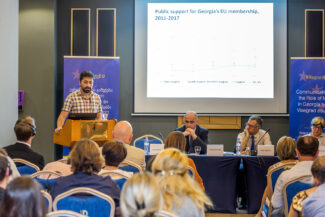 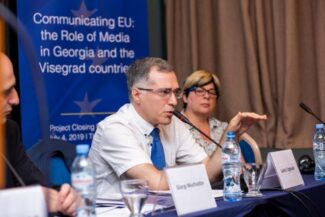 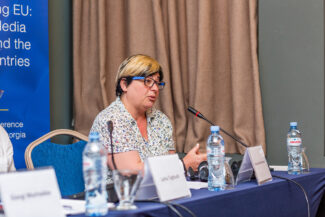