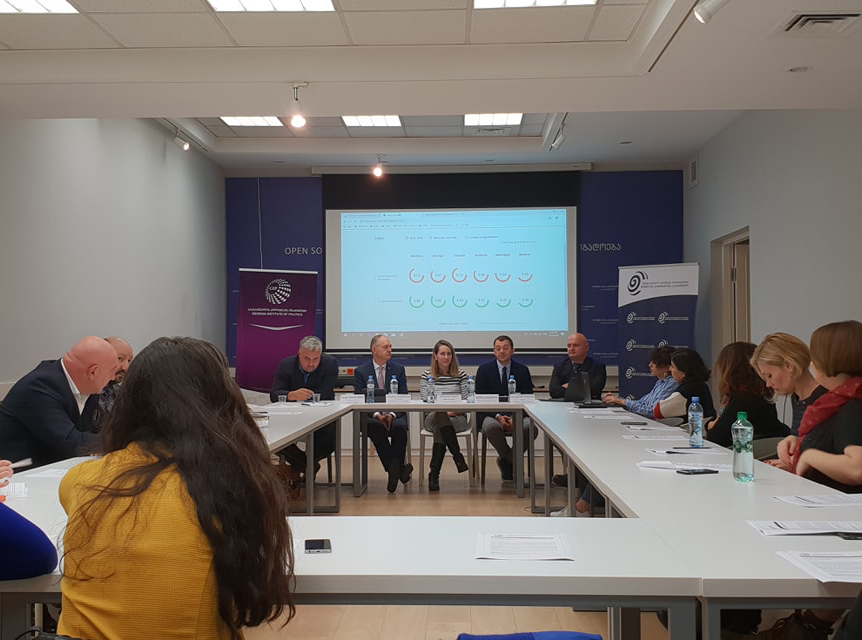 On 15 November 2018 the Georgian Institute of Politics hosted the public discussion: “Georgia in European Discourses: Lithuanian Perspective” at Open Society Georgia Foundation (OSGF). The event was made possible with the support of the Embassy of the Republic of Lithuania to Georgia and in partnership with the Open Society Georgia Foundation (OSGF).

Guest speakers Giedrius Puodžiūnas (Ambassador of the Republic of Lithuania to Georgia), Vytis Jurkonis (Lithuanian Foreign Policy Expert), Sergi Kapanadze (Deputy-Chairman of the Parliament of Georgia) Dr. Kornely Kakachia (Director, Georgian Institute of Politics) addressed Lithuanian foreign policy discourses and priorities and how they relate to Georgia and other Eastern Partnership countries. Guests also addressed topics, such as: Georgia’s Europeanization process, special relation between Lithuania and Georgia, EaP’s active cooperation with Caucasus countries and MORE FOR MORE principle. The event was moderated by Renata Skardžiūtė-Kereselidze – Deputy director of the Georgian Institute of Politics.

The event is part of a series of public discussions called “Georgia in European Politics”(Previous events from this series: Swedish Perspective,  Austrian Perspective; French Perspective; Italian Perspective). While the country is actively engaged in the EU integration process, Georgia is part of Europe in rhetoric, but in reality, there is quite limited knowledge about the actual EU realities and perceptions towards Georgia, and implications of international developments to Georgia. Through “Georgia in European Politics” discussions we aim to better understand the issues that drive foreign policy in the EU member states, especially when it comes to EaP and Georgia’s integration. 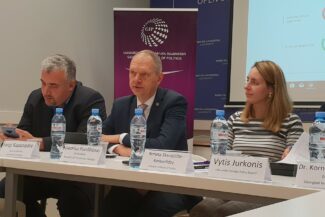