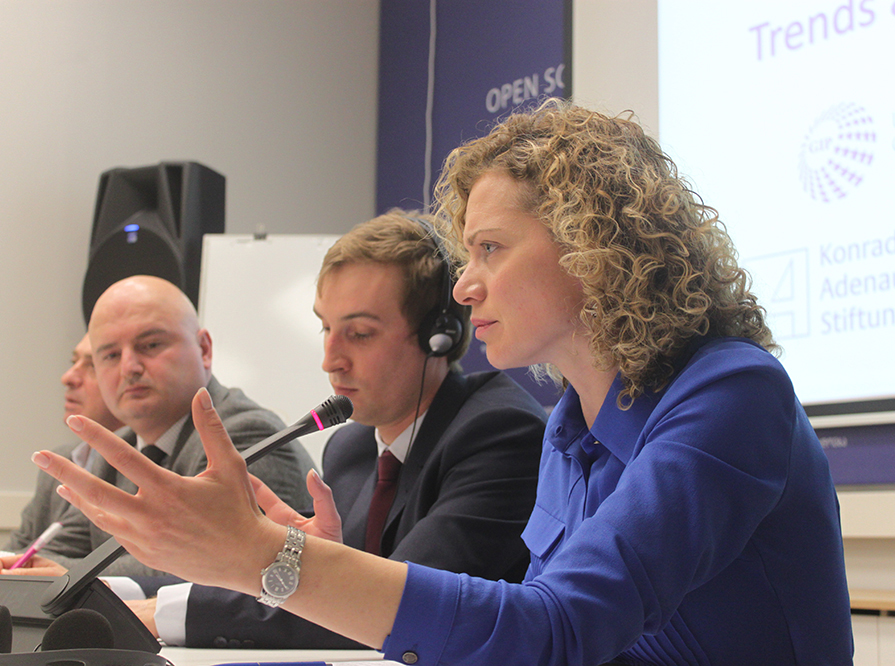 Georgia’s European integration depends on the policies and priorities of its European partners as well its own successful reforms. As a leader in both the European Union and NATO, France is worth studying in detail. On 10 April 2017, the Georgian Institute of Politics with support of the Open Society Georgia Foundation (OSGF) and in partnership with the Kondrad Adenauer Foundation hosted the public discussion, “Georgia in European Discourses: Trends and Challenges”. The discussion focused on French foreign policy discourses and priorities and how they relate to Georgia and other Eastern Partnership countries.

Cadier emphasized the importance of member states’ priorities in the development and implication of EU policies: “the member states decide and the EU Commission implements.” As the EU’s leading military and diplomatic power, France has a great degree of power in steering EU foreign policy. The implications for Georgia are the following: France wants NATO to be flexible, not locked into a defensive posture on Russia’s western flank. That priority makes France sceptical of NATO enlargement and initiatives to strengthen defensive forces in Central and Eastern Europe.

Khulordava spoke about Georgia’s need for support from leading EU member states. Knowing that EU membership is not realistic in the near future, Georgia can only integrate further if the EU makes steps toward it in return. Khulordava also noted the importance of Georgian efforts to engage public opinion in EU member states, including France.

In his speech, Kudava emphasized that Georgia has a lot of work to do domestically to prepare for EU membership: the country should “act like a good pupil” and diligently implement reforms specified by the Association Agreement. Kudava also said that Georgia should wait for the results of upcoming elections in France and Germany before publicly calling for deeper integration. 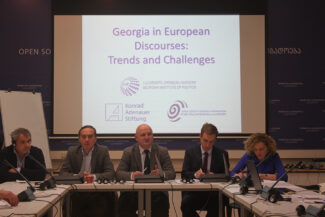 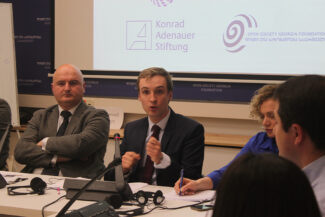 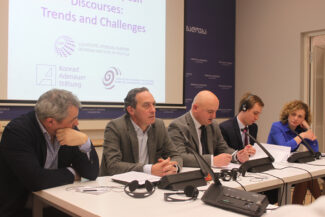 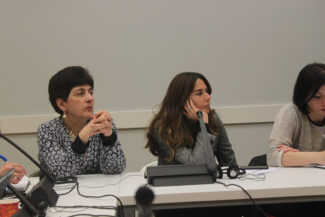 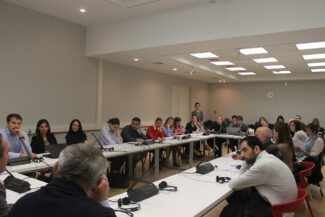