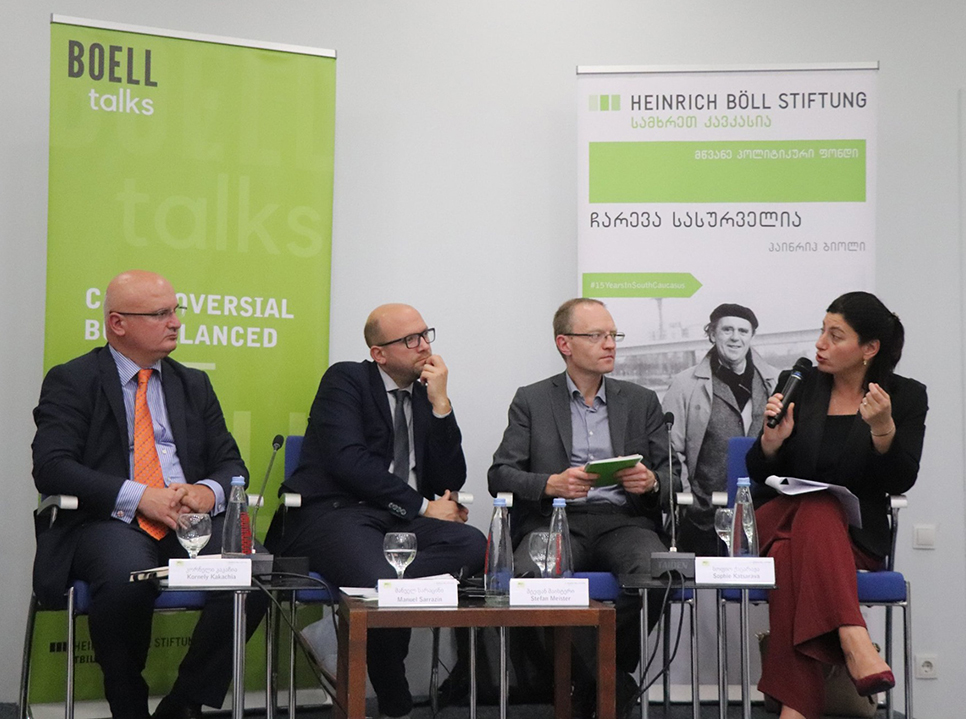 The event took place in the framework of Heinrich Böll Foundation’s format Böll Talks, which aims to hold public discussions with civil society representatives, experts and decision-makers on the topics of relevance for Georgia