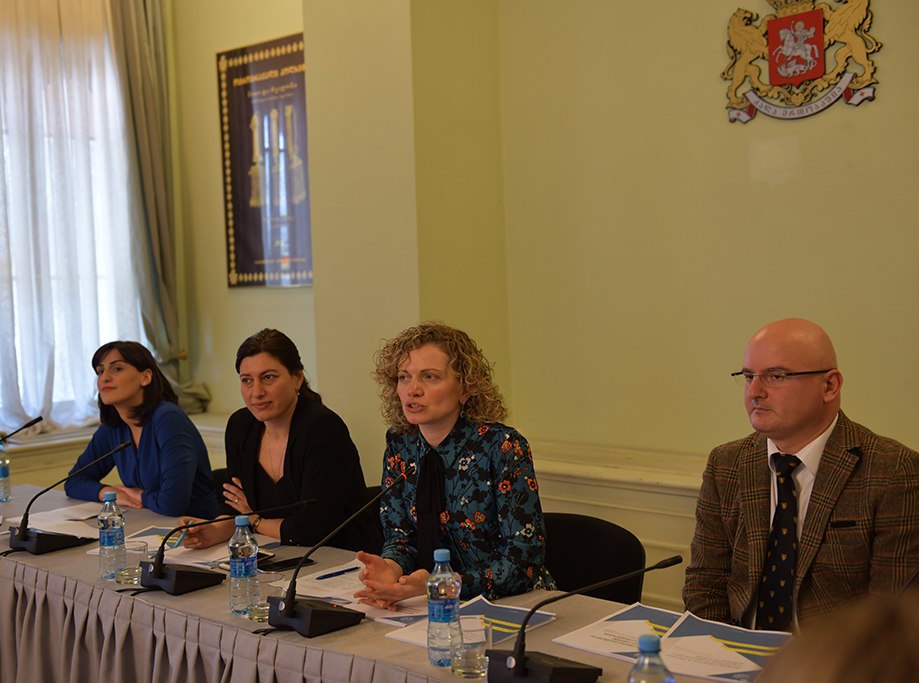 On 20 March 2018, The Georgian Institute of Politics, with support of the EU Integration and the Foreign Relations Committees, held the presentation of the policy paper “Avoiding Gridlock: a Strategy for Georgia to Engage with Eurosceptic Europe” in the Parliament of Georgia. The document was drafted by GIP analysts, Bidzina Lebanidze and Elene Panchulidze.

The Chairperson of the Committee on European Integration under the Parliament of Georgia, Tamar Khulordava, made opening remarks and discussed the importance of this document.  “Georgia has declared its goal – we want full-fledged integration to EU, but at the same time we understand, that it cannot be achieved in short-term. The hereby document defines our future stepsin the transitional period to further approximate to EU” –  Khulordava stated.

The document was presented by the GIP policy analyst, Elene Panchulidze (co-author) stating that the policy document aims at approximation of Georgian and European perspectives on EU integration and outlines EU-Georgia common interests, considers the best experience of non-member states and describes problem solutions acceptable for both parties. “The document emphasizes on Georgia, but the findings can also be adjusted to Ukraine and Moldova, as well as, other neighborhood states of the EU with no nearest EU membership perspective. The policy document overviews Georgia-EU relations prospects and based on the best experience of non-member states, demonstrates the practical recommendations for Georgia and for the EU about the steps to be taken in the transitional period to facilitate EU integration”, – she noted.

The presentation followed by a discussion among attendees – the members of  the EU Integration and the Foreign Relations Committees of the Parliament of Georgia, field specialists and representatives of NGOs and Think Tank communities. 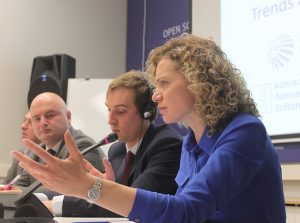