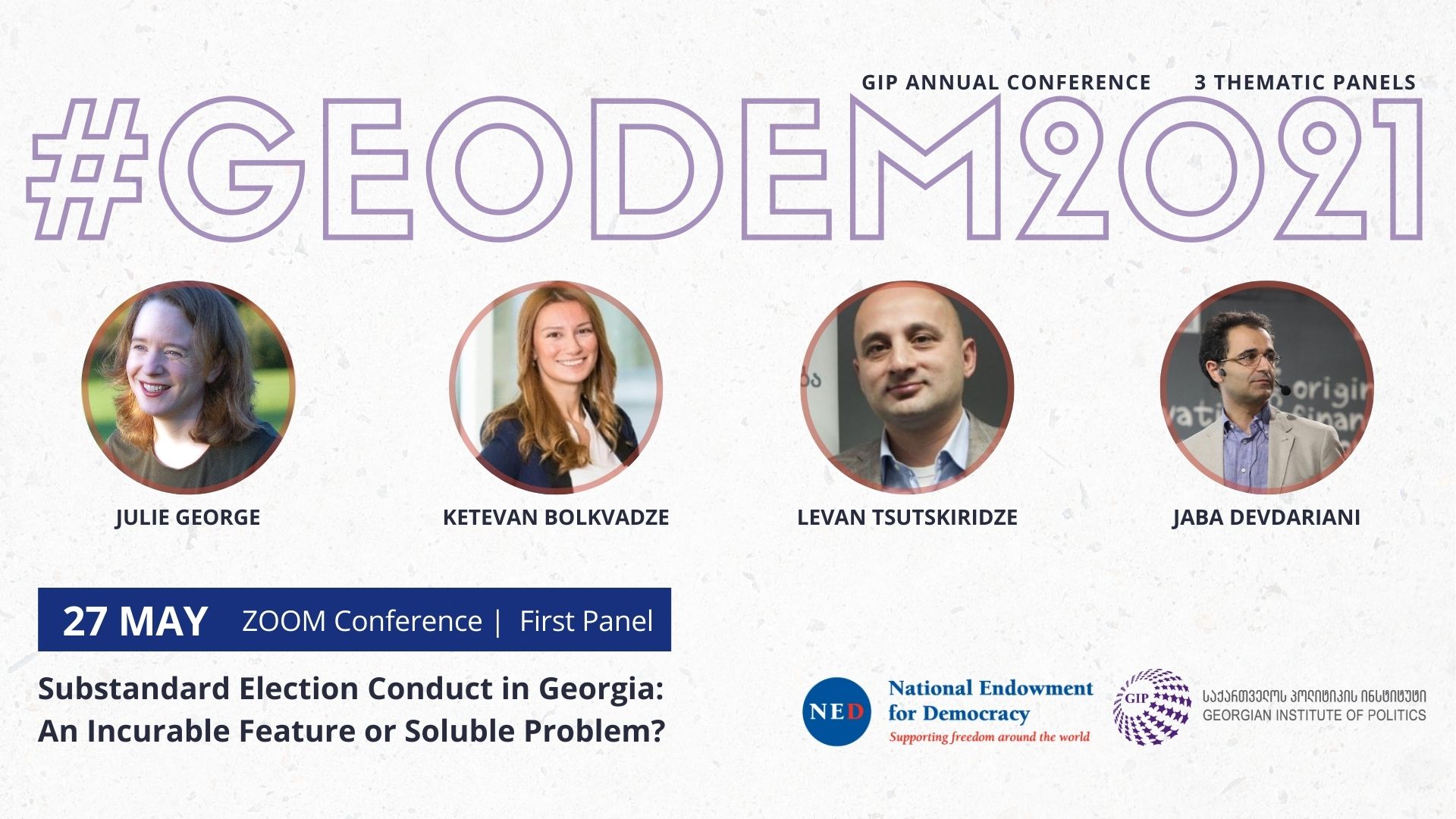 In May-June, 2021 GIP will be hosting the 6th edition of its traditional annual Democracy Conference #GEODEM2021. Due to the pandemic, the conference will be conducted online presenting 3 different thematic panels. Each of the panels under #GEODEM2021 will be held via the online platform ZOOM and participants are asked to register in advance. The conference will kick off on May 27th with the first panel focusing on the following topic: Substandard Election Conduct in Georgia: An Incurable Feature or Soluble Problem? The second panel will take place in June and will revolve around the issue of Polling Wars in Georgia: How to Ensure Trust?

A sequence of these online events will climax in the final panel during the same month (June) with the main theme Populist Nationalism and Euroscepticism: Imagined or Real Threat for Associated Countries?

Stay-tuned for more information about GEODEM2021 and the upcoming panels! GIP will share the details shortly.

GEODEM2021 concluded with the 3rd panel about “Populist Nationalism and Euroscepticism: Imagined or Real Threat for Associated Countries?”

GIP hosted the 2nd panel of the annual conference GEODEM2021