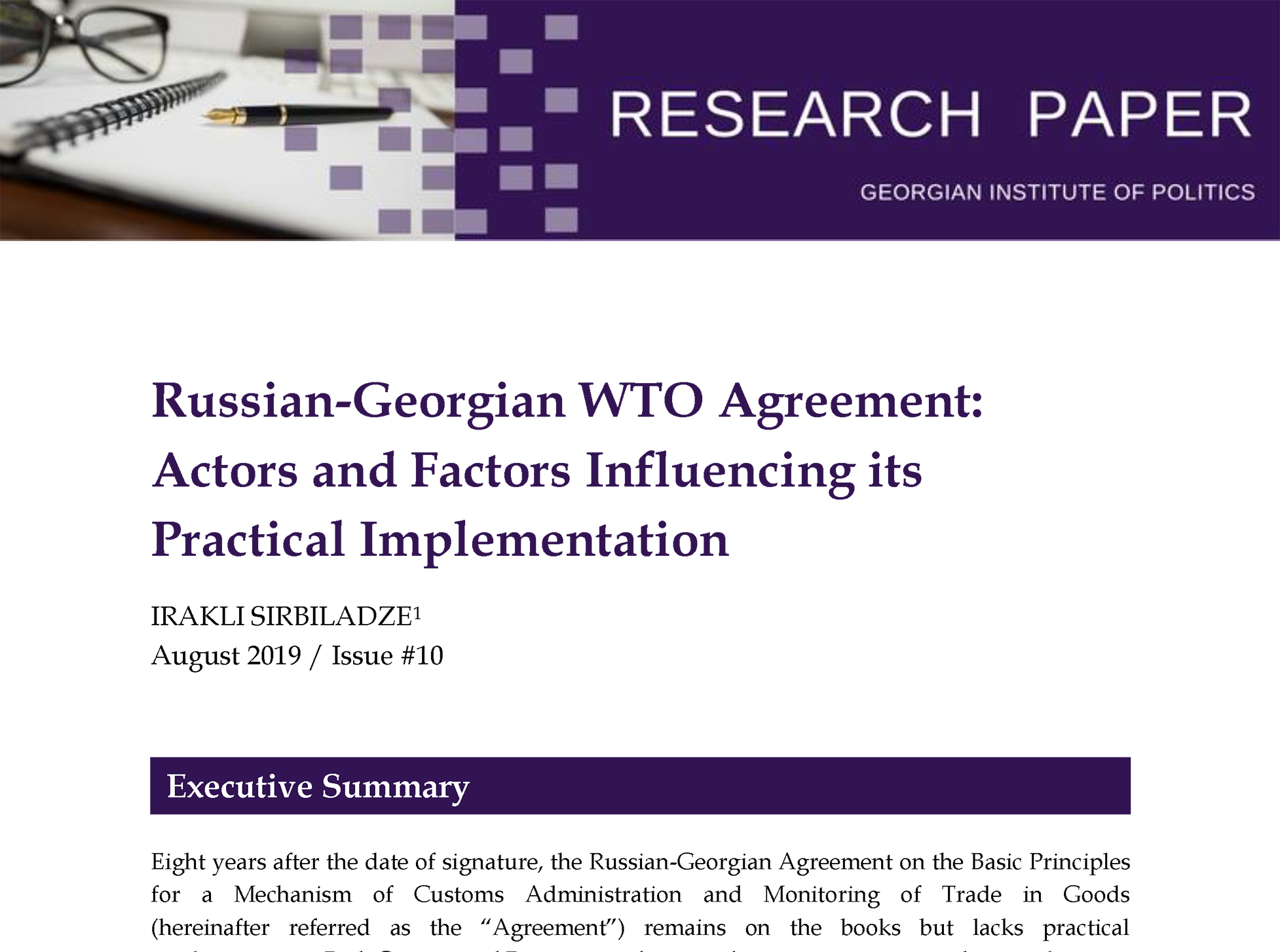 Russian-Georgian WTO agreement and its implications for Georgian-Russian relations