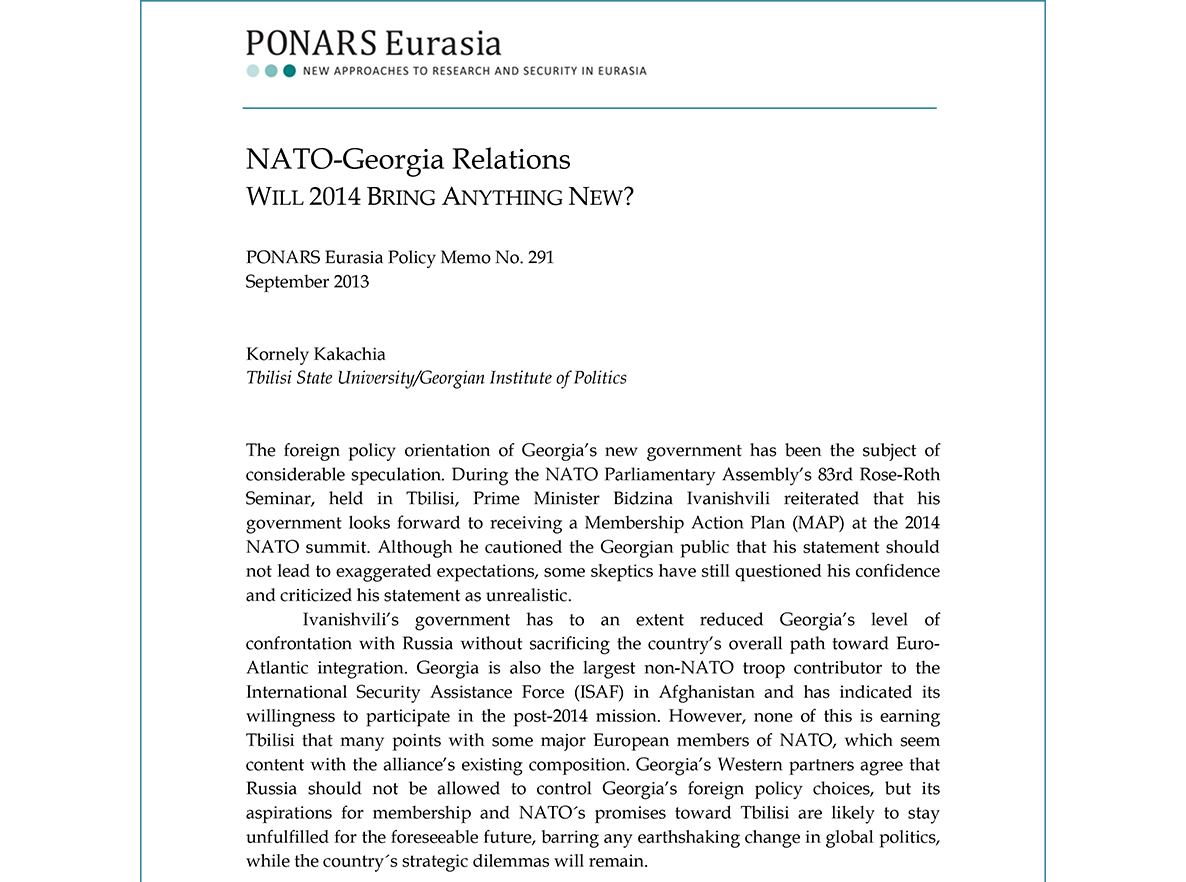 NATO-Georgia Relations: Will 2014 Bring Anything New?

The foreign policy orientation of Georgia’s new government has been the subject ofconsiderable speculation. During the NATO Parliamentary Assembly’s 83rd Rose-RothSeminar, held in Tbilisi, Prime Minister Bidzina Ivanishvili reiterated that hisgovernment looks forward to receiving a Membership Action Plan (MAP) at the 2014NATO summit.Although he cautioned the Georgian public that his statement shouldnot lead to exaggerated expectations, some skeptics have still questioned his confidenceand criticized his statement as unrealistic.