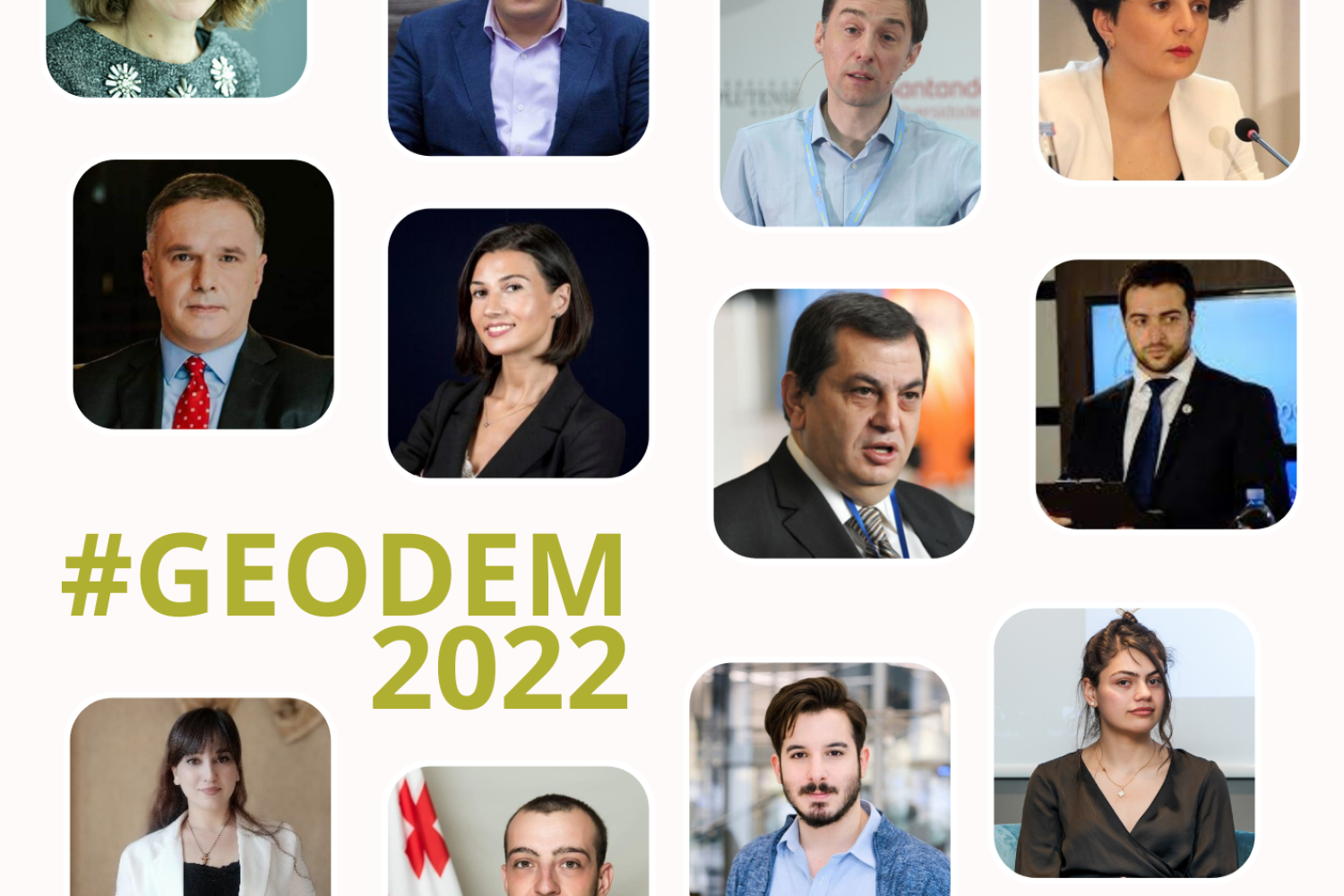 Since the parliamentary election in 2020, Georgia has been in a deep and protracted political crisis. In the long run this crisis damages Georgia’s democratic development and its Euro-Atlantic future. While current geopolitical shifts create a window of opportunity for Georgia, Moldova and Ukraine to further their EU membership prospects, it is vital for Georgia to remain faithful to the principles of democratization and take steps towards depolarization.

Towards this end, political parties have a crucial role to play as they can help reduce polarization and by cooperating with one another, improve the political culture in the country. However, today, neither the ruling party nor opposition parties offer a positive agenda to constituencies. Instead of discussing important topics and presenting sound visions of the country’s development, election campaigns are often focused on scandals and negative events, which have an adverse effect on the development and sustainability of the political culture. Radical polarization of the political field is also a factor significantly undermining the prospects of cooperation between the parties as it pushes smaller political parties to “choose either of the sides.”

An important aspect to be taken into consideration is that public opinion polls show that despite political polarization, an absolute majority of the population supports the idea of coalition governance and believes that it is vitally important for further consolidation of Georgian democracy. This suggests that there is a huge mismatch between the ambitions of political parties and the desires of voters. Therefore, both the wider society and the political class must start thinking about ways of overcoming these challenges and restoring trust and links between political parties and Georgian society.

These issues were among the key topics discussed by the panels at the seventh annual Democracy Conference. The conference, with three thematic panels, was inaugurated by the Director of the Georgian Institute of Politics, Professor Korneli Kakachia. In his welcoming remarks, Professor Kakachia placed the emphasis on the need for political parties to effectively communicate among one another as well as with their constituencies, noting that new routes should be sought to this end. The Ambassador of Switzerland in Georgia, Ms. Heidi Grau, also gave welcoming remarks and talked about Georgia’s democratic agenda and the need for a meaningful political discussion. She expressed her concern about the destructive tone of political discussion in Georgia today, including verbal attacks on political opponents, and stressed the need for improvement. Describing the Swiss political system, she focused on efforts by the Swiss political class to build bridges in order to achieve success. She also talked about the role of the media and underlined the importance of the freedom of media and, at the same time, the necessity of delivering objective information to the population so as to enable people to make an informed choice in elections.

Panel 1 of the conference discussed the readiness of Georgian political parties for coalition partnership. Speakers at the panel were Dr. Fernando Casal Bertoa (University of Nottingham), Giorgi Vashadze (political party, Strategy Aghmashenebeli), and Natia Mezvrishvili (political party, For Georgia) while the discussion was moderated by David Aprasidze, Professor at Ilia State University and project manager at Konrad Adenauer Foundation. Panel 2 was dedicated to interparty democracy and new political leaders. Speakers at the panel were David Berdzenishvili (Republican Party), Teona Zurabashvili (Georgian Institute of Politics), David Shervashidze (International Republican Institute), and Zaza Bibilashvili (The Chavchavadze Center). The discussion was moderated by Nino Gelashvili, a journalist at Radio Free Europe/Radio Liberty. Panel 3 of the conference was dedicated to the presentation of an interparty manifesto  –“What Georgian voters demand: a message to Georgian political parties” – which was drawn up by members of 10 political parties and representatives of civil society, facilitated by the Georgian Institute of Politics. The project and the methodology of drafting the interparty manifesto were introduced by policy analysts from the Georgian Institute of Politics, Nino Samkharadze and Shota Kakabadze. Speakers at the panel were Goga Tchkadua, a member of the party Girchi – More Freedom, Elisabed Bregvadze, a member of the party Strategy Aghmashenebeli, Mikheil Tsverava, a member of the party Gakharia for Georgia, and Tamuna Manvelishvili, a student at the International Black Sea University. Moderator of the third panel of the conference was Felix Hett, the director of the Friedrich-Ebert-Stiftung South Caucasus Office.