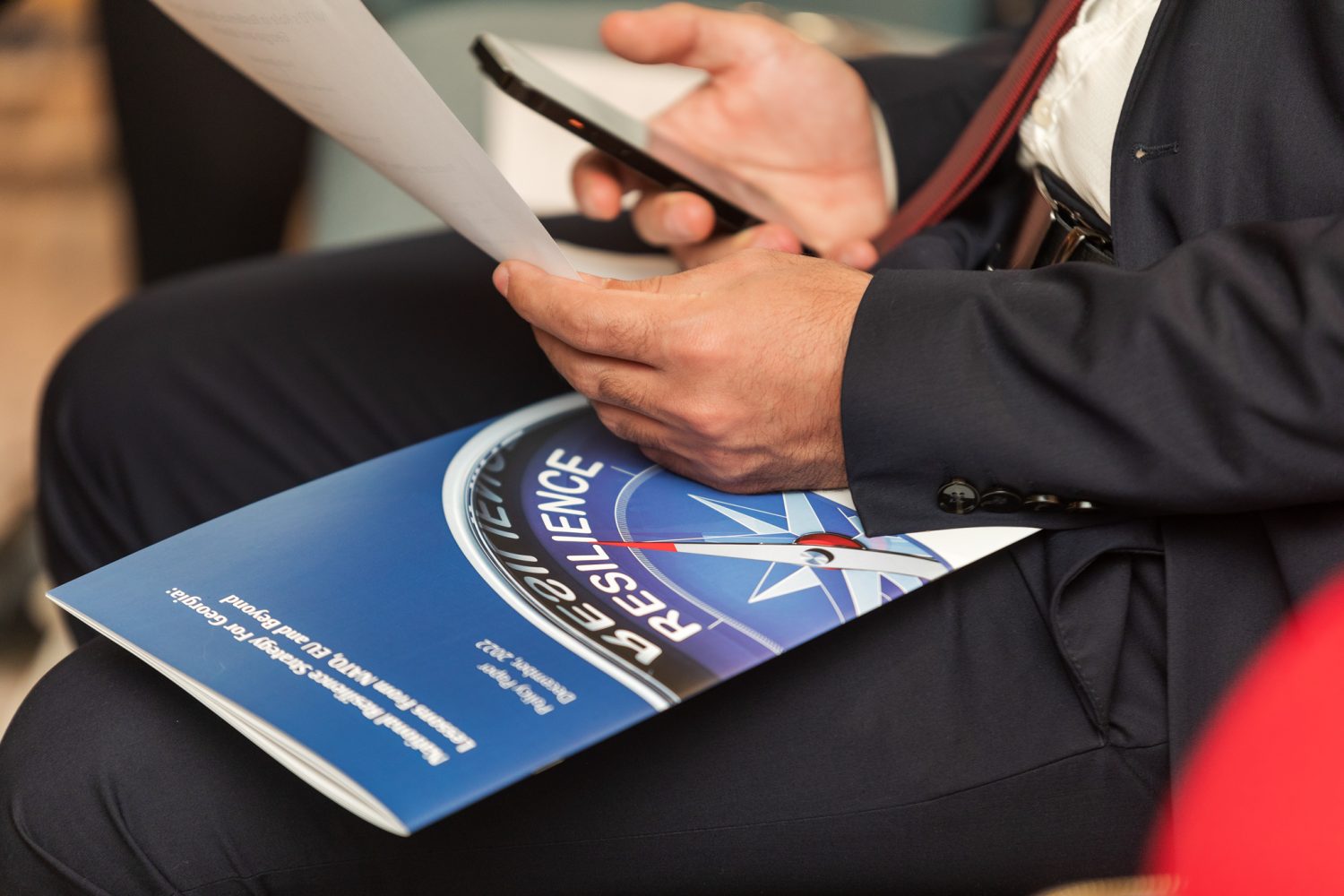 On December 1, the Georgian Institute of Politics (GIP) hosted a public discussion under the NATO PDD-sponsored project “Enhancing Georgia’s resilience in uncertain times.”

The discussion titled NATO’s Role in Resilience Building: Cases on Georgia and Ukraine was launched by Mr. Alexander VINNIKOV, Head of the NATO Liaison Office in Georgia (NLO), and Prof. Kornely KAKACHIA, Director of the Georgian Institute of Politics (GIP), with their opening remarks. The public discussion focused on the following questions:

At the first part of the public discussion, Mr. Benjamin Tufft went live from the NATO headquarters. He is a Strategic Communications Officer at Strategic Communications Unit in NATO Public Diplomacy Division. In his introductory speech, Mr. Tufft talked about the role of NATO in resilience building in partner states. Afterward, the event was devoted to presentations on the resilience of Georgia and Ukraine. From the Georgian side Dr. Bidzina Lebanidze, Senior Analyst at the Georgian Institute of Politics, and from the Ukrainian side Dr. Hanna Shelest, Director of the Security Studies Program at the Foreign Policy Council “Ukrainian Prism”).

As part of the event, Dr. Bidzina Lebanidze presented the key findings and recommendations of the recently developed Policy Paper on the National Resilience Strategy for Georgia.

The public discussion was attended by security experts, policy analysts, as well as, and representatives of the state institutions in charge of security matters. In the conclusion part, a comprehensive discussion was held with the active engagement of the audience and speakers.