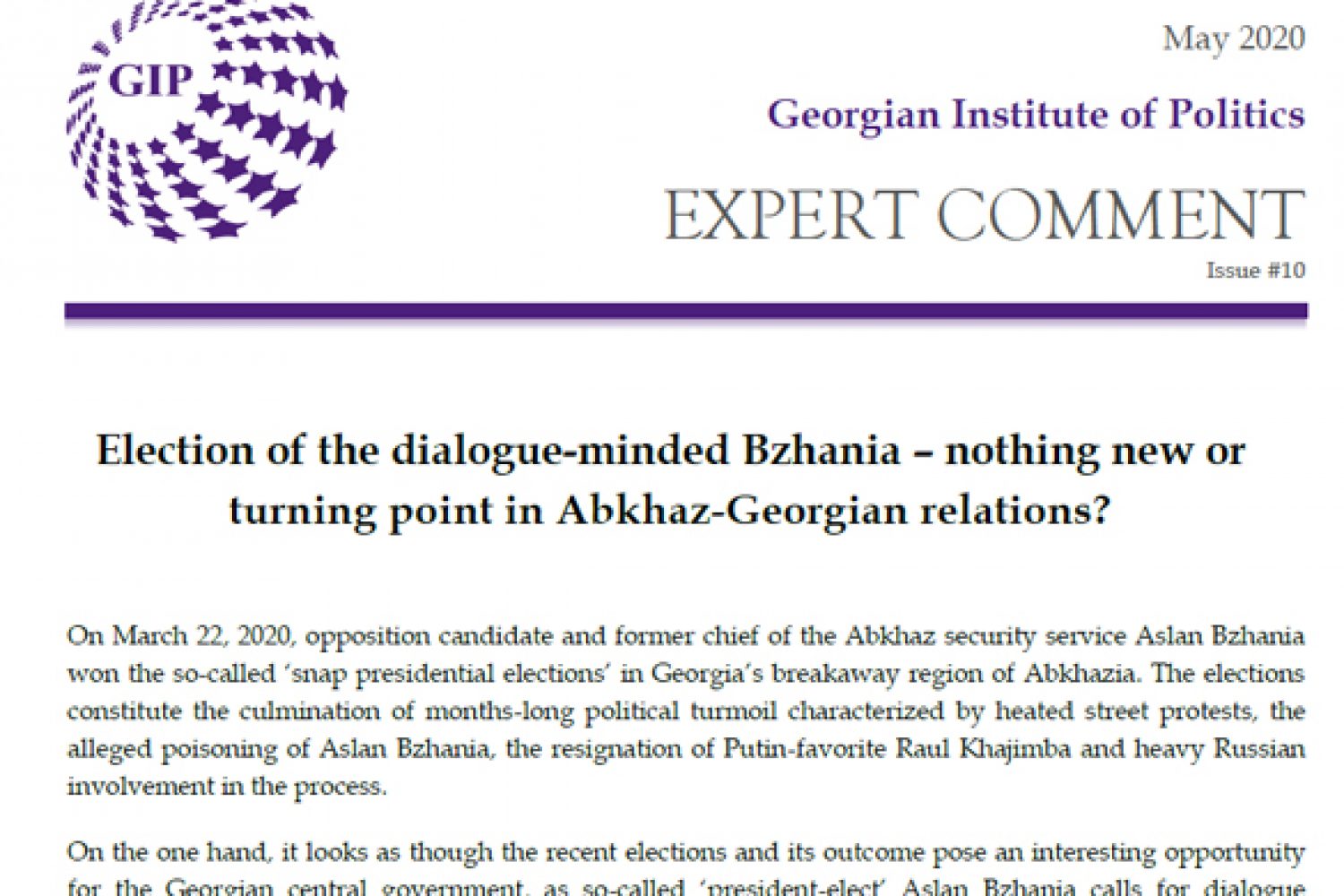 On March 22, 2020, opposition candidate and former chief of the Abkhaz security service Aslan Bzhania won the so-called ‘snap presidential elections’ in Georgia’s breakaway region of Abkhazia. The elections constitute the culmination of months-long political turmoil characterized by heated street protests, the alleged poisoning of Aslan Bzhania, the resignation of Putin-favorite Raul Khajimba and heavy Russian involvement in the process.On the one hand, it looks as though the recent elections and its outcome pose an interesting opportunity for the Georgian central government, as so-called ‘president-elect’ Aslan Bzhania calls for dialogue between Sokhumi and Tbilisi. More specifically, he has argued that “there should be a dialogue between Sokhumi and Tbilisi. In which format and in what form does not matter – what is important is that it should deliver positive results.”

On the other hand, it is doubtful as to what extent Bzhania’s statements can potentially trigger a real change in Abkhaz-Georgian relations. Supposedly, it was the media that brought the topic of dialogue with Tbilisi to the fore and nudged Aslan Bzhania into expressing a stance supportive of dialogue. Moreover, Russia has no interest in a normalization process and the Abkhaz have a palpably negative attitudes towards relations with Georgia. These two factors further undermine already limited prospects of progress in Abkhaz-Georgian relations.

At the request of the Georgian Institute of Politics (GIP), a selection of experts from Georgia, the United States, and Belgium responded to the following questions: