On 24 November 2017 the 5th Eastern Partnership Summit was held in Brussels. Summit participants took stock of progress made since the Riga Summit in 2015 and adopted the Joint Declaration. In the Declaration the EU and the Eastern Partnership countries reconfirmed the high importance they attach to the Eastern Partnership, based on common values, mutual interests and understanding, shared ownership and responsibility, differentiation and mutual accountability, which brings the Eastern European partner countries closer to the European Union. They welcomed “20 Deliverables for 2020” delivering tangible results in a transparent and inclusive manner as well as strengthening resilience.

The Summit participants once again acknowledged the European aspirations and European choice of Georgia, Moldova and Ukraine, whose Association Agreements provide for accelerating political association and economic integration with the European Union.

We welcome the European Union’s increased support in facilitating full implementation of the AADCFTAs for the benefit of people and societies, including engaging the AADCFTA partners in joint discussions on the progress, opportunities and challenges concerning the association-related reforms.

We welcome the European Union’s increased support to the Eastern European partner countries they better to implement reforms in the areas of strengthening institutions and good governance; economic development and market opportunities; connectivity, energy efficiency, environment and climate change; mobility and people-to-people contacts, as outlined in “20 Deliverables for 2020”. We hope that revised multilateral structure of the Eastern Partnership will better support the political objectives pursued in the Partnership, including cooperation among partners.

Georgia together with its partners in the Eastern Partnership shall aim at increased financial support from the EU’s incentive-based approach (“more-for-more”) for those partners who are most engaged in reforms. New funding opportunities of the External Investment Plan, in particular through the establishment of the European Fund for Sustainable Development is of particular importance to this end.

Facilitating small and medium-sized enterprises access to local-currency lending, as well as supporting increased access to high-speed broadband and progressing towards reduced roaming tariffs among the partner countries and, sooner than later, with the EU, might be small but still important steps which can deliver benefits to the citizens of the Eastern European partner countries.

The EU could put forward more incentives and support for reforms in its Eastern European partner countries, as outlined in the European Parliament recommendation to the Council, the Commission and the EEAS on the Eastern Partnership, inter alia, establishment of a longer term ‘EaP+’ model and a trust fund for associated countries. The European Commission as well as European Council could also engage associated countries of Georgia, Moldova and Ukraine in a process in which “Europe determines its own path”, based on the European Commission’s White Paper “Future of Europe – Reflections and Scenarios for the EU27 by 2025.”

Summit participants also welcomed the strengthened differentiation in bilateral relations between the EU and each partner countries and reaffirmed that each partner has a sovereign right to choose the level of ambition and the goals to which it aspires in its relations with the European Union.

Despite the certain shortcomings as outlined in the 2nd Joint Association Implementation Report released by the European External Action Service and the European Commission, Georgia remains a leader with its European reforms. Based on strong popular support, Georgia’s ambitions toward the EU integration are high. In addition, according to the revised Constitution, “constitutional bodies shall take all necessary measures for full-fledged integration of Georgia to the European Union and NATO”.

Georgia needs to redouble its efforts to strengthen democracy, the rule of law and protection of human rights and should deliver on the reforms it has committed to, including full and effective implementation of AADCFTA. In this context, implementation of the recently adopted revised EU-Georgia Association Agenda for the period 2017-2020, which was developed through active communication and cooperation with civil society, is of paramount importance. Its short-term and medium-term priorities for reform actions should be fulfilled in a timely manner, which is fundamental to approximate Georgia with the EU acquis communautaire.

Relations between the EU and Georgia are based on shared values and principles. It can only last and endure if there is a shared future as well. The door should be kept open for potential membership for those countries which truly transform, including for Georgia. In this context, a particular statement of the Rome Declaration of the European Union, that the EU “…will act together, at different paces and intensity where necessary, while moving in the same direction, as we have done in the past, in line with the Treaties and keeping the door open to those who want join later,” should be truly encouraging and guiding for all stakeholders.

We call on the EU to grant Georgia the “European Perspective” sooner than later, which cannot be and shall not be interpreted as setting the date for Georgia’s accession to the European Union. The “European Perspective” would mean that pursuant to the Article 49 of the Treaty on European Union, Georgia may only apply to become a member of the European Union, provided it adheres to the Copenhagen criteria and the principles of democracy, respect for Fundamental freedoms and human and minority rights, and ensure the rule of law.

We call on Georgia’s Government, in cooperation with the Parliament of Georgia as well as with civil society, having considered the best international practices, to start drafting a comprehensive inter-agency Roadmap for the Membership of Georgia to the European Union, that would encapsulate objectives, priorities and all the necessary steps to achieve this goal. 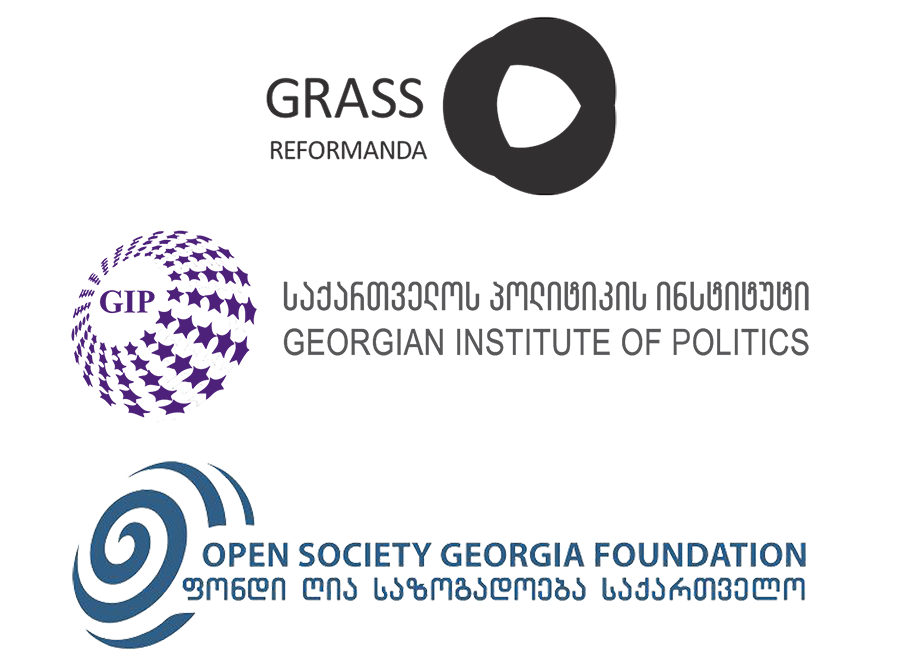