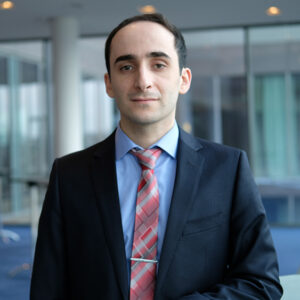 Dr.Bidzina Lebanidze is the visiting lecturer at Berlin School of Economics and Law, researcher at Free University of Berlin and associated fellow at Kolleg-Forschergruppe “The Transformative Power of Europe”. Since 2014 he has been conducting a research within the FP7 project MAXCAP (Maximizing the integration capacity of the European Union). He obtained his PhD degree in political science from Free University of Berlin, and Master’s degree in international relations from Tbilisi State University. Previously, he also worked for the Konrad-Adenauer-Foundation and lectured at Ilia State University

The four policy briefs in the publication introduce policy recommendations to tackle the trust crisis, polarization, and populism in Georgia.

While EU’s door remains open to further accessions from Western Balkan countries, with current state, EU lacks the political will…

External democracy promotion has not brought any tangible results to most countries in the European Neighborhood Policy (ENP), contrary to…

This publication contains five policy briefs, each including recommendations on key issues pertaining to Europeanization and democratization in Georgia

The publication analyzes the Georgian Dream (GD) government’s implementation of promised reforms during its first 100 days in office.

Although anti-Russian sentiments are still dominant among Georgians, Russia’s rising popularity shows that the danger of Tbilisi abandoning its pro-Western foreign policy,…