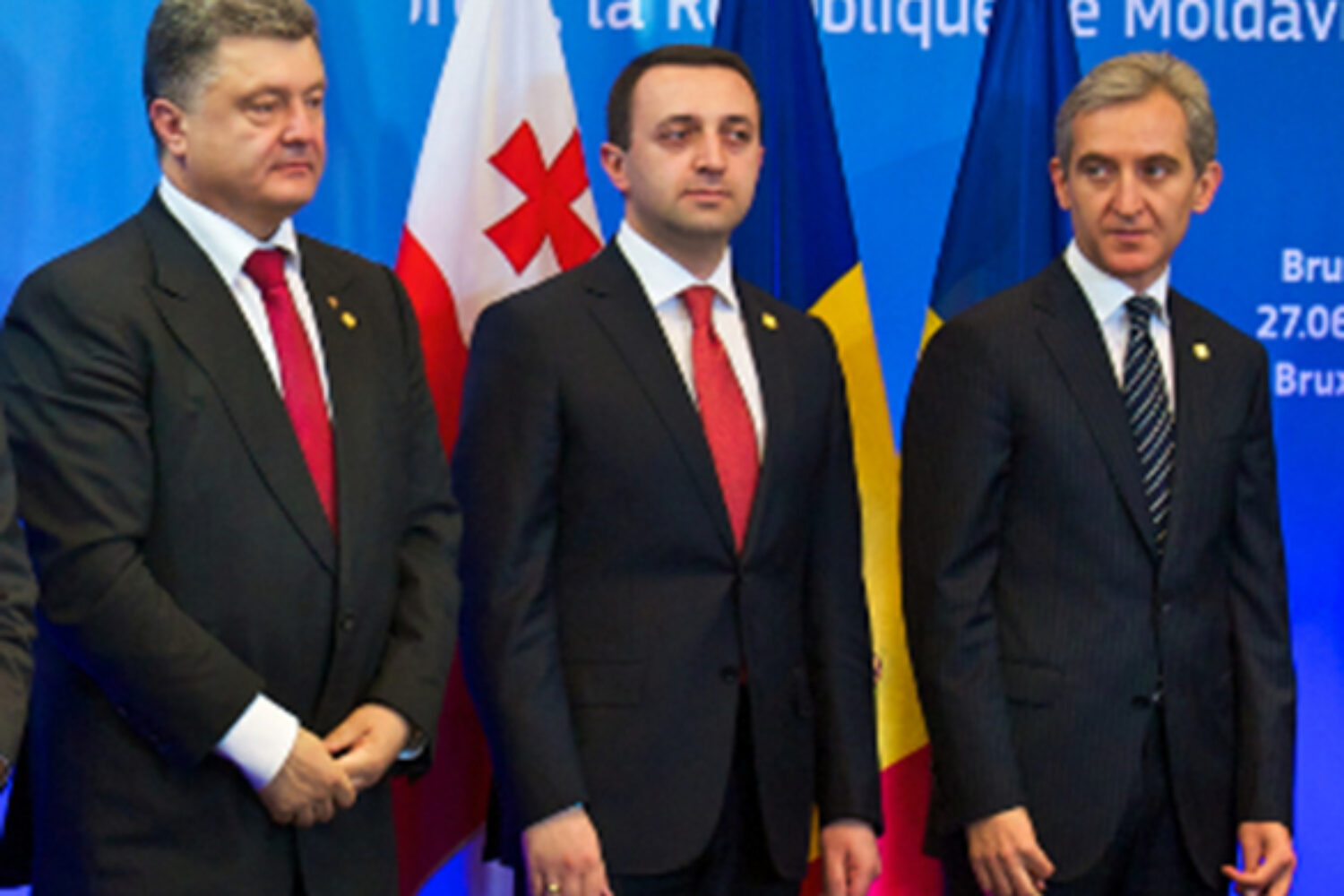 The Georgia-European Union (EU) Association Agreement has been a major subject of discussion since being signed in 2014. The Association Agreement is a complex document that went into force in July 2016. At 752 pages long, full implementation of the agreement will take years. Most interested observers are excited by the prospect of association with the EU, but few know what it really means for Georgia’s future.

In order to fully understand the impact an Association Agreement can have on a particular country, it’s crucial to review the background—when and why the EU started concluding these types of agreements—and analyze how countries such as Georgia can use them to get closer to the EU.

In its relations with third states, the EU offers various benefits—reflected in different agreements—in exchange for socio-political, economic, and human rights reforms. Currently, the EU signs agreements with third countries under two main policies: The Stabilization and Association Process (SAP); and the European Neighborhood Policy (ENP). The Western Balkan countries are covered by the SAP and are subject to “Stabilization and Association Agreements” (SAAs), while the Mediterranean states and the countries of the Eastern European neighborhood are covered by the ENP and subject to Association Agreements. As for Russia, it has a special status within the EU-Russia Common Spaces in lieu of participation in the ENP.

The ENP itself is part of the European Union’s foreign policy, under which the Union strives to establish closer links with countries in its Eastern Neighborhood. Currently, Georgia is one of 16 countries covered by the ENP. The mechanism behind the ENP is simple—countries express their readiness and will to adhere to principles of human rights, rule of law, democracy, good governance, sustainable development, and market economics, and under the principle of “more for more” the EU supports them financially and technically with economic integration and eased travel regimes. Georgia has firsthand experience with this: the visa-free regime that was granted to Georgia on March 1, 2017 is an example of the EU’s support for and recognition of the country. On March 28, 2017, Georgian citizens holding biometric passports gained the opportunity to travel within the Schengen Zone without a visa.

Turkey’s association experience has been unique. Its involvement in European integration processes dates back to 1959 and includes the Ankara Association Agreement signed in 1963. Despite accession negotiations launching back in 2005, the EU and Turkey are unable to agree on a number of issues. Turkey thus perpetually holds the status of a candidate country. If one takes into consideration the results of Turkey’s recent constitutional referendum on April 16, 2017—the outcome of which will grant President Recep Tayyip Erdogan vastly augmented powers—it appears even less likely that the country will follow the path toward EU integration. This demonstrates that signing an Association Agreement is not a guarantee of eventual EU membership, especially if the candidate country doesn’t show an internal commitment to reform.

The process of accession for the Western Balkan states started in 1999 when the EU launched the SAP and the Stability Pact, which was replaced by the Regional Cooperation Council in 2008. In 2003, all SAP countries were declared potential candidates for EU membership. The EU also granted visa-free travel in the Schengen area to Macedonia, Montenegro, Serbia, Albania, and Bosnia-Herzegovina. Currently, Albania (2014), the Former Yugoslav Republic of Macedonia (2005), Montenegro (2010), and Serbia (2012) hold the status of candidate countries, while Bosnia and Herzegovina and Kosovo remain potential candidate countries. Since becoming candidates, the respective situation in each country has improved in nearly every sector. However, big challenges remain and full membership looks distant. In fact, the outcome is unlikely in the near future, even if reforms are successfully implemented. 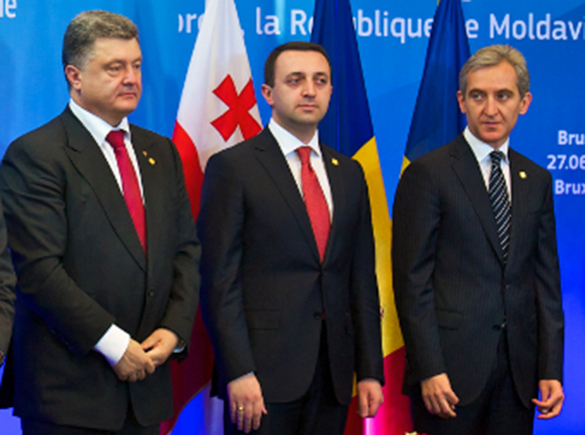 When it comes to the Association Agreement, one country whose experience has much in common with Georgia is Moldova. Moldova also signed its Association Agreement in 2014 and it entered into force on July 1, 2016. Moldova believes that its place is among the EU member countries. Accordingly, it’s actively fighting corruption, pursuing economic development, and strengthening the rule of law. Just like in Georgia, Moldova’s government is working to peacefully solve a conflict with a Russian-supported separatist region (Transnistria) and believes that it can become a member of the European family of nations without being expressly anti-Russian.

Moldova, like Georgia, is currently dependent on Russia as a trading partner. Thus, joining the Deep and Comprehensive Free Trade Area (DCFTA) is of great importance for the county. Both Moldova and Georgia are working to establish democratic and market-oriented political and economic systems, a process aided by pursuing closer relations with the EU maintaining peaceful relations with neighboring states.

That brings us back to Georgia. The country signed its Association Agreement in June 2014, which entered into force on July 1, 2016. Currently, the country has a defined association agenda that covers all the reforms that must be implemented by the country. It starts with emphasizing the need for better political dialogue and reforms, moves on to foreign and security policy, and ends with economic cooperation. According to the agenda, Georgia needs to ensure adequate balance in the political system, especially now, when the country is undergoing the process of transition from semi-presidential to parliamentary system. It’s also vital to ensuring further democratic consolidation.

In addition, addressing any flaws in the legislative framework and election administration is an issue of great importance. In the framework of the requirement of peaceful conflict resolution, Georgia needs to continue its efforts toward full implementation of the August 12, 2008 Six-Point Agreement and support peaceful conflict resolution with Abkhazia and South Ossetia through strengthening communication with local population. As for economic reforms, the country is expected to improve and simplify its tax legislation, harmonize its policies against fraud and smuggling, and strengthen the independence of the National Bank of Georgia (NBG).

The Association Agreement itself does not guarantee that Georgia will become a full member of the EU; it is another means for getting closer to the union. As we have seen above, most of the Western Balkan states have been candidate countries for more than 10 years, demonstrating that the accession process can be a long, drawn-out process. Although Georgia has signed and is currently implementing the Association Agreement, much work remains to be done. Any diversion from the EU integration path carries the risk of stagnation.

To conclude, a key point is that context and local dynamics matter. What happens in one part of the world (the Western Balkans) should not be expected to occur the same way in another (the South Caucasus). Even within a single region, the situations in respective countries can vary tremendously. The experiences of other states can provide useful reference points, but they are not defining. Georgia’s future depends entirely on Georgia itself.

*Gvantsa Ichkiti is an independent researcher based in Tbilisi.