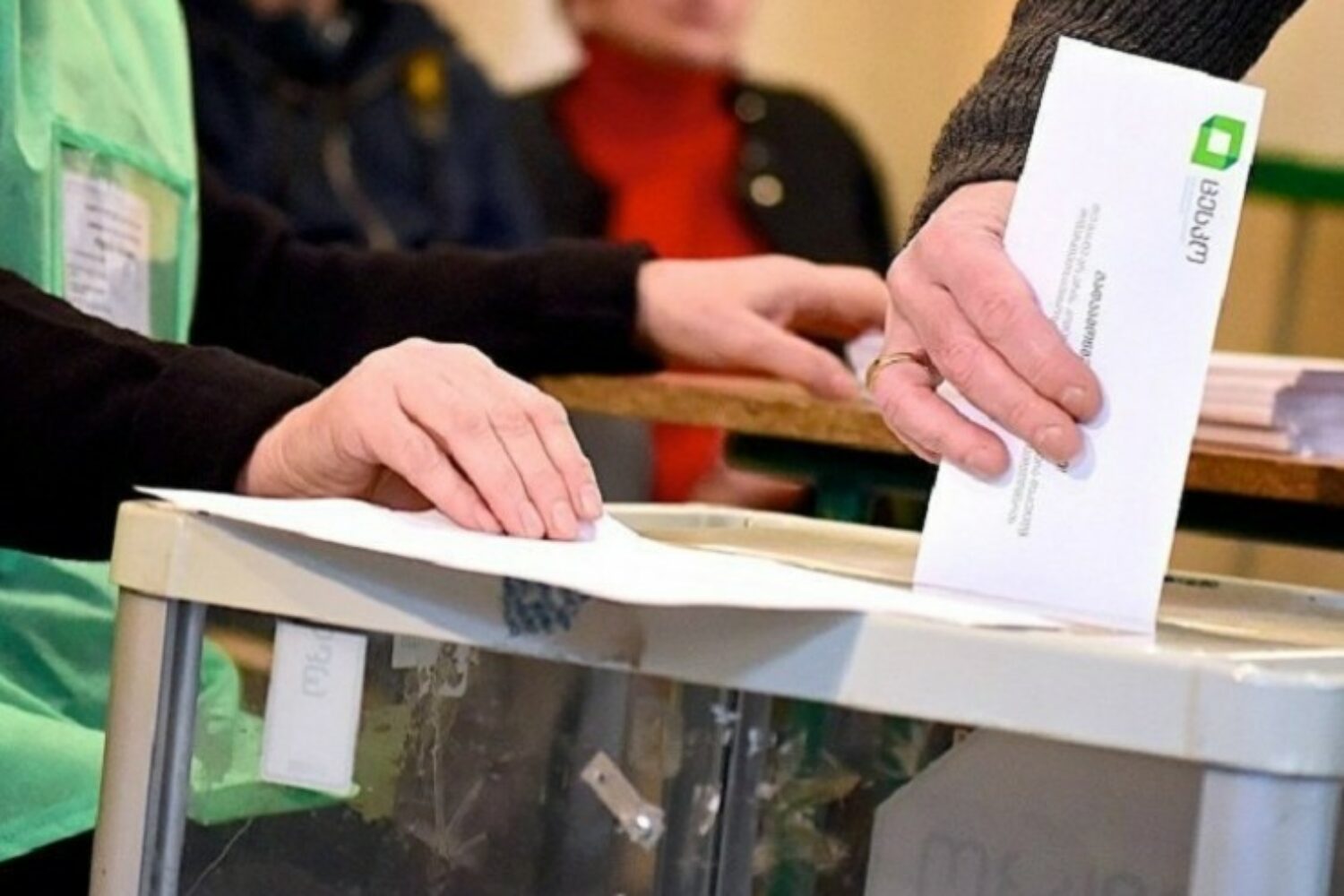 On June 28, 2021, the Parliament of Georgia approved amendments to the Election Code. The latest Election Code of Georgia envisages changes in the number of the Central Election Commission (CEC) members, the composition of and the procedure for their election, the appointment of CEC members by parties and the termination of their term of office as well as a new rule for electing the CEC chairperson. Changes to the electoral legislation were based on the recommendations provided by the Venice Commission and the OSCE Office for Democratic Institutions and Human Rights (ODIHR). Chairman of the Parliament, Archil Talakvadze, stated that Georgia managed to include all the aforementioned recommendations in the latest Election Code. While the ruling party representatives see the latest electoral changes as an important step forward and are confident that those changes will lead to better elections, the opposition believes that “the electoral reform failed to make any substantive changes to the electoral legislation and the government maintained its existing leverage over the elections”. This upcoming October, Georgia will have local self-government elections. Taking all the aforementioned information into account, this blog aims to assess the effectiveness of the Election Administration’s reform approved three months prior to the elections as well as to analyze its potential impact on the quality of the upcoming elections.

Why was the CEC reform Pushed on the Georgian Political Agenda?

The parliamentary elections in Georgia on 31 October 2020 pushed the country into a serious political crisis. The opposition parties refused to recognize the legitimacy of the election results and protested outside of the CEC building, demanding the resignation of CEC chair Tamar Zhvania and to repeat parliamentary elections. Since the government refused to meet these demands, the opposition parties that managed to pass the electoral threshold to enter parliament refused to do so and boycotted the new parliament. The 2020 parliamentary elections were not the first elections in the modern Georgian history during which the opposition accused the CEC administration of manipulating election results in favor of the ruling party. The politicization of the CEC is an issue that has been brought up in almost every election in Georgia since the restoration of state independence. However, considering the scale of the political crises following the 2020 parliamentary elections, the issue of electoral reform has attracted substantial attention not only inside the country, but internationally as well. In the preliminary conclusions regarding the 2020 parliamentary elections, while assessing the problematic aspects of the elections, the OSCE/ODIHR international mission underlined that “the dominance of the ruling party in the election commissions negatively affected the perception of their impartiality and independence, especially at the lower levels”. As a response to the existing challenges, European Council President Charles Michel offered a proposal to the Georgian ruling and opposition parties. The proposal, among other important political issues, also included the Georgian government’s commitment to conduct ambitious electoral reform, which should have been carried out in accordance with the OSCE/ODIHR conclusions from March 20, 2021. The electoral reform also envisaged changes in the CEC administration.

What is Envisioned by the CEC reform?

According to the April 19 Agreement, amendments to the Election Code of Georgia aim to prevent potential politicization of the election administration and increase public trust towards the election process through an increase in the number of opposition party representatives in the CEC administration and the active involvement of civil society representatives in the process.

Before the electoral reform, the CEC was comprised of the chairperson and 11 members. The Parliament of Georgia elected 5 members to the CEC, on the recommendation of the President of Georgia, while political unions appointed 6 members. According to the latest Election Code, membership in the CEC increased to 17 members. The new amendments also outline that the CEC will be staffed with seven professional and nine party-appointed members. Professional members will be appointed by the parliament with a 2/3 majority. The latest Election Code also increases the number of CEC deputy chairpersons. According to the latest amendments, the CEC chairperson will have two deputy chairpersons, the first one will be appointed by the parliament and the second one – by the opposition parties.

The amendments also apply to the lower level of the CEC administration. As a result, the membership in the District Election Commissions increased from 11 to 17 members. Moreover, District Election Commissions will be staffed with the same proportion of professional and party-appointed members as in CEC. Professional members will be appointed by CEC with a 2/3 majority. Similarly, Precinct Election Commissions will be staffed with the professional and party-appointed members as well. The CEC chairperson will be elected through an open competition by the selection commission, which then will nominate the candidate to the presidency. The parliament will elect a CEC chairperson at the presentation of the president with no less than 2/3 of the votes.

Interestingly, the latest amendments to the Election Code also envisage a prevention mechanism designed to avoid blocking the CEC chairperson and professional members on the basis of political bias. In accordance with the aforementioned prevention mechanism, if elected by a majority of less than 2/3, the candidate holds the post only temporarily, for six months, during which the standard appointment procedure needs to be held again.

Moreover, the latest Election Code envisions the establishment of a CEC consultation group, comprised by a representative of the Public Defender’s Office of Georgia and experts selected by the local observer organizations. The consultation group is supposed to provide the CEC with the recommendations for discussing submitted appeals.

Old Administration in a New Form?

In spite of the fact that the latest Election Code envisages the broader involvement of civil society and opposition party representatives in the CEC administration, there are number of important factors, which suggest that the new legislation is designed to reform the CEC only nominally. Moreover, despite the April 19 Agreement, there is still no political will in Georgia to bring about significant changes in the CEC administration.

Before the recent amendments were made to the Election Code, between the periods of March 5th-May 14th, the CEC underwent a reorganization process. The process included the establishment of new structural bodies on the one hand, and the redistribution of human resources on the other. The civil society and opposition body representatives linked the rushed structural changes in the CEC undertaken before the electoral reforms to the ruling party’s attempt to maintain its influence over the CEC. International Society for Fair Elections And Democracy (ISFED) stated that the whole process lacked legitimacy considering the absence of members appointed by the opposition during the reorganization process and the fact that the commission only comprised of the members appointed either “on a professional basis” or by the Georgian Dream party. According to the opposition parties, the government tried to take advantage of the time frame before the implementation of the April 19 Agreement and strengthen the so-called “clan” in CEC, which is in fact behind the election processes and organizes electoral fraud.

Besides, in an open competition announced after the resignation of the CEC Chairperson, Tamar Zhvania, the selection commission supported the candidates that were acting members of the CEC at that time. It is worth mentioning that the aforementioned candidates were not supported by the selection commission members representing non-governmental organizations. One of the commission members, Giorgi Kldiashvili, who is an executive director at the Institute for Development of Freedom of Information (IDFI), talked about the commission’s position being agreed upon in advance.

The aforementioned factors lead us to assume that despite legislative changes envisaged by the April 19 Agreement, the ruling party is not planning on giving up its influence over CEC and still tries to maintain its existing leverage.

Considering existing concerns around the selection process, it is most probable that the candidates for CEC chairperson will not be supported by the parliamentary opposition parties. In that case, the ruling party will not be able to appoint the selected candidate with the 2/3 majority and as indicated in the April 19 Agreement, if elected by a majority of less than 2/3, the new CEC Chair will hold the post for only 6 months. The so-called “capping” mechanism ensures that the candidate, who is not supported by the majority of the involved parties, holds the post only temporarily, for 6 months and at first glance, that mechanism seems to positively affect the level of public trust towards the elections. However, appointment of the CEC chairperson approved by the ruling party even for 6 months requires special attention considering the context. Georgia will hold the local self-government elections this October. The upcoming elections are of crucial importance for the ruling party, since according to the April 19 Agreement, snap parliamentary elections shall be called if the Georgian Dream party receives less than 43% of proportional votes in the local self-government elections. It is evident that the ruling party will attempt to use the aforementioned 6 months time in order to exert political influence over the upcoming local elections.

The potential consequences of the electoral reform resulting in the “old administration in a new form” need to be further discussed in an institutional context that exists in Georgia right before the 2021 local self-government elections. The 2020 parliamentary elections were recognized as legitimate by the international community based on the conclusion that “it was competitive and, overall, fundamental freedoms were respected”. However, the political crisis in Georgia was to some extent caused by the fact that the politically motivated court left most of the election complaints filed by the opposition parties and NGOs without consideration. Despite the fact that the April 19 Agreement also envisaged judicial reform, it is evident that the Georgian government has been regressing in that direction and it has failed to carry out any positive changes so far. The OSCE interim report as well as the statement by the United States Department of State criticize the Georgian government over the appointment of judges to the country’s Supreme Court. According to them, the process was rushed and non-transparent and it took place before the implementation of the agreed upon judicial reforms.

It is evident that civil society and opposition party representatives will not have a better opportunity to use legal leverages and file complaints in common courts concerning election results in the significant upcoming elections in October. Considering that, appointing an untrustworthy candidate as a CEC chairperson will most likely further reduce the public’s trust towards election results. Also, taking these recent developments into account, all of the aforementioned will probably lead the country to an even bigger political standoff.