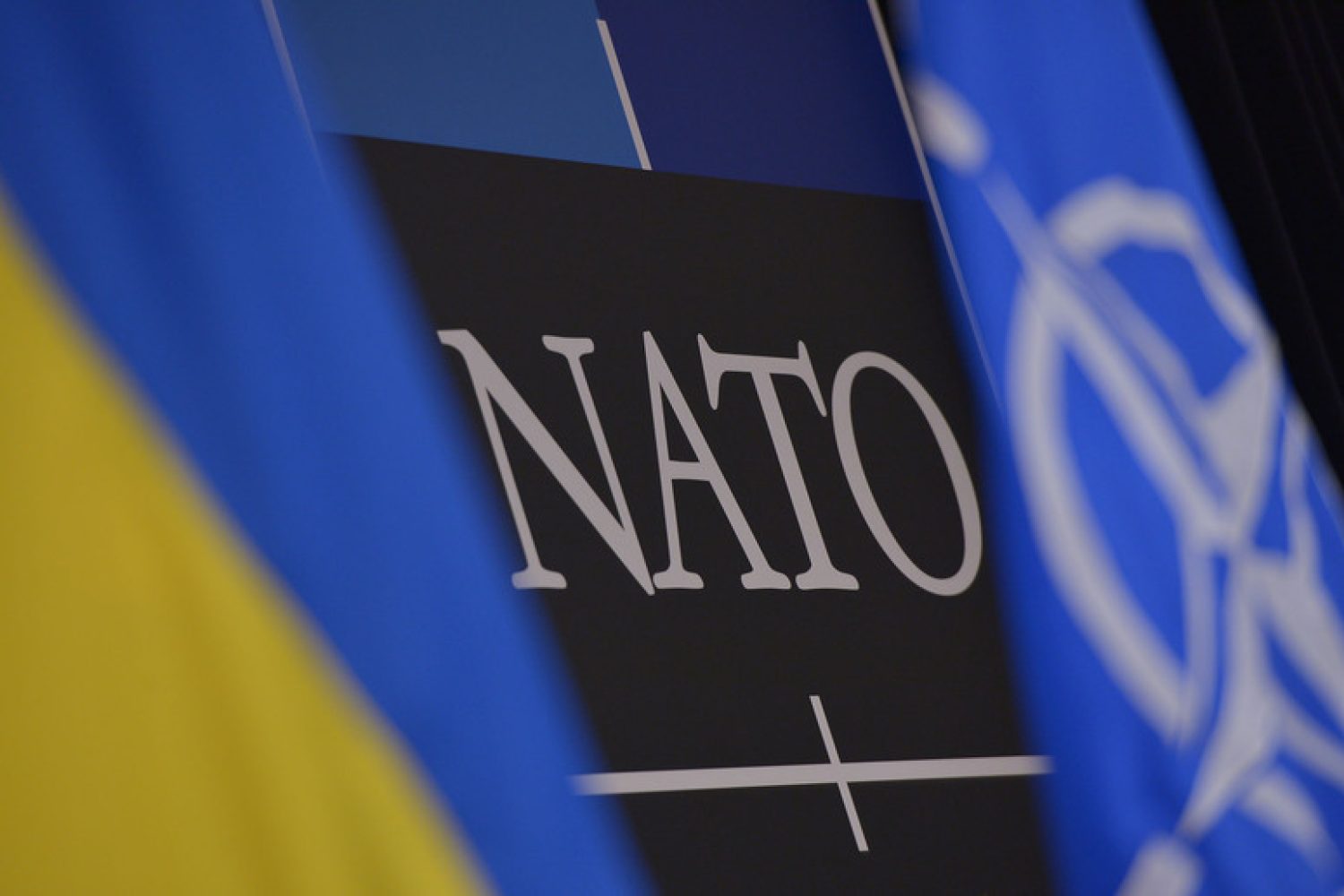 The annexation of four regions of Ukraine (Kherson, Luhansk, Donetsk and Zaporizhia) at the end of September by the Russian Federation has moved the ongoing conflict to a completely new level. Until recently, from the perspective of the Kremlin, military operations have been taking place in the territory of a neighboring country, but from now, in its perception, the conflict has moved inside the “borders of Russia”.

In response to the escalation of the conflict from the Kremlin’s side, Ukraine submitted an application for fast-track admission to NATO. Yet, after more than two months, no significant progress has been achieved. Although Western support and its armament supplies play a big role in Ukraine success on the battlefield, the apparent relatively ambivalent attitude towards Kyiv’s potential membership could be caused by the fact that this could imply direct involvement in the war for the Alliance. And this will add a global dimension to the current conflict. It also needs to be noted that the acceptance of a new member into the Alliance. which requires the support of all NATO members, at the moment seems a rather unlikely scenario.

This blog overviews how realistic at this stage is accelerated membership of NATO for Ukraine and what the impact the alliance’s involvement in the region on such a scale could be on Georgia’s Euro-Atlantic future.

Although Eastern and Central European countries have expressed full support for Ukraine’s fast-track NATO membership, its implementation in practice may not be so easy. Admission of a new member is based on the consensus of all the allies, which, as demonstrated by the positions of Turkey and Hungary regarding the membership of Finland and Sweden, is not so easy to achieve. Viktor Orbán, who is relatively less enthusiastic about supporting Ukraine, could delay this process.

It is also unlikely that events will develop in a scenario similar to the status of a candidate for EU membership. Despite the EU’s moves being surprising and geopolitically significant, Ukraine will have to travel a long path from its candidate status country to reach full membership.

Kyiv undoubtedly fully understands how unlikely it is that Ukraine will achieve full membership of NATO in a a fast-track manner. That is why the goal of President Zelensky’s strategy may at this stage be to obtain security guarantees from the West without membership of the alliance.

The first steps in this direction were already taken in August with the publication of the “The Kyiv Security Compact” authored by former Secretary General of NATO, Rasmussen, and the head of the administration of the President of Ukraine, Yermak. This multi-page report describes what Ukraine’s security guarantees should look like before it can achieve full NATO membership. Western countries have a special role in this process – the US, Great Britain, Canada, Germany, Poland, Italy, Turkey, etc – in order to avoid repetition of the fate of the Budapest Memorandum[1] or the Minsk Agreement.[2]

The recent steps taken by the Russian Federation, which includes the annexation of Ukrainian territories and the transfer of the war to its “own borders”, frees the Russian authorities to be more effective in directing military and economic resources to this war. Putin declared martial law in these occupied territories, and economic mobilization[3] in the regions bordering Ukraine. It is also worth noting that the defeat and current retreat of Russian forces in the annexed territories has been causing irritation to Russian radicals for a long time, and Kremlin propagandists are calling for the authorities to launch even more massive offensive operations.

It is in response to the escalation on the part of Russia that Ukraine’s application to join NATO in an accelerated manner should be considered. This decision of official Kyiv came as a surprise to many. Speaker of the US House of Representatives, Nancy Pelosi, avoided this topic altogether and instead focused on the needs of Ukraine’s security guarantees. The Secretary General of NATO indicated the need for a consensus on this issue among all members of the alliance and that the focus should rather be on victory for Ukraine in the ongoing war.

Therefore, Ukraine’s application to join NATO in a fast-track manner can be understood from this perspective as well, raising the threshold to the level when the West, despite Russia’s negative reaction, will have to give security guarantees to Kyiv.

Regardless of whether Ukraine will be able to join NATO at an accelerated pace, as stated by President Zelensky, it is already de facto in this organization. Moreover, along with billions of dollars in financial and military aid provided by the member states of the alliance, NATO itself is also actively involved in the coordination of this aid. According to the former NATO Deputy Assistant Secretary General, the delivery of weapons to Ukraine actually means that this country is already, without membership, under the security umbrella of this organization.

“De facto” membership of the Alliance of Ukraine and Georgia

The involvement of the North Atlantic Organization on such a scale has a significant impacts on the security of the Black Sea region and on NATO’s resilience in the Eastern European region. As, after the end of the war, Ukraine will have become the strongest state in Eastern Europe, it will be the West’s main springboard into the Black Sea region. Most likely, Ukraine will become the main conduit for NATO’s enlargement in the region and a pillar of Alliance’s resilience strategy in this geographic area.

The ongoing war in Ukraine has brought European Union’s eastern neighborhood back into the focus of Western security strategies. Such a development will help to increase NATO’s representation in the East, something that has been informally vetoed since the 2008 Bucharest Summit. Against this backdrop, the position of another NATO aspirant country, Georgia, seems strange and out of context. The important role that the country could play in the security of the Black Sea region is actually lost and untapped. Relations between Georgia and its allies seem to be developing by inertia and do not take into account the ongoing paradigm changes in the region.

In this regard, it is worth noting that Georgia is not mentioned at all in the “The Kiev Security Compact”, not even in the context of the Black Sea basin countries (Turkey, Bulgaria and Romania). For Georgia, whose geopolitical challenges and Euro-Atlantic future are directly linked to the success of Kyiv, these events should be an alarm signal.

There is a high probability that the security strategy of the West, especially of  the US, towards the Black Sea will be completely focused on Ukraine. Therefore, the Georgian government’s soured relations with Kyiv and the crack in the strategic partnership pose a danger for Tbilisi to be left outside the West’s security umbrella. To mitigate these risks, Georgia should repair its relations with Ukraine and conduct a proactive foreign and defense policy adapted to the rapidly changing geopolitical context of the region.

[1] The memorandum from 1994 guaranteeing Ukraine’s territorial integrity. Since 2014 Russia, one of the signatory countries, keeps violating the document

[3] One level lower from the martial law