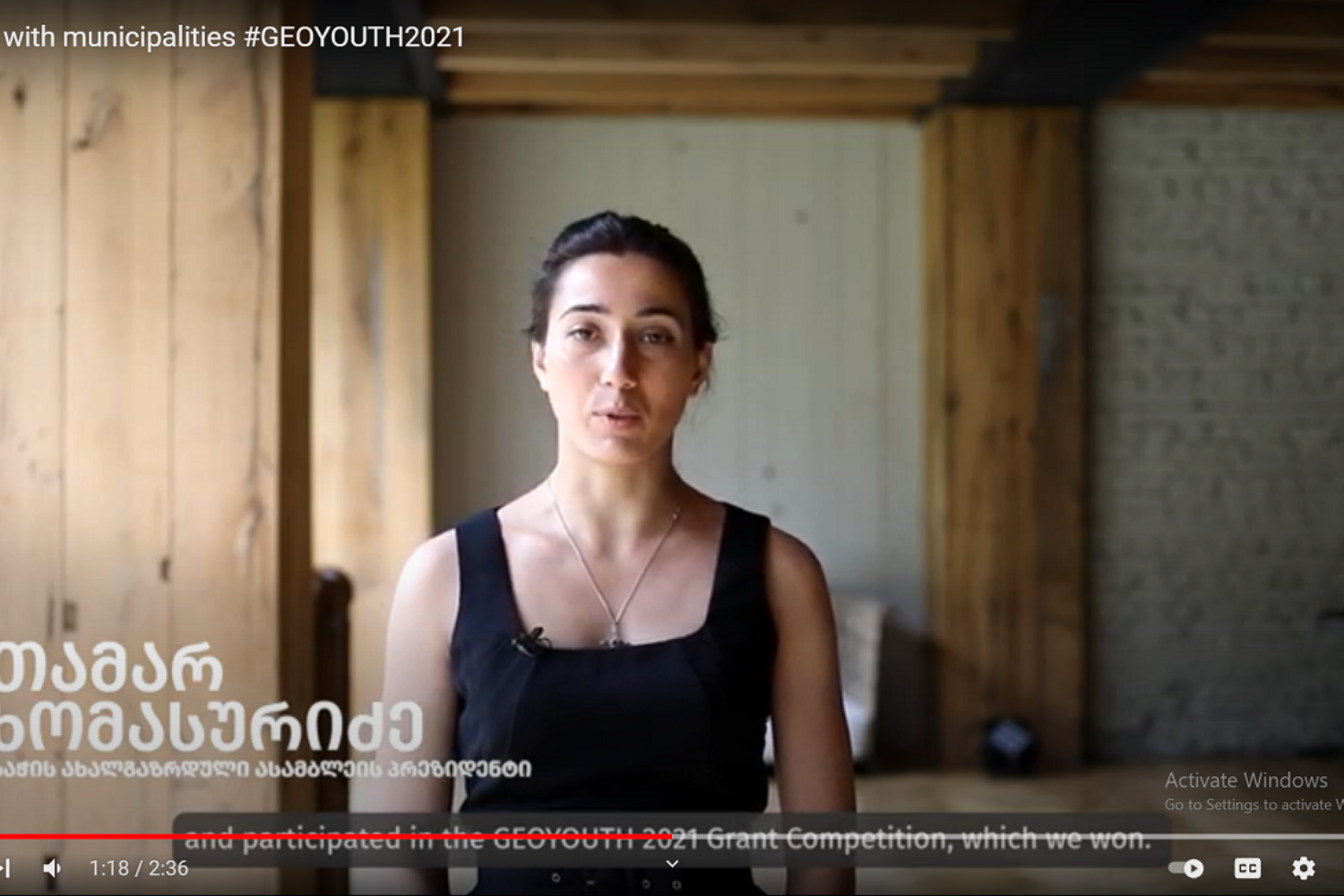 🟣 The project team organized two training sessions on “Youth Participation and Involvement” and “Local Governance in Georgia” and held two general meetings of the Youth Assembly of Racha. The Oni Mayor Advisory Council had one meeting directly with the Mayor in the physical space and 3 internal workshops using the Zoom platform. In total, the project reached 46 beneficiaries.
🟣 As a result of the project, the Oni Mayor’s Youth Advisory Council became involved in the civic budgeting program and submitted 14 project ideas to the Oni Municipality, while the municipality received a total of 37 ideas. The biggest achievement is that the Oni Mayor’s Youth Advisory Council is involved in the development of an action plan for 2021-2023, which is still under the preparation process and will be approved soon. The project also played an important role in increasing the involvement of Ambrolauri Council members in the discussions of various documents.

🟩 Youth for the Local-Self Governance, Tsageri
📍 Tsageri, Leckhumi-Lower Svaneti
🎯 The goal of the project was to help young people residing in Tsageri municipality to understand the importance of their participation in a decision-making process, learn how the local municipality and different departments operate, and the ways young people can become more active locally.

🟣 The project modules covered topics such as local self-governance, its history, legislative framework, authorities, budget, participation tools, e-democracy, and e-governance as well as European practices and perspective of further development of local self-governance in Georgia.
The modules contained presentations and film screenings, as well as group works, debates, and discussions, as well as the petition writing workshop. Diverse activities ensured participants’ active involvement in the project and increased their motivation and interest in applying the knowledge they gained against the challenges they face in the municipality.
🟣 As a result of this initiative the Youth Council was formed by the project participants. The initiative group is planning a series of activities that implies working with the local municipality and lobbying for the issues that were identified.

🟩 Youth for Changes
📍 Kazbegi, Mtskheta-Mtianeti
🎯 The project took place in Kazbegi and aimed at increasing the awareness of municipalities budget planning among the local youth; deepening the skills of leadership, presentation, team work, knowledge of their own rights, budget details and youth political involvement.

🟣 The youth representatives from Kazbegi (age 14-18) were trained on municipality functions, budgeting and youth political involvement. They then reviewed the municipality budget, and presented their suggestions to the City Council – which in turn promised to consider it when planning the next year’s budget. The initiative group is planning to continue monitoring City Council’s activities after the elections and publish updates in the local newspaper to raise awareness among the local population.

🤝 Project #GEOYOUTH2021 is implemented by the Georgian Institute of Politics (GIP) in cooperation with the German organization Polis180 with the financial support of the Ministry of Foreign Affairs of the Federal Republic of Germany.
📌 The project is a continuation of #GEOYOUTH2020, in which a youth manifesto was developed by more than 150 young people, including representatives of ethnic minorities and mountainous regions. The document, published before the 2020 parliamentary elections, outlines the challenges of youth political involvement and offers the public ways to address them 🎯🚀
The project is funded by the German Federal Foreign Office.