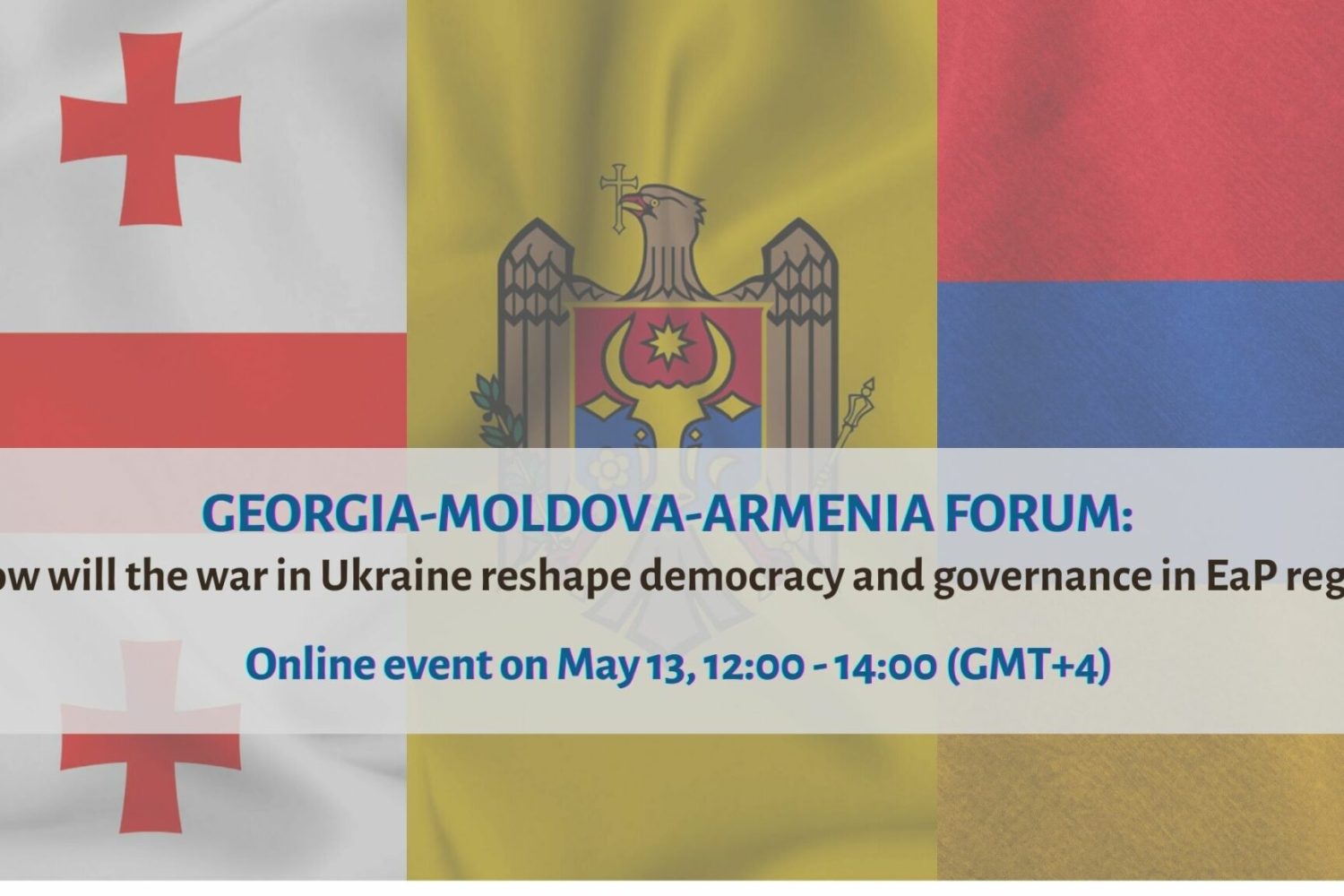 On May 13, 2022, the Georgian Institute of Politics (GIP), in partnership with the Analytical Centre on Globalization and Regional Cooperation (ACGRC) and the Institute for European Policies and Reforms (IPRE), organized a virtual GEORGIA-MOLDOVA-ARMENIA FORUM –  “How Will the War in Ukraine Reshape Democracy and Governance in EaP”.

The forum included two panels on the following topics:

During the first panel of the forum Dr. Stepan Grigoryan (Chairman of the Board, Analytical Centre on Globalization and Regional Cooperation (ACGRC); Mr. Iulian Groza (Executive Director, Institute for European Policies and Reforms (IPRE), Moldova) and Dr. Shota Kakabadze (Junior Policy Analyst, the Georgian Institute of Politics) discussed EU integration and its effects on EaP countries, By answering the following questions: What has been the impact of Europeanization and how will the new dynamics affect the democratization process in these two countries? Does it pose any challenges to Armenia and what opportunities might open up if the candidacy status is granted to Georgia and Moldova?.

The Forum was a part of a project “EaP Cooperation for Stronger Democracy: Georgia, Moldova and Armenia”. The project is implemented by the Georgian Institute of Politics (GIP, Georgia) in partnership with the Institute for European Policies and Reforms (IPRE, Moldova) and Analytical Center on Globalization and Regional Cooperation (ACGRC, Armenia).

The project benefits from support through the Netherlands Fund for Regional Partnerships MATRA for regional cooperation in the Eastern Partnership (EaP).