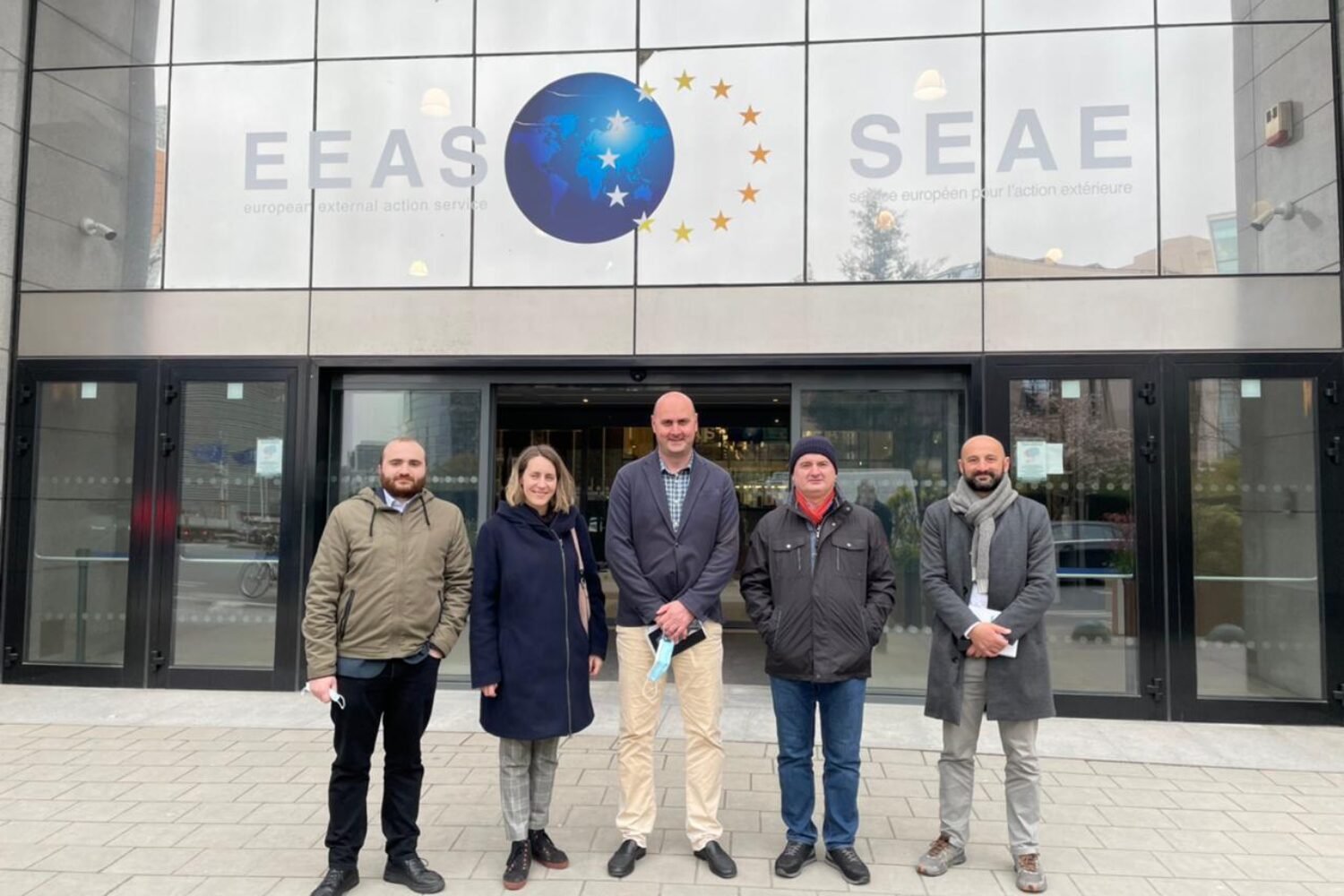 On April 4-6, GIP organized an advocacy trip to Strasbourg and Brussels to exchange on the perspectives of Georgia’s application of the EU candidate status and political challenges amid Russia’s war in Ukraine.

The delegation of civil society representatives met some of the main stakeholders working on EU-Georgia relations, as well as those responsible for preparing the questionnaire for Georgia. Following the European Parliament currently at session in Strasbourg, GIP organized meetings with MEPs Andrius Kubilius (EPP), Viola von Cramon-Taubadel (Greens/EFA), and Petras Auštrevičius (Renew Europe). In Brussels, the working agenda featured an informal discussion at the Centre for European Policy Studies (CEPS) “Georgia’s strategic dilemmas amid Russia’s war in Ukraine: Perspectives from think tanks and civil society”, attended by CEPS, DG Near and Ambassador of Georgia to the EU H.E. Vakhtang Makharoblishvili. While in Brussels, GIP also had exchanged with the External Action Service, the Civil Society Forum and the European Endowment for Democracy.

Discussions with European stakeholders aimed to share the perspectives of Georgian think tanks and civil society on Georgia’s foreign and security policies amid Russia’s war in Ukraine, the country’s application for the EU membership, and the next steps for deepening the EU-Georgia relations – especially on the role of the civil society in this process.

The advocacy trip was organized as part of the project “Georgia’s Europeanization: Assessing Progress Post 2020”, with the support of the Open Society Georgian Foundation (OSGF).