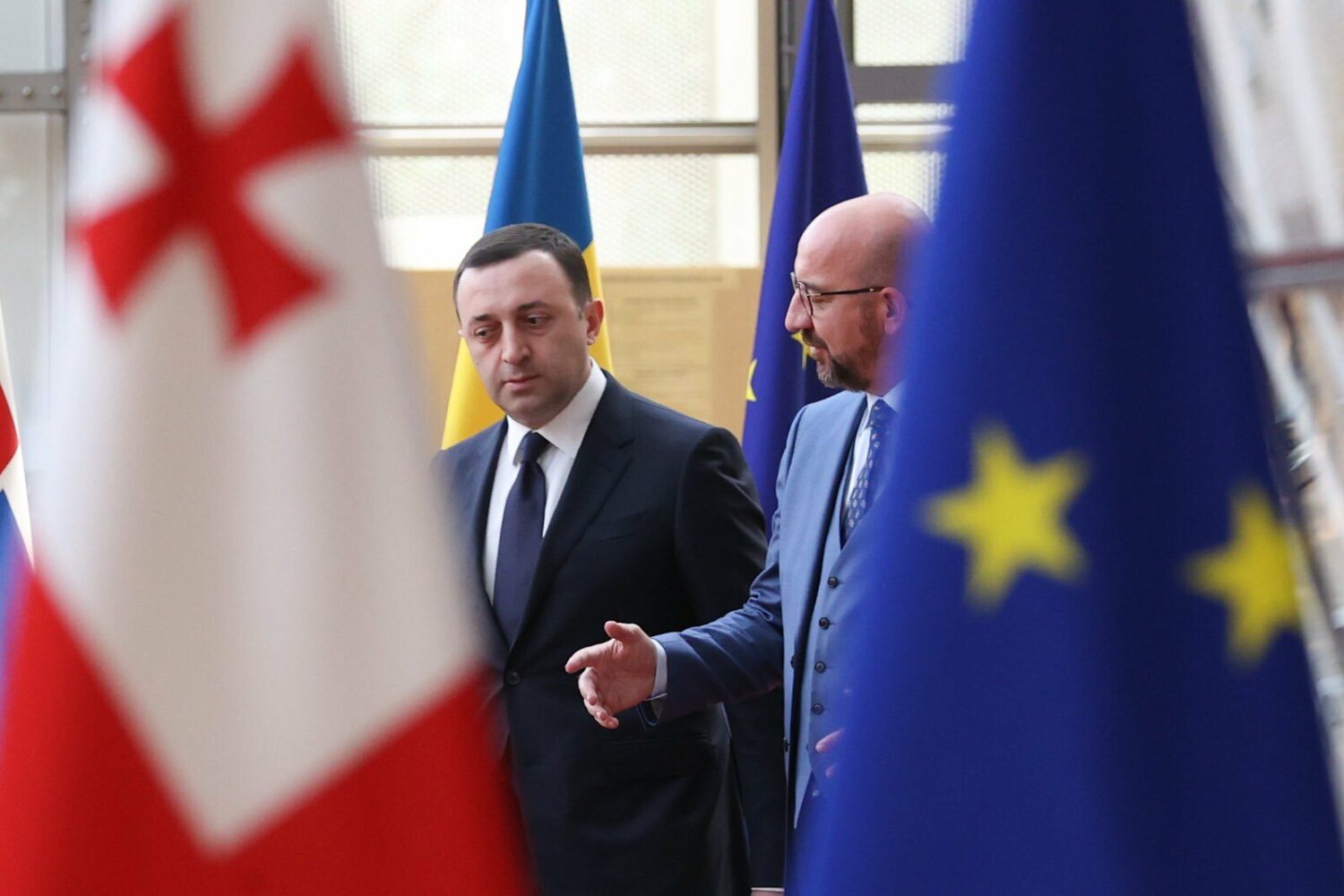 In June the European Council is expected to decide whether or not to grant candidate status to Georgia, Moldova, and Ukraine, known collectively as the Associated Trio. Just three months ago, the most these countries could hope for was an unenthusiastic acknowledgment of their European aspirations by the EU27, as often seen in Eastern Partnership Summit declarations. The geopolitical earthquake produced by the Russian invasion of Ukraine pushed the EU out of its comfort zone and in search of extraordinary decisions, including a possible eastward enlargement of the union. Georgia meets this historic opportunity with a mixed balance sheet. What can we expect from the June summit and what needs to be done to advance Georgia’s prospects of European integration?

The answer to the first question lies in the accumulated experience of the EU’s enlargement in the period following the fall of the Berlin Wall. An interplay of three major factors tends to be decisive: first, the EU has to have a clear geopolitical interest and see the strategic benefit to further enlargement; second, it has to feel a moral imperative to act, as it did in the case of Central and Eastern Europe after the end of the Cold War; and finally, the demandeur states, in addition to being in Europe geographically, need to demonstrate a degree of compatibility with the EU aquis and a commitment to European values. Depending on the circumstances, the weighted value of one or more factors may vary but for the best possible outcome, all three need to work in unison.

The June summit will be heavily influenced by geopolitical considerations such as the need to contain Russia, strengthen European security and ensure energy independence. The European integration of the Trio countries would signal a strategic defeat for Russia and potentially enhance security along Europe`s volatile eastern edge. It could also increase the geopolitical weight of the EU as a leading actor in the neighborhood particularly vis-à-vis Russia. However, there is no consensus among the EU27 on whether hastened eastern enlargement would bring an added value or pose a risk to European security and intra-union viability. There are also diverging views on the EU’s strategic interests in the neighborhood and its role in the post-Ukraine-war international order.

Nevertheless, history shows that such divisions are not new. All previous waves of enlargement were also accompanied by doubts and disagreements that were eventually overcome under mounting political and moral pressure. The EU in the aftermath of the Cold War became a major political player almost by default rather than by design. Similarly, today, it is pushed to become a geopolitical actor and live up to the challenge of responding to Russia in the face of its brutal, unprovoked aggression against a European nation. The least the EU can do is to send a positive signal to Ukraine and offer it candidate status, symbolically extending its ‘peace umbrella’ over the embattled country. The two other partners, Georgia and Moldova, are also under direct threat from Russia and have been long-time campaigners for closer integration. It makes both practical and geopolitical sense, therefore, to put them in one package and offer all three realistic prospects of membership under the same or differentiated terms.

The main challenge is the lack of readiness of the three countries in terms of compatibility with the Copenhagen Criteria, which is why French President Macron was quick to add that full membership may take decades, similar to the Western Balkans. Out of the three, Georgia used to be the frontrunner of the Eastern Partnership, comparing well with the candidate countries of the Western Balkans (CEPS, Balkan and Eastern European Comparisons). It was one of the fastest reformers in the region, making European and Euro-Atlantic integration a cornerstone of its post-independence political agenda. It was the first to pay a heavy price for its strategic choice, starting from the wars of the 1990s and 2008. Despite human and territorial losses, Georgia is also a country where popular support for the European and Euro-Atlantic integration remains consistently high and growing.

Today, however, Georgia is arguably the laggard of the Trio. International opinion is hardening around Georgia`s democratic backsliding and the country is fast losing friends that could champion its integration in the EU. The government unwisely dismisses all criticism as ill-informed and biased. Domestic party-political score setting is negatively affecting not only the quality of the Georgian democracy but also its foreign policy, including relations with the EU and Ukraine. The ruling party pulled out of the April 19 agreement brokered by the President of the European Council, Charles Michel, which aimed to reduce polarization in the country by introducing elements of power-sharing and committing to the reform agenda. The main opposition party also refused to take part and the agreement fell victim to domestic infighting, delivering a political ‘slap in the face’ to Brussels. Relations with Ukraine have also been strained, with the chairman of the ruling party accusing Ukrainian authorities of acting under the influence of Georgia’s opposition. At times when Georgia’s European future is practically decided by events in Ukraine, the inability or unwillingness to effectively manage relations with Kyiv is among the worst of the political and diplomatic failures of the current government.

Given the geopolitical and moral pressures on the EU, Georgia, Ukraine, and Moldova may well receive a European perspective at the June summit in one form or the other. Whatever the wording or the conditionality of the decision, it will be a considerable breakthrough compared to the pre-war situation. It will also be the beginning of a long and difficult process. The EU will not compromise on the Copenhagen Criteria and the procedures envisaged in the EU Treaty. If the Georgian government is serious about its commitment to European integration, it will have to return Georgia to the path of reform, good governance, and democracy.

On the foreign policy front, Georgia should normalize relations with Ukraine and invest in the Associated Trio. Moldova and Ukraine represent a logical geographic couple, while Georgia stands apart. If it also becomes politically detached from the associated partners, it will be difficult to overcome the physical and political distance separating Georgia from the EU. In addition, it should cultivate strong alliances among member states that could potentially support Georgia`s European integration. The Baltic states have been Georgia`s traditional champions but relations have soured due to Georgia’s awkward positioning over Ukraine.

The biggest obstacle to Georgia’s European perspective today, however, is its domestic politics. As an immediate priority, the Georgian government has to signal its commitment to reforms and consider sharing power. Instead of outsourcing responsibility for failures, it should take criticism seriously and try consensus democracy. This is the model traditionally used in highly divided societies that has worked well in European states such as the Netherlands and Belgium, healing historic divisions. Without effective power-sharing, Georgia will not be able to overcome existing polarization and its winner-takes-it-all political culture. 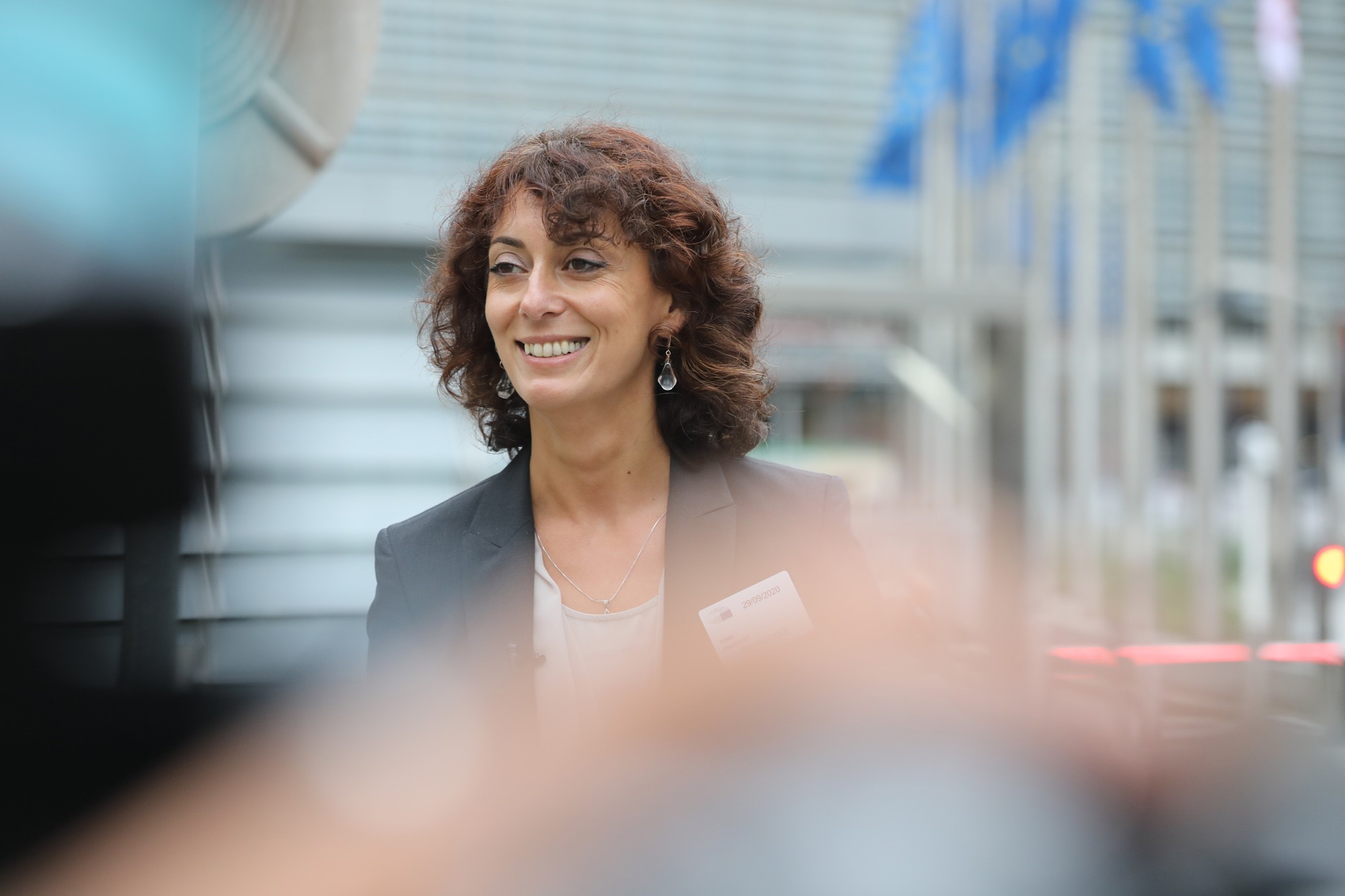