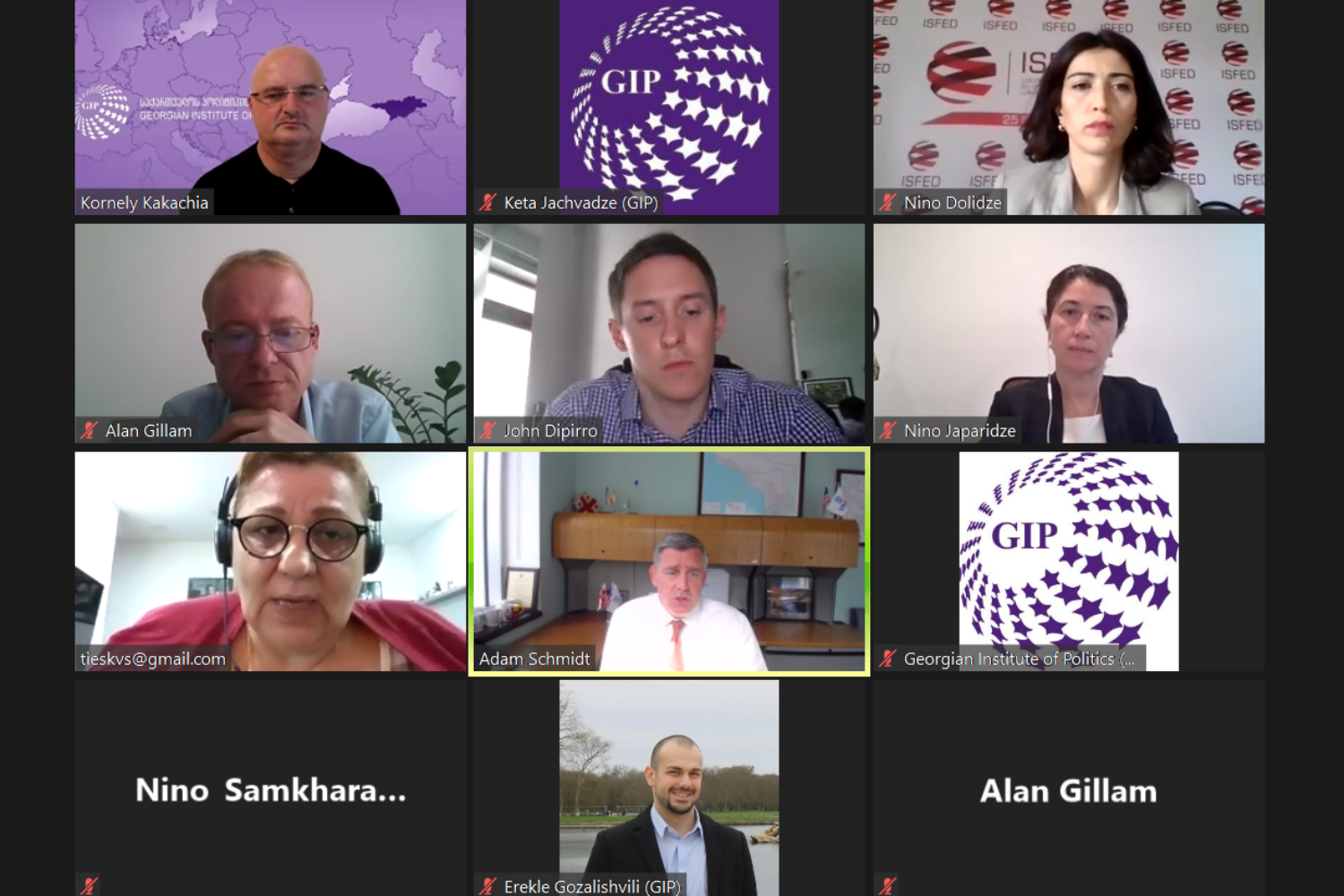 On June 2, 2021, Georgian Institute of Politics (GIP) hosted the 2nd panel of the 6th edition of its traditional annual Democracy Conference #GEODEM2021. The main theme of the panel was Polling Wars in Georgia: How to Ensure Trust? Considering the hitherto low levels of general public trust and the increasingly nihilistic electorate, the research organization representatives discussed the following questions: Why polling matters and whom do the polls serve?; What can be done to ensure that trust towards exit polls is not undermined?; Moreover, given how public opinion and exit polls tend to be politicized, how can Georgian voters make sense of differing pictures they portray? To what extent can ongoing attempts from politicians to discredit polling organizations undermine the role that non-partisan polling plays in Georgia’s democratic development?; And how can be a politicization of the polling process be avoided? 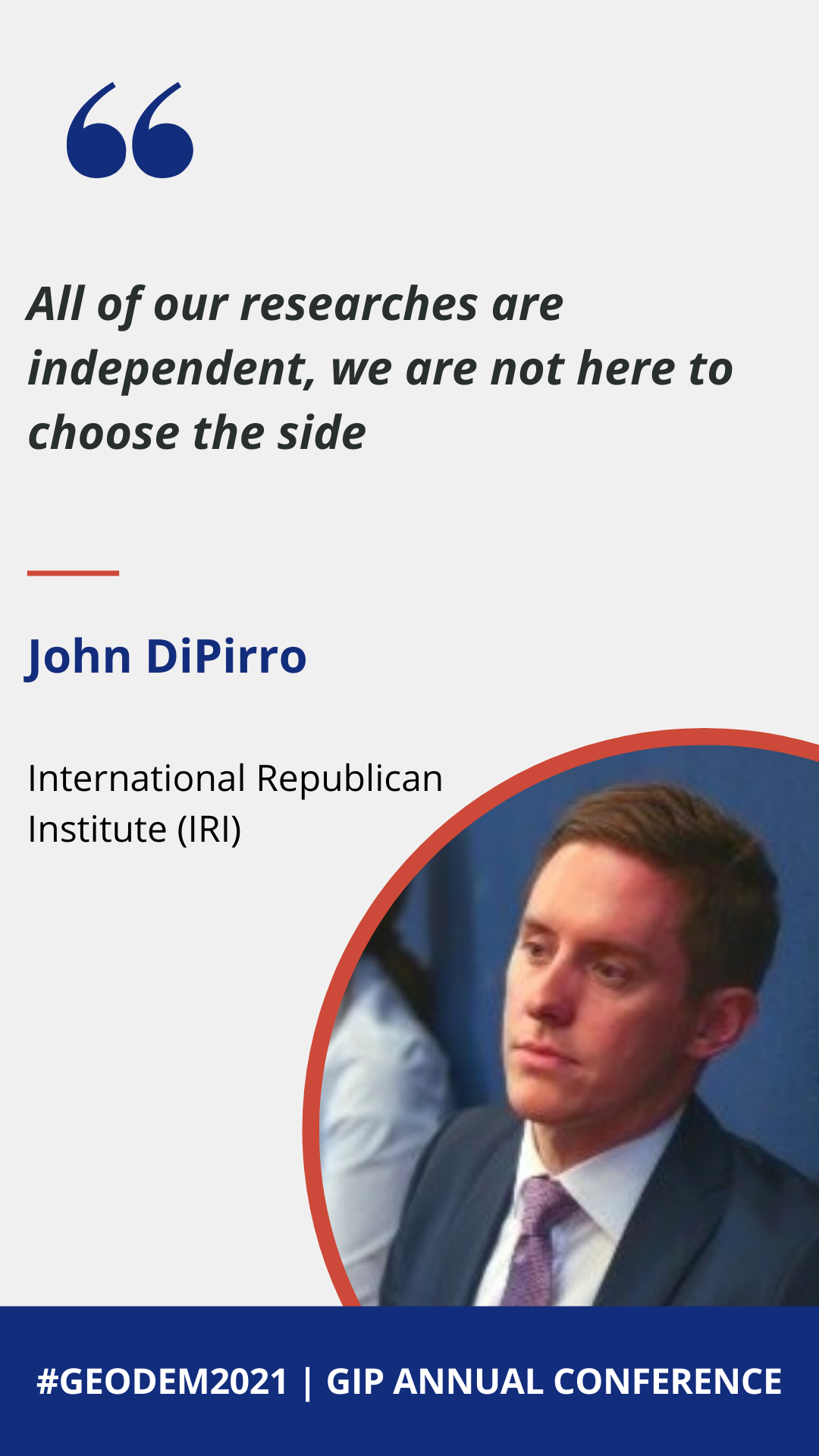 The participants highlighted the importance of public opinion polls for Georgia’s democratic development. According to Adam Schmidt, public opinion polling is a tool specifically designed to showcase preferences of the public, which can help decision-makers to implement effective policies. Alan Gillam further elaborated on the points voiced by Adam Schmidt and emphasized that smart and experienced politicians highly value polling results and include them in their working plan in order to gain more political benefits. 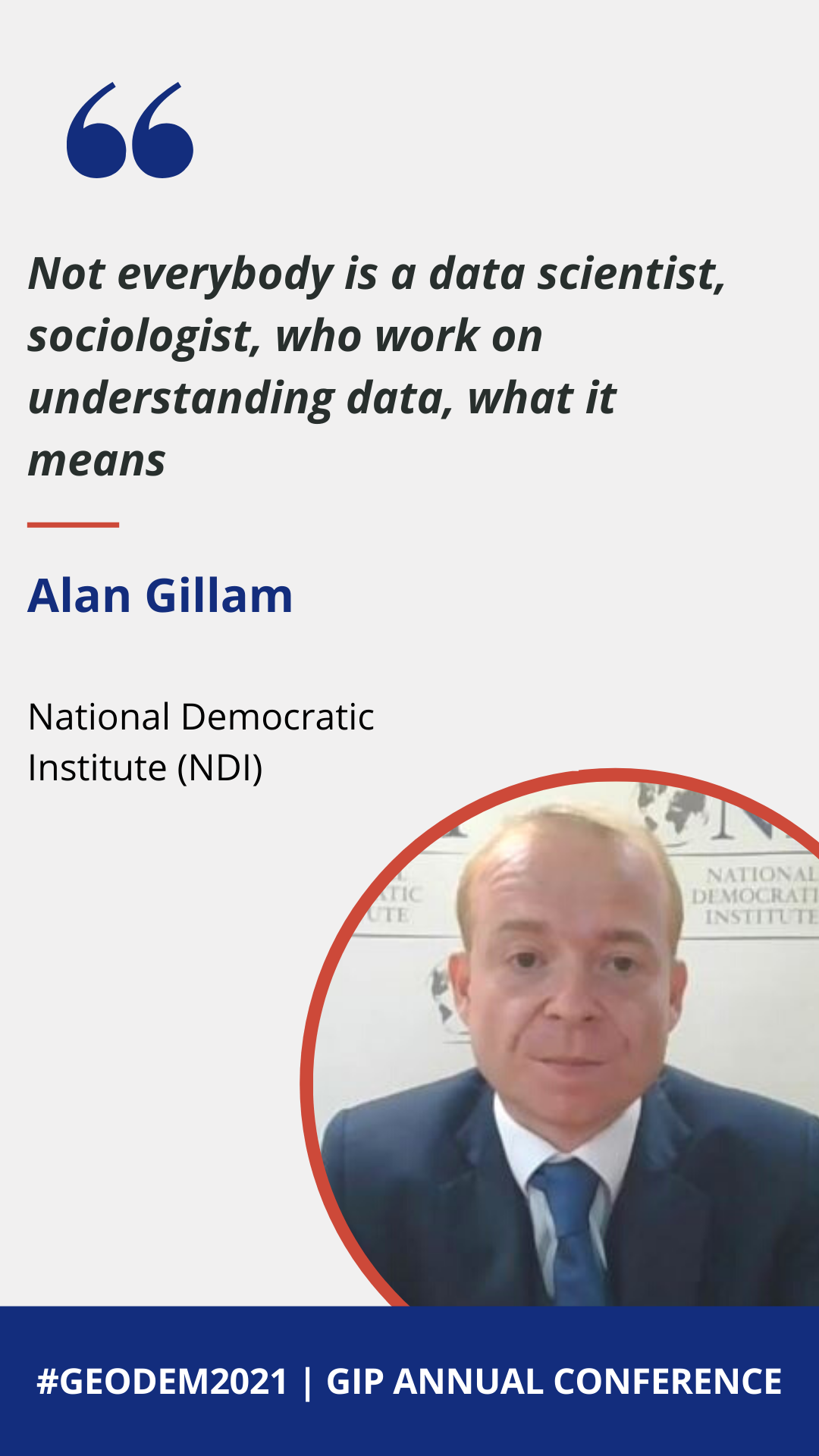 The speakers pointed to the role of Georgian political parties in the problem of low levels of general public trust towards opinion polling results. According to John DiPirro and Alan Gillam, political actors often voice discrediting statements with regards to those polls that do not benefit them politically. Nino Dolidze pointed out that considering the highly polarized political environment in Georgia, the aforementioned approach employed by the political parties affect the public opinion towards those polls as well due to the fact that the political parties and their supporters have similar attitudes towards the public opinion polls. Consequently, the aforementioned factor accounts for the level of trust towards polling results among the Georgian public. Nino Dolidze also touched upon the issue of political party ratings and pointed out that the support towards the parties measured in the pre-election period cannot be indicative of the election results due to the fact that the research organizations only show preliminary public attitudes in the given moment and those attitudes can be changed as a result of the pre-election campaigns. 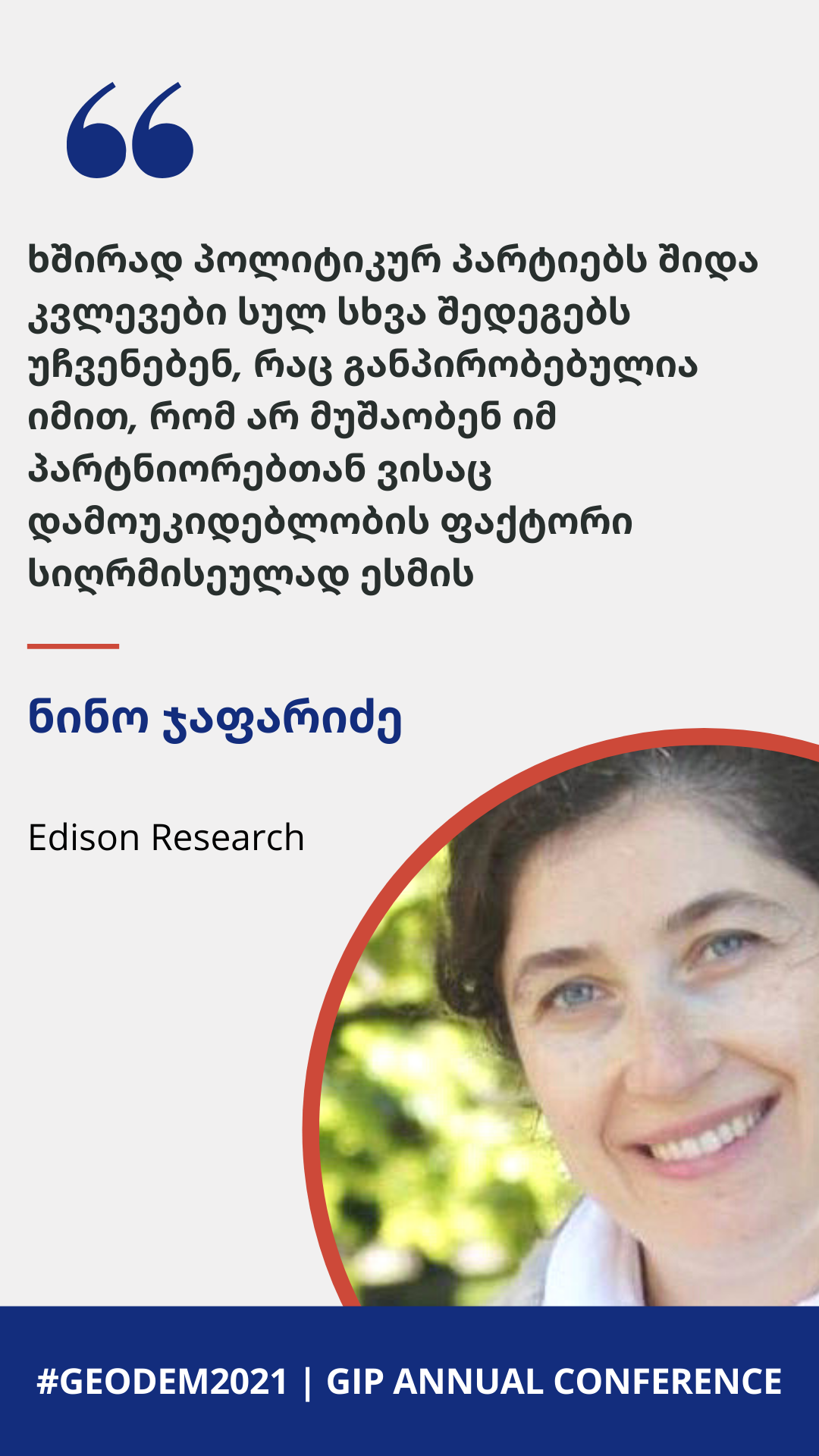 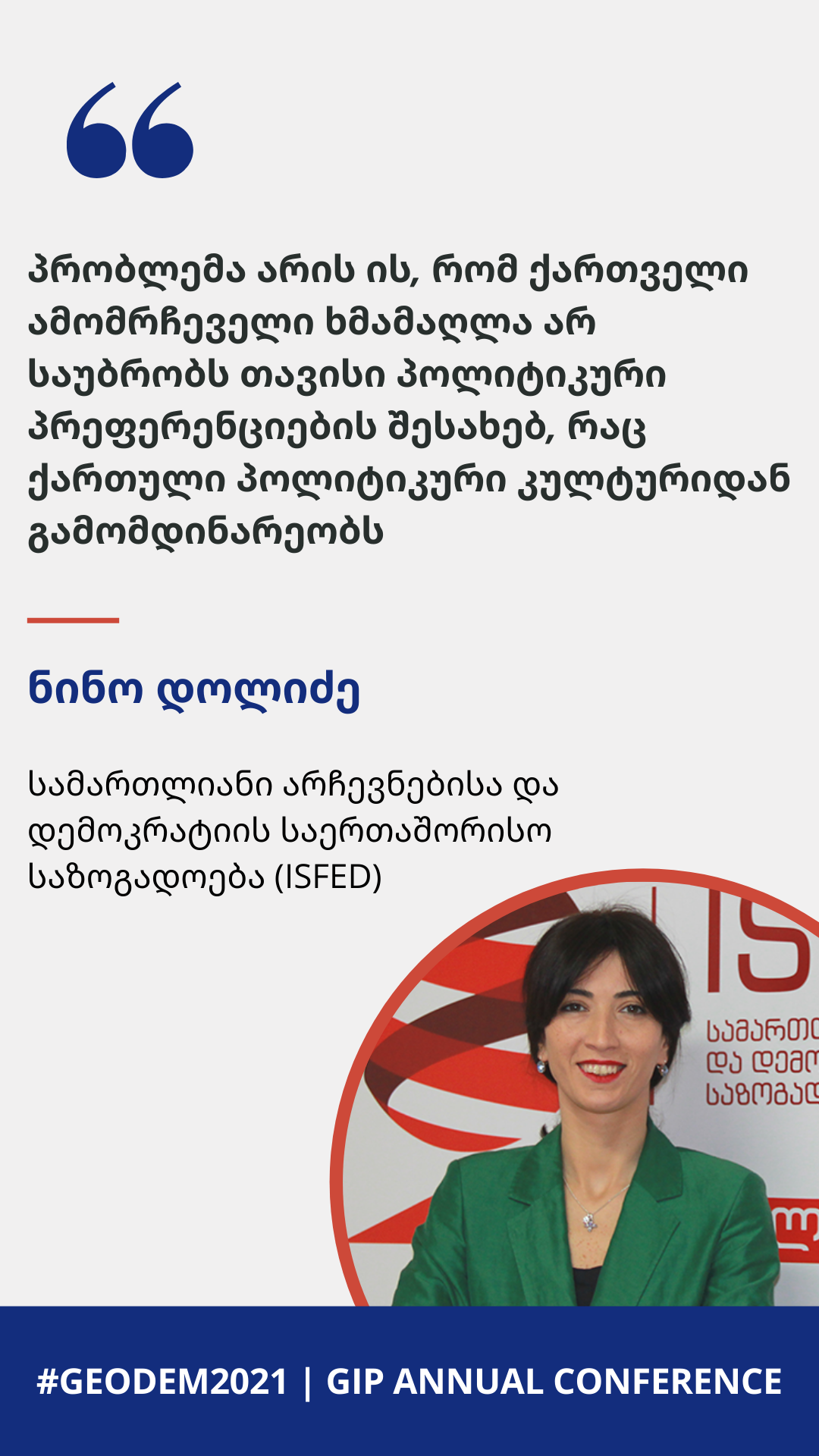 According to the speakers, it is crucial to better inform citizens and media regarding the research methodology used in polling in order to increase citizens’ trust towards the public opinion polls. They added that the research organizations should provide different demographic groups of society with more detailed information about the research methodology. That will help the citizens to understand how the provided data can be properly interpreted without changing or distorting the actual results.

The last, 3rd panel of GEODEM2021 will be held online on June 16th on the topic – Populist Nationalism and Euroscepticism: Imagined or Real Threat for Associated Countries? Detailed information about the third panel will be published soon. Follow our website and social media platforms to stay updated!