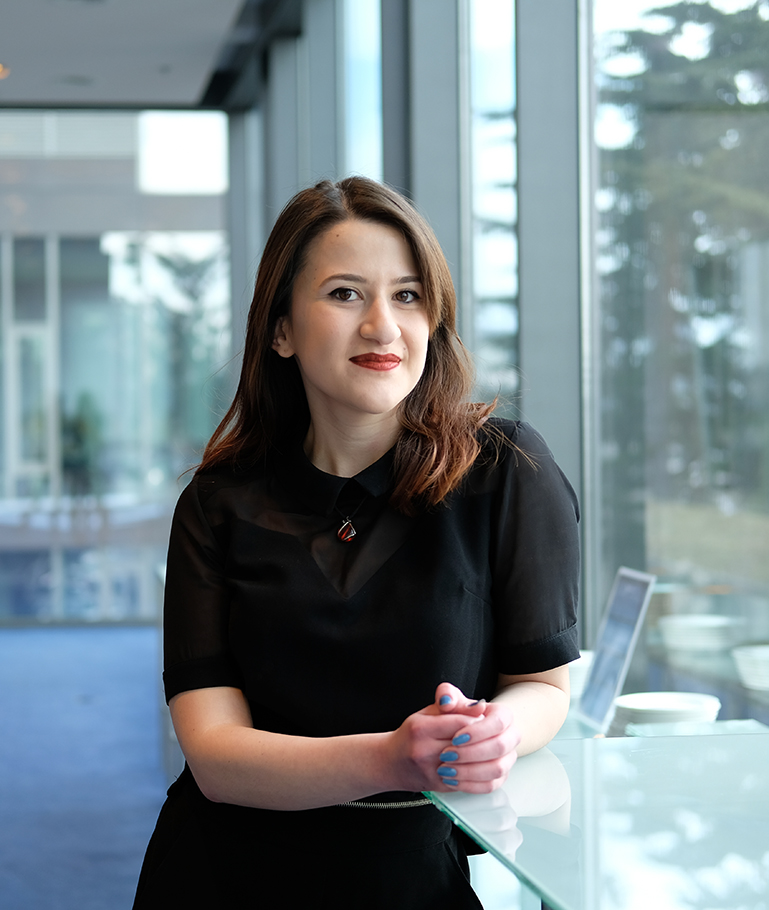 Mariam was a Communication Coordinator at Georgian Institute of Politics (GIP) in 2015-2019. She organized conferences and events, as well as managed the GIP web page and social media and communicates GIP products to the media and public.

She earned a Bachelor of Social Science in Journalism and Mass Communication from Tbilisi State University and an MA in Film Studies from Ilia State University. Before joining GIP, as a freelance journalist Mariam was writing for IWPR Georgia (Institute for War and Peace Reporting ), she has also done several internships as a journalist at Radio Free Europe / Radio Liberty Tbilisi bureau and at Radio “Commersant”. Mariam has also worked as a Program Department Manager at CineDOC-Tbilisi – 1st international documentary film festival in the Caucasus.