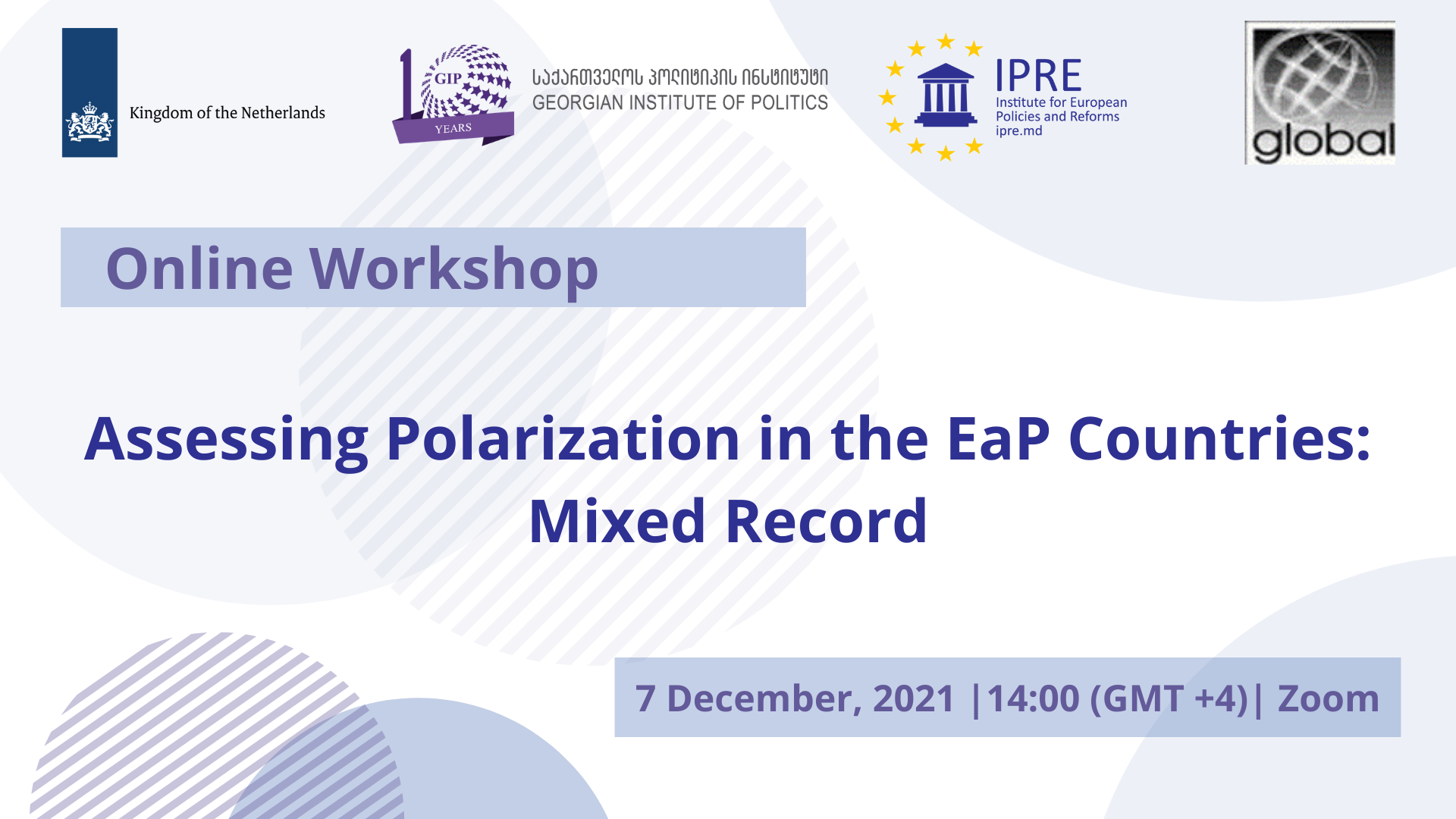 On December 7, the Georgian Institute of Politics (GIP), together with the Institute for European Policies and Reforms (IPRE, Moldova) and Analytical Center on Globalization and Regional Cooperation (ACGRC, Armenia), organized an online workshop titled “Assessing Polarization in the EaP Countries: Mixed Record.”

The workshop brought together experts, civil society representatives, and media from Georgia, Moldova, and Armenia, searching for successful examples of addressing polarizations, sharing experiences on the challenges to democracy building and ways forward.

The speakers from each EaP country spoke about the political environment in their countries and the challenges of polarization they are trying to solve.

All three EaP countries in focus, Georgia, Moldova, and Armenia, have experienced the negative effects of polarization on their political environments, which undermined much of the efforts of consensus-based politics, coalition building, and strengthening of the democratic institutions. While the last year’s constitutional changes created conditions for multi-party parliament, Georgia has found itself in the grips of extended political crisis, which has damaging effects on the country’s reforms and European integration. In Moldova, geopolitics has been a dividing factor often abused by populistic political groups, preventing seeking tangible progress in the country’s development.

Recently, ethnic cleavages started dominating the populist agenda to gain popularity. The Moldovan society did not support such attempts to misuse ethnic divisions in the recent elections, but more efforts are needed to combat polarization on ethnic grounds. After the Velvet Revolution in 2018, Armenian society hoped-for changes and reforms. But as the Parliamentary elections in December 2018 were carried out with an old electoral code, Armenia elected a Parliament with only three factions where the ruling party has a Constitutional majority. Such power distribution created challenges for pluralistic and unaccountable governance, which worsened after the war over Nagorno Karabakh.

The workshop is a part of a project, “EaP Cooperation for Stronger Democracy: Georgia, Moldova, and Armenia.” The project is run by the Georgian Institute of Politics (GIP, Georgia), and project partners are Institute for European Policies and Reforms (IPRE, Moldova) and Analytical Center on Globalization and Regional Cooperation (ACGRC, Armenia). The project benefits from support through the Netherlands Fund for Regional Partnerships MATRA for regional cooperation in the Eastern Partnership (EaP).