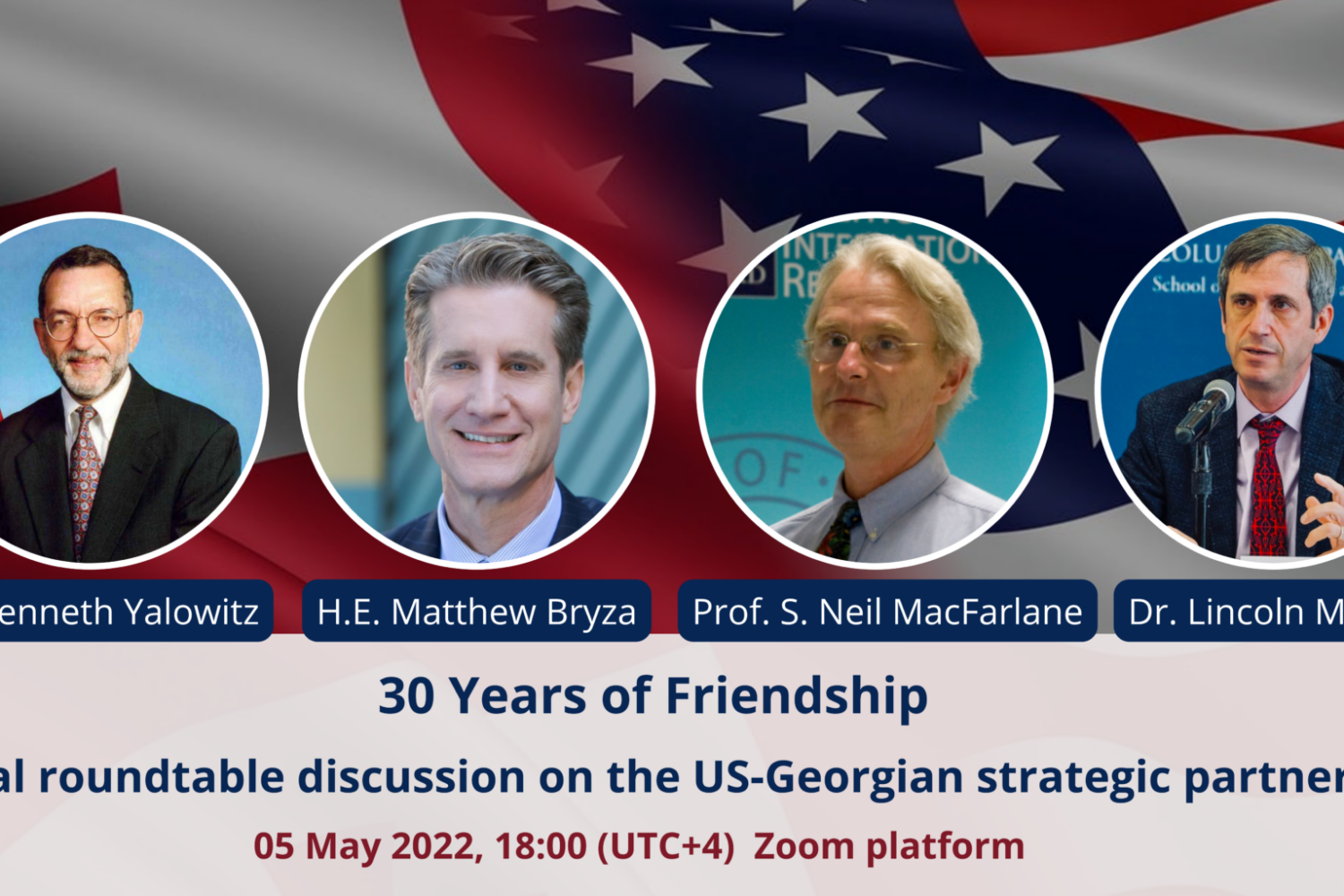 On May 5, 2022, the Georgian Institute of Politics organized the virtual roundtable discussion: “30 Years of Friendship: Virtual Roundtable Discussion on the US-Georgian Strategic Partnership”, which referred to 30 years of establishing diplomatic relations between the United States of America and Georgia.

The high-level online discussion brought together distinguished speakers: Ambassador (ret.) Kenneth Yalowitz, former U.S. Ambassador to the Republic of Belarus from 1994-1997 and to Georgia from 1998-2001); Ambassador (ret.) Matthew Bryza, Former Deputy Assistant Secretary of State and Director on the National Security Council Staff at the White House for U.S. relations with Turkey, Cyprus, Greece, Central Asia, and the South Caucasus; Prof. S. Neil MacFarlane, Department of Politics & International Relations, the University of Oxford; Dr. Lincoln Mitchell, School of International and Public Affairs, Columbia University; and Prof. Kornely Kakachia, Director, the Georgian Institute of Politics. They overviewed thirty years of partnership between the United States and Georgia and offered their insights on where this relationship is heading, answering the following questions:

After a fruitful discussion the moderator of the virtual roundtable Dr. Mamuka Tsereteli (Sr. Fellow for Eurasia at American Foreign Policy Council’sCentral Asia-Caucasus), encouraged us to continue with similar discussions, which would focus on the specific issues of US-Georgia relations.

This year marks 30 years since the establishment of the diplomatic relationship between the United States of America and Georgia. For the last three decades, the two countries have cemented strategic partnerships and close links. For years, this relationship was marked by important milestones such as the Georgia Train and Equip Program, GeorgiaSustainment and Stability Operations Program, US Georgia Charter on Partnership, and many more. The United States, regardless of the administration in the White House, has been a fierce supporter of Georgia’s Euro-Atlantic aspirations and Tbilisi’s key ally in the international arena.

Strong bonds between the two are also reflected in the public perception, as for many years in a row, Georgians see the USA as the main friend of the country. However, there is a growing impression that this partnership is developing by inertia, and a new impetus or vision that will further strengthen this relationship is needed.