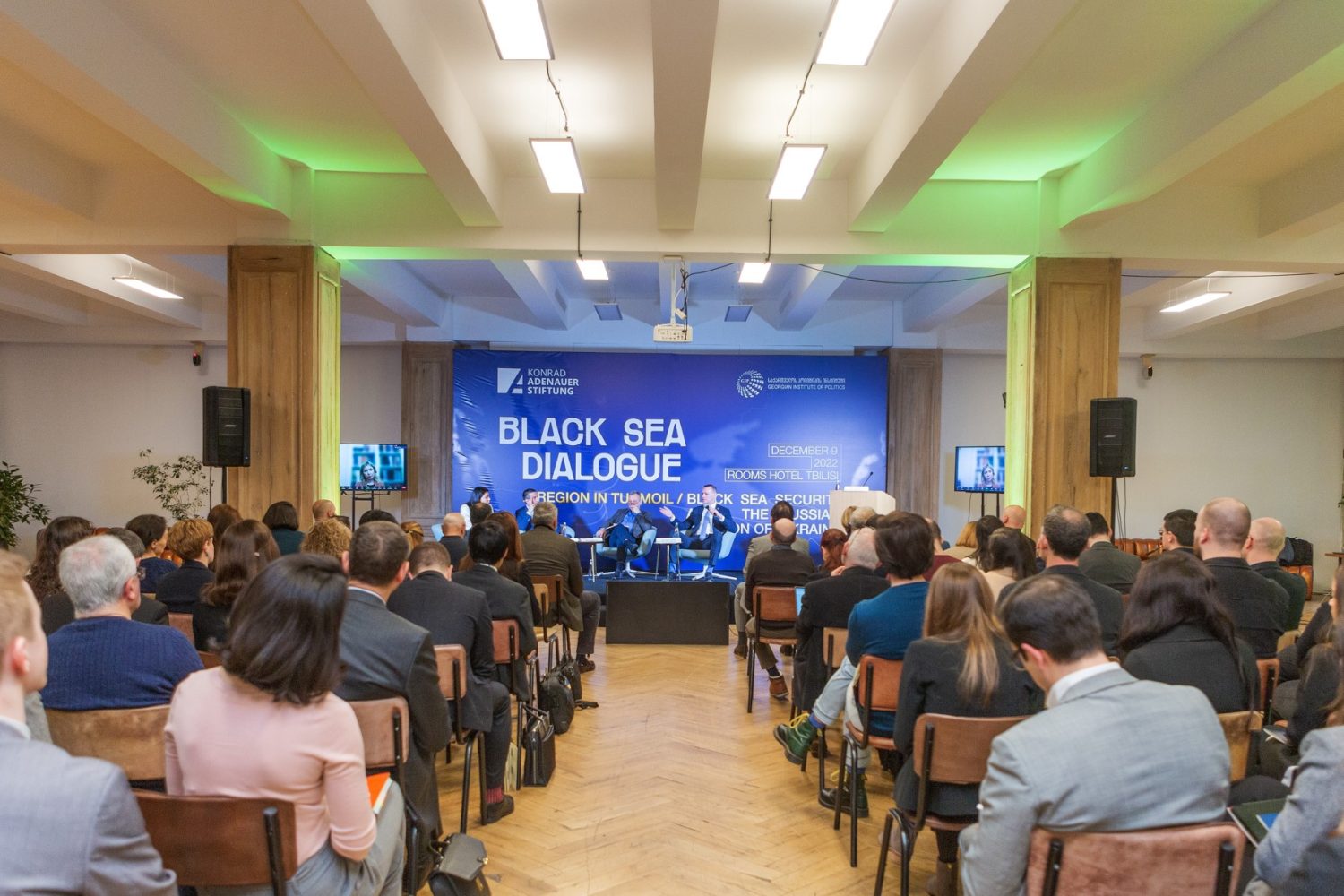 The Black Sea region and its security came under the global spotlight in February 2022 when Russia invaded Ukraine. In this highly turbulent and fragile situation, the countries of the Black Sea region are trying to analyze the current events, possible scenarios and solutions.

In response to the growing geopolitical challenges, the Konrad-Adenauer-Stiftung South Caucasus and the Georgian Institute of Politics organized a public discussion “Black Sea Dialogue. A Region in Turmoil: Black Sea security after the Russian invasion of Ukraine“, which was held on December 9, 2022.

The event brought together well-known foreign policy and security experts and policymakers from the region and Georgia. The purpose of their meeting was to strengthen the dialogue between the countries of the Black Sea region.

The participants of the public discussion exchanged assessments on current geopolitical events and discussed the potential for enhanced cooperation, enhanced security, and democracy in the Black Sea region.  The event was opened by the First Deputy Minister of Foreign Affairs of Georgia, Lasha Darsalia.

The Black Sea Dialogue initiative will continue actively in the future. The dialogue format aims to build bridges of cooperation between the South Caucasus, Eastern Europe and Turkey, and the USA and the European Union.