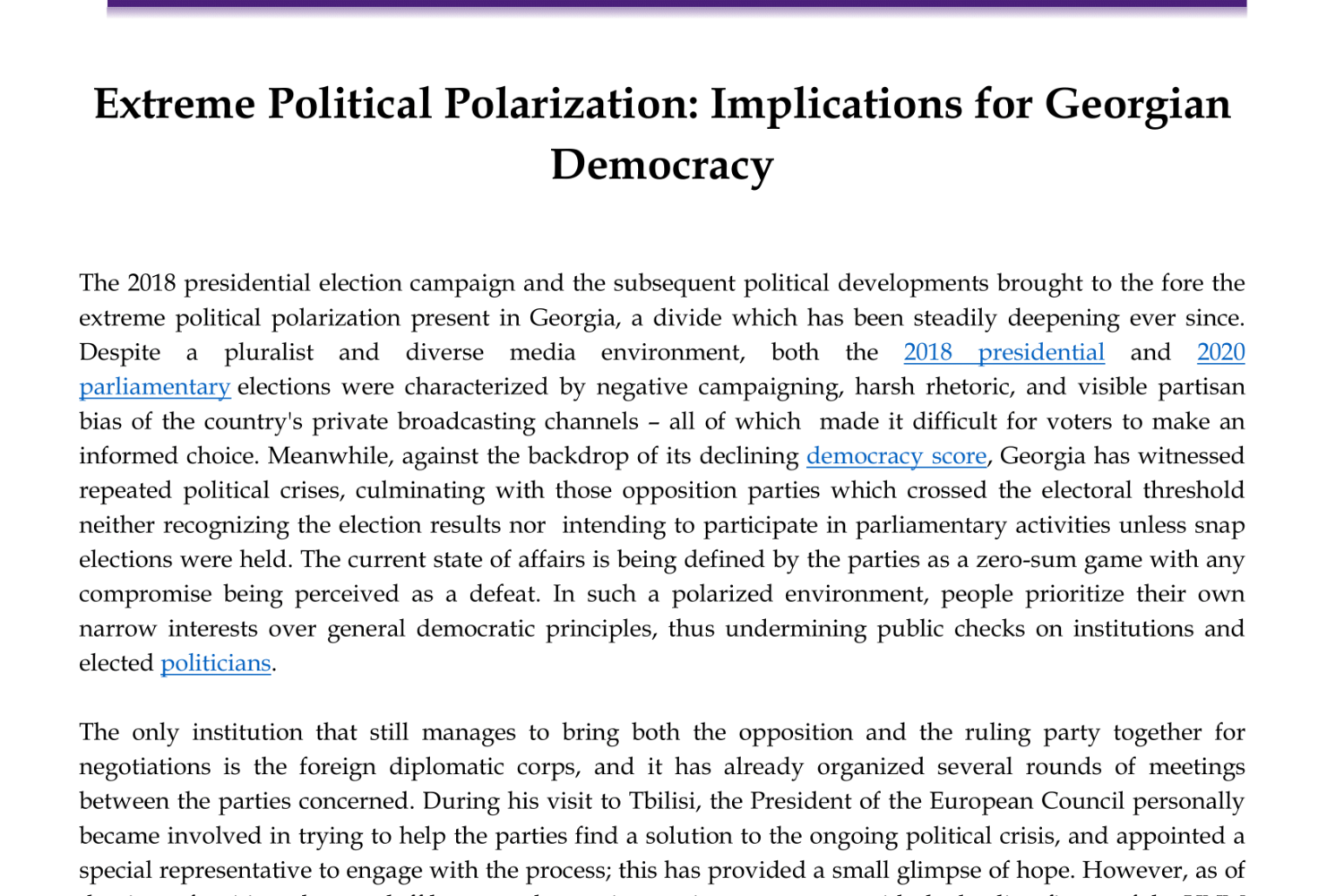 The 2018 presidential election campaign and the subsequent political developments brought to the fore the extreme political polarization present in Georgia, a divide which has been steadily deepening ever since. Despite a pluralist and diverse media environment, both the 2018 presidential and 2020 parliamentary elections were characterized by negative campaigning, harsh rhetoric, and visible partisan bias of the country’s private broadcasting channels – all of which  made it difficult for voters to make an informed choice. Meanwhile, against the backdrop of its declining democracy score, Georgia has witnessed  repeated political crises, culminating with those opposition parties which crossed the electoral threshold  neither recognizing the election results nor  intending to participate in parliamentary activities unless snap elections were held. The current state of affairs is being defined by the parties as a zero-sum game with any compromise being perceived as a defeat. In such a polarized environment, people prioritize their own narrow interests over general democratic principles, thus undermining public checks on institutions and elected politicians.

The only institution that still manages to bring both the opposition and the ruling party together for negotiations is the foreign diplomatic corps, and it has already organized several rounds of meetings between the parties concerned. During his visit to Tbilisi, the President of the European Council personally became involved in trying to help the parties find a solution to the ongoing political crisis, and appointed a special representative to engage with the process; this has provided a small glimpse of hope. However, as of the time of writing, the standoff between the parties continues to worse, with the leading figure of the UNM (the largest opposition party) getting arrested and neither of the sides willing to compromise on any of the key issues.

At the invitation of the Georgian Institute of Politics (GIP), a selection of experts from the USA and Georgia have given their responses to the following two questions: