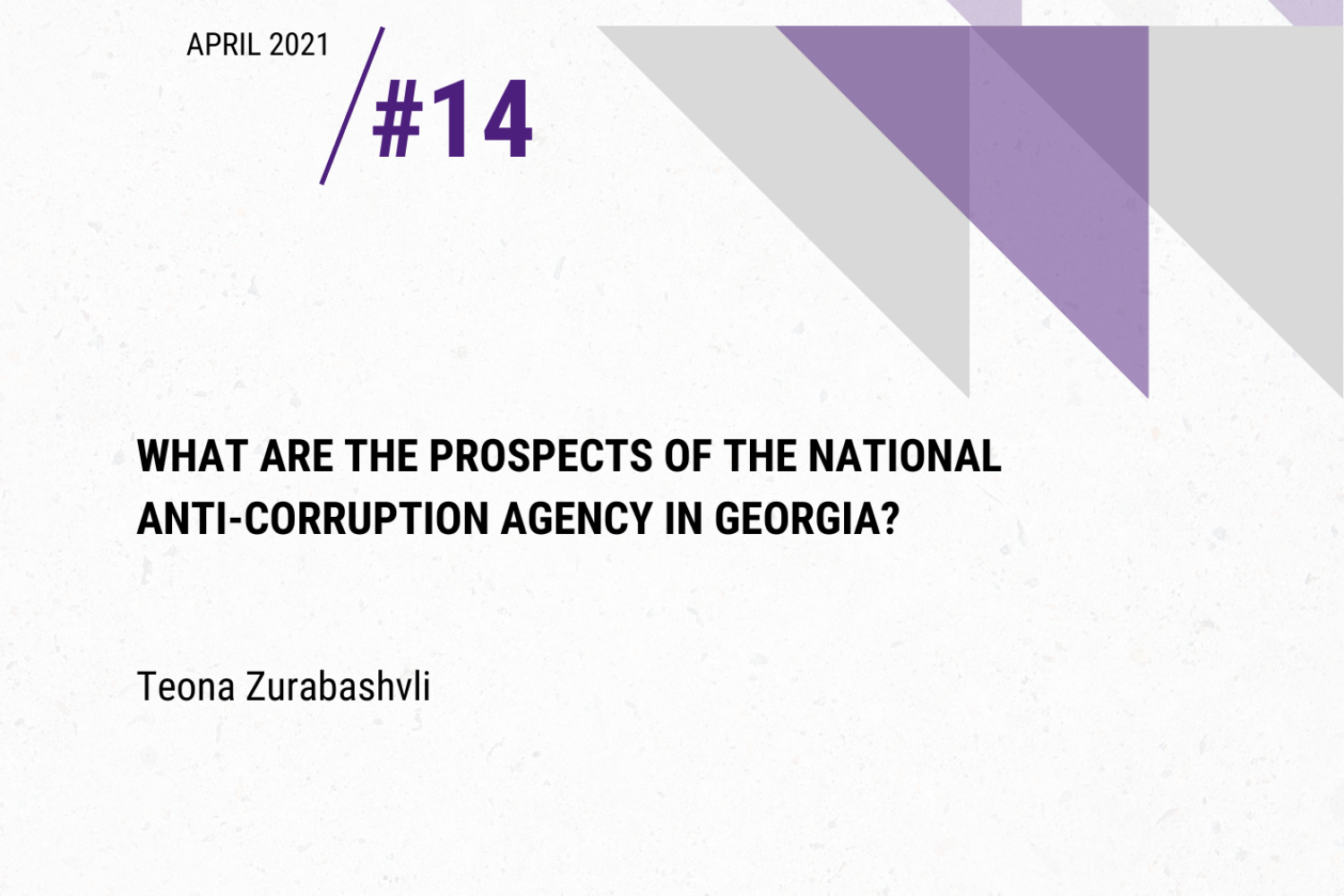 A draft law on the establishment of the National Anti-Corruption Agency was submitted to the Parliament of Georgia in September 2020. In cooperation with Transparency International Georgia, the bill was drafted by five independent MPs in response to the challenge of political corruption in Georgia. The bill’s envision of the agency model draws on the experience of Singapore, Slovenia, Poland, Lithuania and Latvia. Consequently, it is presented as an effective mechanism to cope with  corruption at the highest levels. Because of the significance of the issue of political in Georgia, the paper assesses the future effectiveness of the agency based on a relevant theoretical review and analysis of the political and institutional environment of the countries cited as successful examples in the fight against political corruption. Based on the comparison of international experience with Georgia’s political practices, the paper develops the view that the effectiveness of the “agency” in the fight against systemic corruption – duplicated from the context and characterized with political will and a strong judiciary – will be significantly reduced due to the political conjuncture in Georgia. Instead, the paper presents an alternative method to cope with political corruption – in promoting the increase of political competition in the country. Giving the example of transitional democraces in conditions of low political competition, and in which ruling parties continue to engage in corrupt activities without fear of losing power in elections, the paper suggests that the promotion of the formation and development of new, institutionalized parties and the consequent advancement of political competition may have a positive effect on eliminating elite-level corruption in the country.