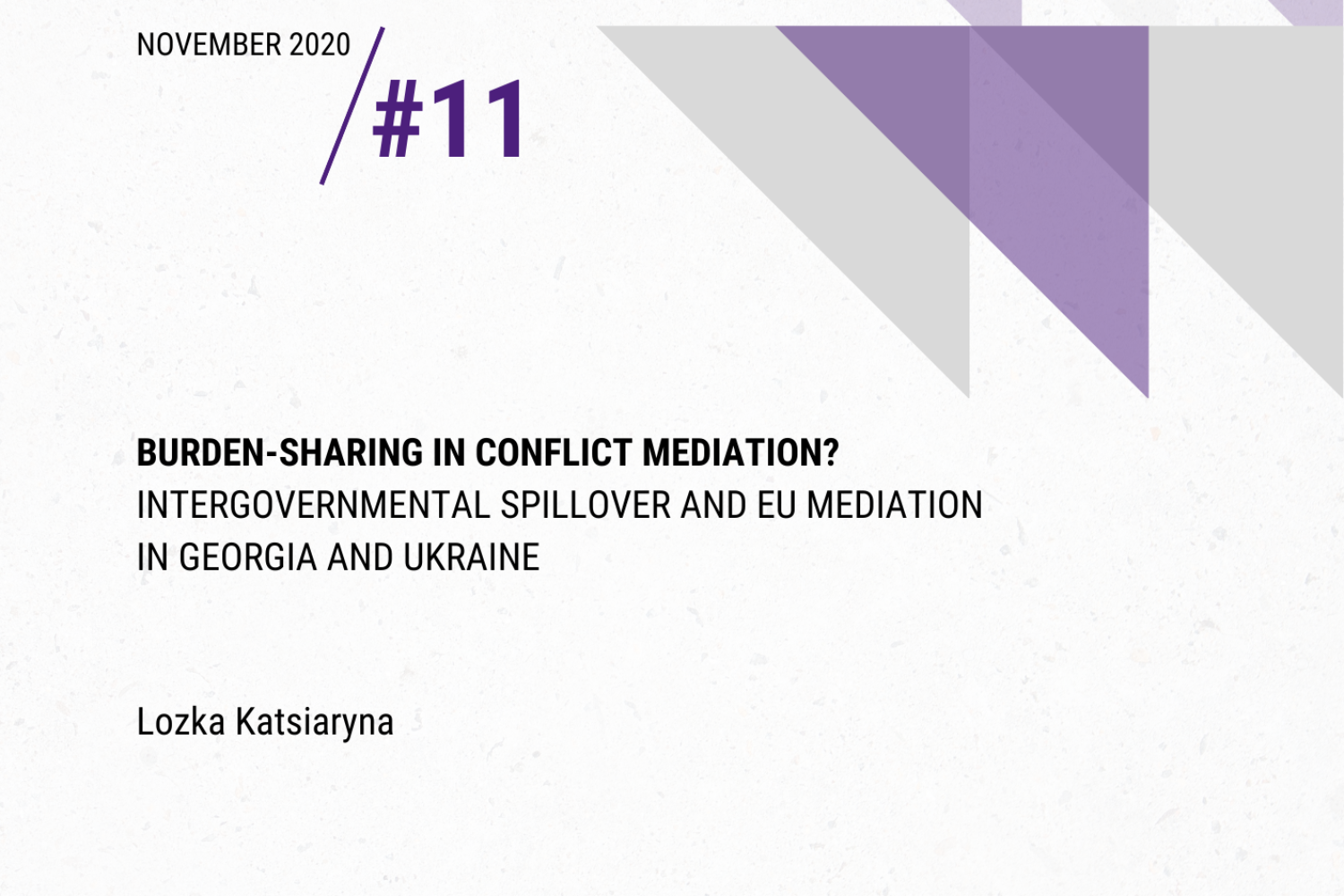 Over the last two decades the European Union (EU) has been criticised for its rather limited role as a security actor in the conflicts in its Eastern neighbourhood, prioritizing the areas of “low politics” (Popescu 2010). It has partly been explained by the intergovernmental foreign policy and lack of a united stand versus Moscow. How do these constraints impact EU activities as a mediator and what role does the EU play in conflict mediation?

This working paper questions the widespread idea that intergovernmental setup of the EU foreign policy making, and inter-state divides hamper the Union’s ability to foster peace beyond its borders. It aims to uncover the EU’s role in conflict mediation in Georgia and Ukraine by (1) examining to what extent the theoretical approach of liberal intergovernmentalism can explain EU involvement in peace mediation; (2) focusing on the added value of EU actors in conflict mediation; and (3) explaining role-sharing between the EU and its member states acting in their individual capacities in conflict mediation.

Methodologically, the paper relies on theory-driven process-tracing and qualitative interviews.