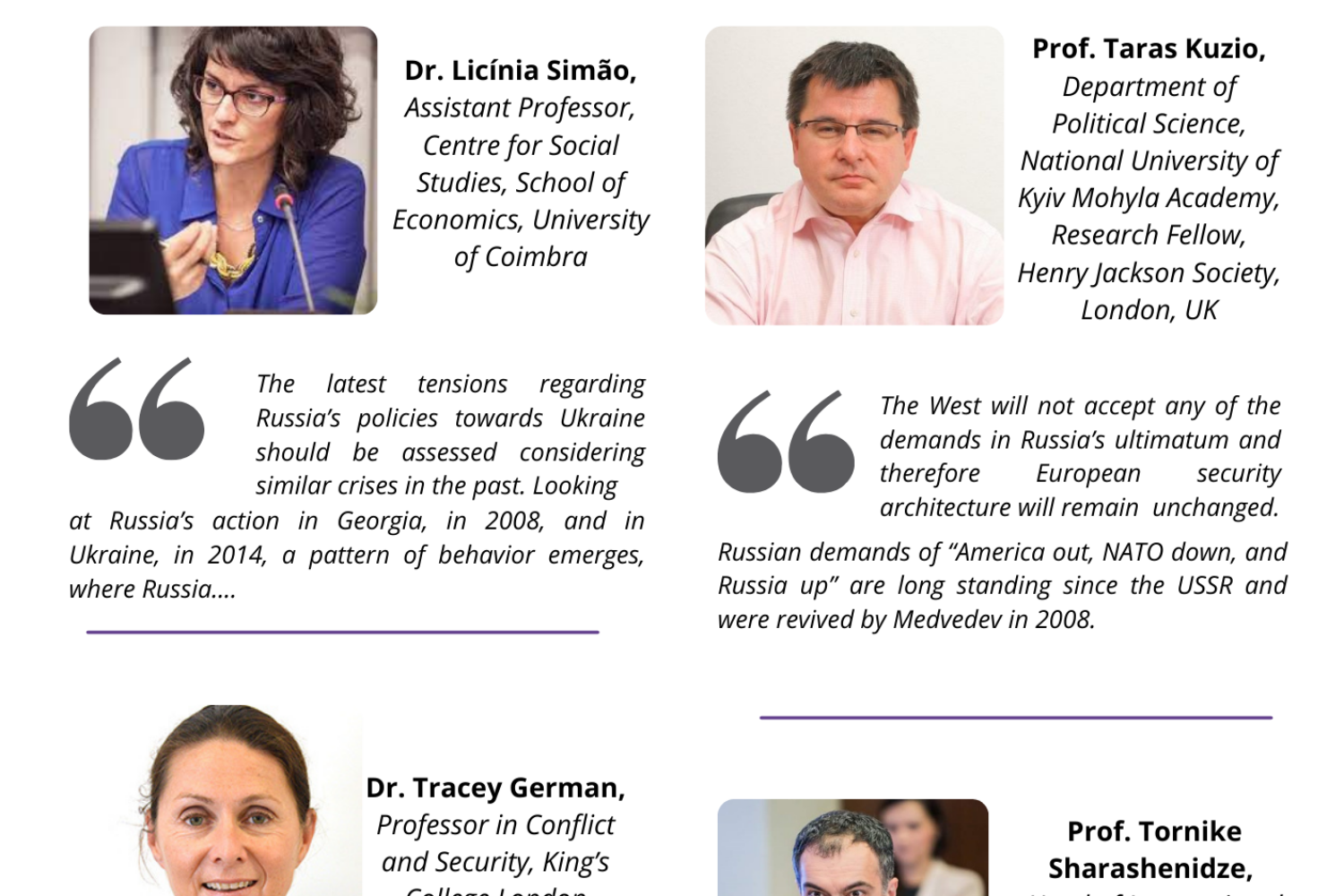 Since Autumn of last year, the world has been observing yet another Russian military build-up on the border of Ukraine. At first sight, it appears similar to the war scare the Kremlin conducted in the spring of 2021. However, this time Russian officials went a step further by presenting the North Atlantic Treaty Organization (NATO) with a list of demands aimed at creating a new legal framework that would prevent its enlargement to the East i.e., integrating Ukraine and Georgia.

The meeting, comprised of high-level diplomats from both Moscow and Washington, as well as NATO representatives, ended without any concrete results. Western countries formally remain committed to the 2008 Bucharest summit declaration. The OSCE chair, meanwhile, has warned that the risk of war in Europe is at its highest in the last 30 years.

The looming military invasion of Russia into Ukraine and the ongoing Mexican stand-doff between the West and the Kremlin over NATO’s open-door policy, places Georgian security under increased pressure as well. The outcome of the current crisis will have far-reaching implications for the geopolitical future of the region and European security architecture in general.

At the invitation of the Georgian Institute of Politics (GIP), a selection of foreign and Georgian experts has given their responses to the following two questions: