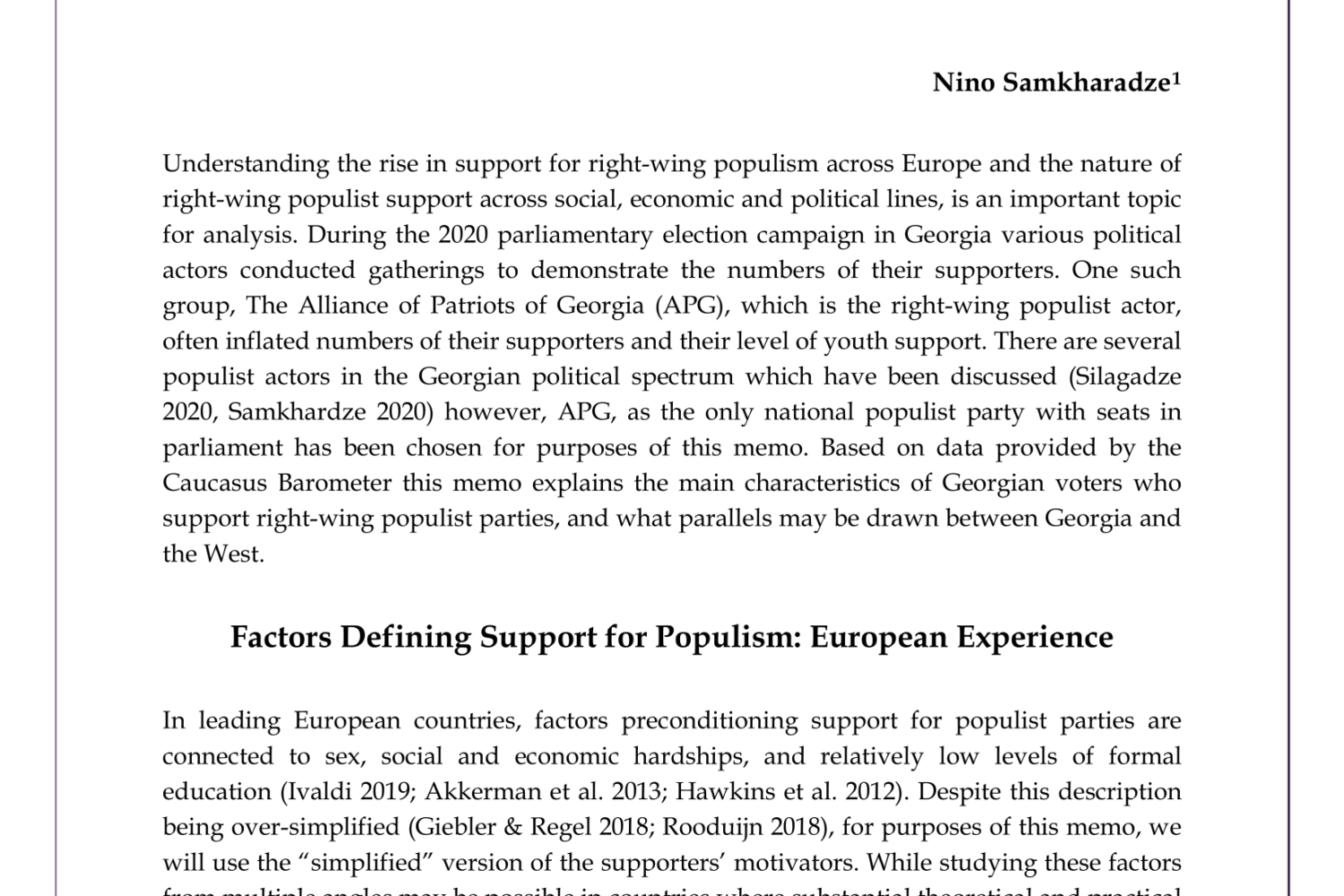 Understanding the rise in support for right-wing populism across Europe and the nature of right-wing populist support across social, economic and political lines, is an important topic for analysis. During the 2020 parliamentary election campaign in Georgia various political actors conducted gatherings to demonstrate the numbers of their supporters. One such group, The Alliance of Patriots of Georgia (APG), which is the right-wing populist actor, often inflated numbers of their supporters and their level of youth support. There are several populist actors in the Georgian political spectrum which have been discussed (Silagadze 2020, Samkhardze 2020) however, APG, as the only national populist party with seats in parliament has been chosen for purposes of this memo. Based on data provided by the Caucasus Barometer this memo explains the main characteristics of Georgian voters who support right-wing populist parties, and what parallels may be drawn between Georgia and the West.