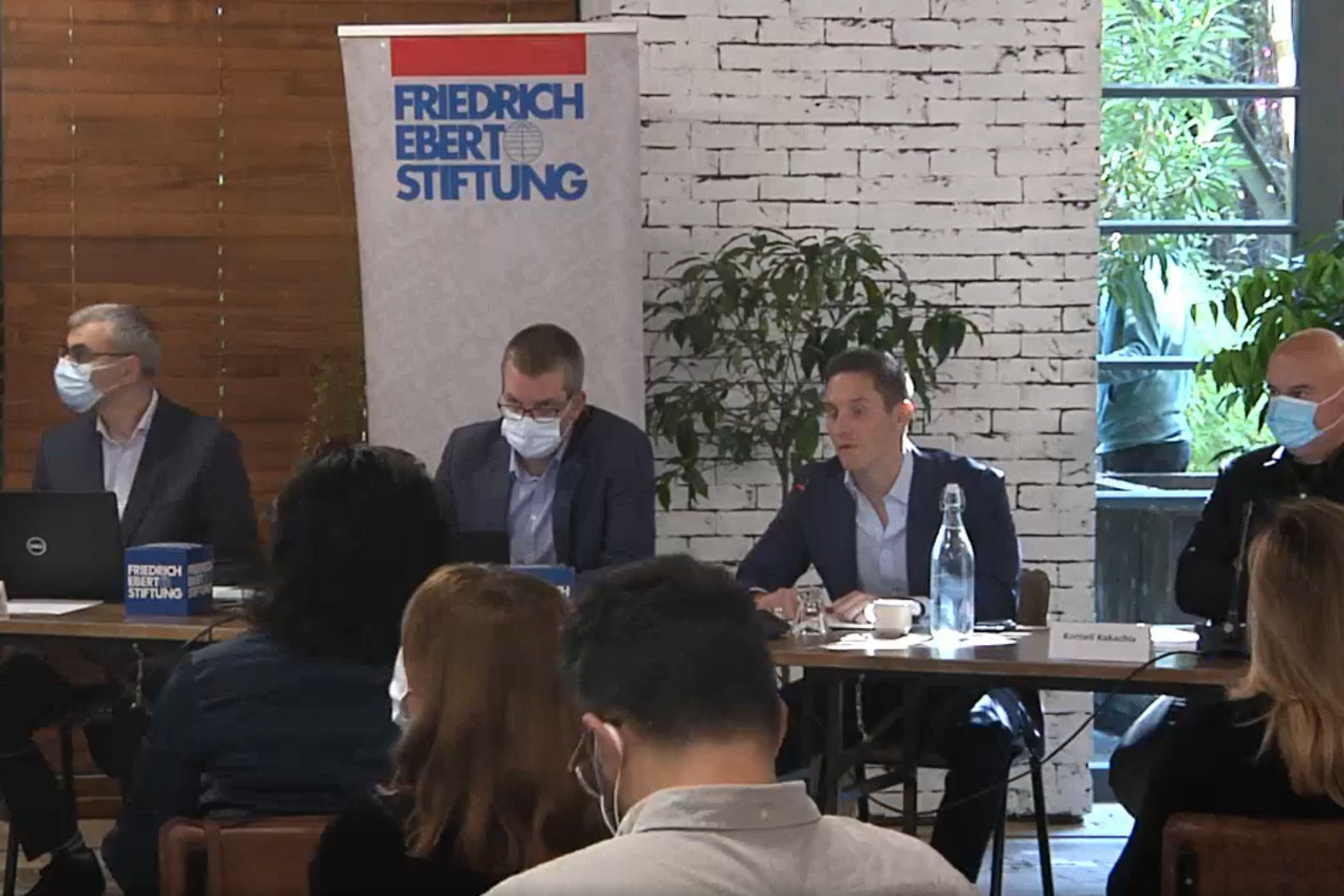 On October 21, 2021, the Director of Georgian Institute of Politics (GIP) Prof. Kornely Kakachia participated in the presentation of the study “Georgia’s Political Landscape: Diversity, Convergence and Empty Spots” hosted by Friedrich-Ebert-Stiftung Georgia and based on data of “Election Compass Georgia 2020”.

The project was supported by the United States Agency for International Development, the German political foundations, and the Kingdom of the Netherlands, and implemented by the Eastern European Center for Multiparty Democracy (EECMD), Friedrich-Ebert-Stiftung, the Friedrich Naumann Foundation for Freedom, the Heinrich-Böll-Stiftung, the Konrad-Adenauer-Stiftung and the International Republican Institute (IRI). Methodological expertise and IT security are provided by Kieskompas, a company specialized in Voting Advice Applications based at the Vrije Universiteit Amsterdam.