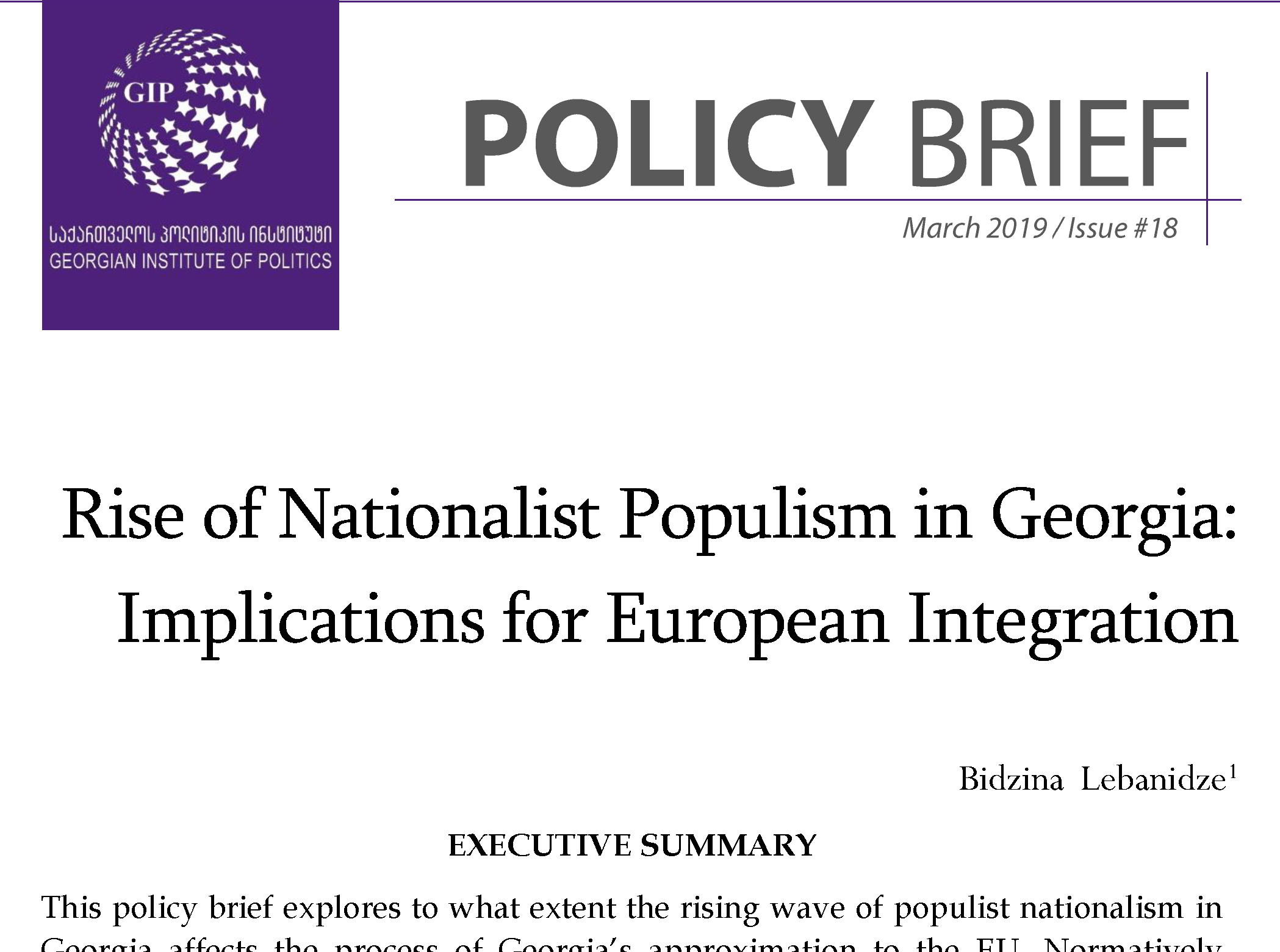 This policy brief explores to what extent the rising wave of populist nationalism in Georgia affects the process of Georgia’s approximation to the EU. Normatively speaking, the populist nationalist discourse in Georgia is Eurosceptic as it legitimizes itself through opposition to progressive and liberal-democratic values which are part of EU’s normative script. So far its impact on the actual process of Georgia’s European integration has been rather negligible, however. Georgia remains the most pro-European state among the Eastern Partnership (EaP) countries, with more than 80% of population supporting the country’s EU membership. The few controversial steps taken by the Georgian government to accommodate populist nationalism has not significantly damaged the process of country’s functional and institutional approximation to the EU, either. Nevertheless, in the long run, the further strengthening of populist nationalism can undermine the normative and functional foundations of Georgia’s democratic development and European integration, as has been a case in other countries. It can weaken the permissive consensus among Georgian citizens and force the populist Eurosceptic agenda on the government and other reform actors.

Right-wing Populism in Associated Countries: A Challenge for Democracy