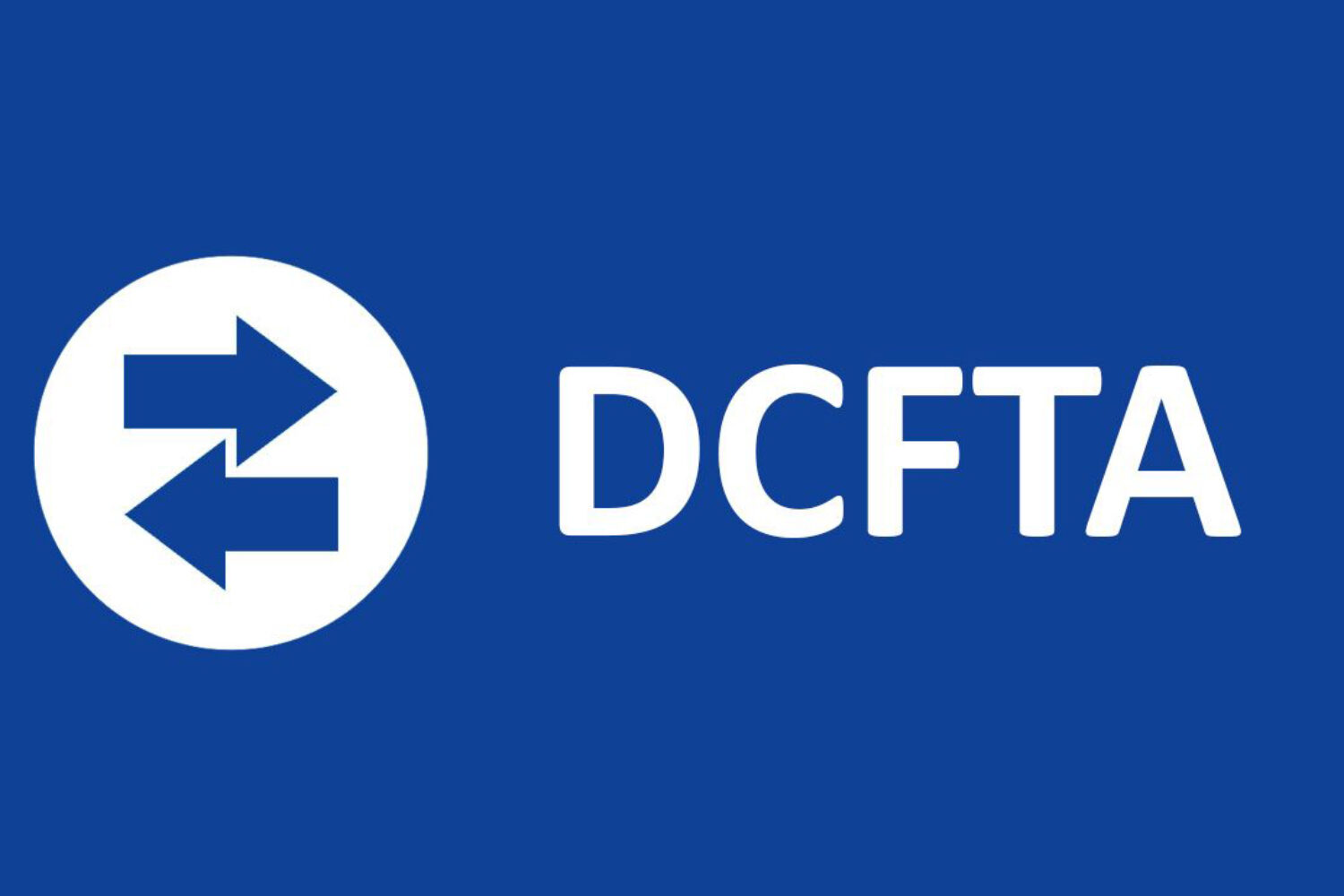 The geopolitical shift resulting from the European Union’s Eastern Enlargement in 2004 led to the introduction of the European Neighbourhood Policy (ENP), an ambitious program designed to enhance political and economic relationships between the EU and its eastern and southern neighbors. The ENP aims to “share EU knowledge and principles with neighbouring countries as a means of strengthening stability, security and well-being for all partners, including EU citizens.”

Among other things, the ENP marked the beginning of a new chapter in EU-Georgia relations, providing a format for Georgia’s closer integration with the EU. However, the country’s strides toward Europe suffered a setback in 2008 due to spiraling tensions with Russia, culminating in the five-day August War. Cooperation was renewed by the launch of the Eastern Partnership (EaP) in May 2009 which included six of the EU’s eastern neighbors, Georgia being one of them. Georgia signed an Association Agreement (AA) with the EU in 2014, an agreement aiming to “deepen political and economic relations between Georgia and the EU, and to gradually integrate Georgia into the EU Internal Market – the largest single market in the world.” The core component of the AA is the Deep and Comprehensive Free Trade Agreement (DCFTA) which Georgia sees as an opportunity to transform the country domestically and make sustained progress on its European path.

As far as the EU is concerned, “transformative power” works only when countries voluntarily express their desire to enhance ties with the union and demonstrate interest in the membership process. Because Georgia’s utmost interest is integration with the EU, it is now bound to approximate its legislation and policies with the EU acquis communautaire. Thus, the DCFTA is regarded as an opportunity to build tangible links with the EU. Before drawing that conclusion, however, it is worth discussing to what extent the DCFTA has succeeded in Georgia as an instrument of the EU’s transformative power.

Moreover, it is important to ask what interests the EU in engaging the troublesome South Caucasus. Why is Georgia the target of the EU’s transformative power? More specifically, why did the EU offer the DCFTA to Georgia? From the economic perspective, because Georgia is a small market, the EU is motivated by political benefits, not commercial gains. We can thus presume that the DCFTA is a means for the EU to strengthen its  Global Actor ambitions in its eastern neighborhood.

What are the political benefits for the EU? Firstly, the EU devotes considerable attention to maintaining peace along its borders and within its neighborhood, goals embodied by the ENP. The EU’s intentions “along the lines of the ENP are aimed at turning ‘neighbours’ into ‘friends’ by stimulating deep institutional changes in the beneficiary countries.” This approach aims at bringing peace, stability, and social and economic development to the EU’s neighboring countries via sustainable practices. Thus, the first political benefit for the EU from the DCFTA is enhanced security assurance in the region.

Moreover, tools such as the DCFTA offer the EU an opportunity to spread its sphere of influence to its east, including the Caucasus region which is host to a bevy of natural resources. This remains a sensitive area for Europe as it presently depends on Russia to meet its energy needs. Deeply cognizant of this, Russia uses its energy resources as a political bargaining chip. Indeed, as the South Caucasus region belongs to the energy-rich Caspian region, it is advantageous in the long-term for Europe to diversify its energy resources and energy partners. It would also be advantageous for Georgia to serve as the main passage for EU energy security narratives as well as for other Western actors in the region. However, the EU’s interests and ambitions to monopolize control in the region are impeded by the Russian Federation which considers the territory part of its designated zone of influence. While Moldova’s recent rhetoric in favor of Russia and Russia’s invasion of Ukraine may be viewed as a weakening of EU influence in its eastern neighborhood, efforts to maintain ties with Georgia are an opportunity for the EU to sustain credibility in the region. Thus, in regard to the geopolitical perspective, the EU needs to have a success story in the ENP region.

The EU also continues to fully support Georgia’s sovereignty and territorial integrity within its internationally recognized borders. It actively promotes conflict resolution efforts through the work of the EU Special Representative for the South Caucasus and the EU Monitoring Mission. Currently, Georgia provides personnel to EU military and civilian operations, designed to strengthen the EU’s role as a global security provider and increasing the resilience of countries worldwide. In recognition of Georgia’s progress to date in making the required reforms, “on February 2, 2017, the European Parliament voted in favor of visa-free travel for Georgian citizens to the Schengen Area at a plenary session.” This marks a major milestone on Georgia’s European path. Moreover, this historic decision for Georgia can be assessed as a sign from the EU that Georgia’s efforts and commitments toward meeting EU reforms have not gone unrecognized.

The EU now accounts for a quarter of Georgia’s overall trade whilst the DCFTA has led to the removal of customs tariffs and quotas and has also detailed the process of bringing Georgia’s trade-related regulations within the fold of EU standards. The report also notes that Georgia successfully met all the benchmarks of the Visa Liberalization Action Plan, as evidenced by the European Commission’s proposal to the Council and the European Parliament to lift visa obligations for Georgian citizens in March, 2017. The EU-Georgia Visa Liberalization Dialogue proved to be an important and particularly effective tool for advancing would-be unattainable reforms.

There is clear evidence that the EU’s Transformative Power—in this case exercised by the DCFTA—is positively impacting Georgia. Additionally, in a February 2015 survey from the International Republican Institute, Georgian media was acknowledged as the third-most trusted institution, after the church and the military. Moreover, the report by Human Rights Watch on the parliamentary elections in 2016 underlines that “competitive, well-administered and fundamental freedoms were generally respected.”

According to Corruption Perceptions Index 2016 by Transparency International, Georgia secured the 44th out of 176 countries in the global rankings, putting Georgia in line with several EU member states. Other ENP countries such as Belarus (79), Moldova (123), Ukraine (131), Armenia (113), and Azerbaijan (123) still suffer from corruption and a lack of transparency in governmental institutions.

Georgia has deep cultural and social roots in Europe and the government has indicated on many occasions its political will to establish closer ties with the EU. For Georgia, full EU membership remains the ultimate long-term goal, thus the country has been receptive to the EU’s Transformative Power approach. Since the August War of 2008, Georgia has actively undertaken reforms to adhere to EU standards and policies. In the short-term, Georgia looks forward to accessing the EU’s single market. In the longer term, it seeks to become a member of the European Union itself.

By assessing numerous progress reports, it is clearly visible that the EU’s Transformative Power has had a great impact heretofore on Georgia’s path toward the EU. Georgia has worked towards upholding principles of human rights and free speech, implementing good governance models and enhancing transparency, fighting against corruption, and improving the overall level of democracy in the country. The impact of approximation with EU standards cannot be overstated, most notably in the area of improved governance and transparency and the functioning of political institutions. Positive results are already evident, as the DCFTA has helped modernizing Georgia’s economic policies and it has started the process of aligning them with those of the EU. Thus, we can conclude that the EU’s Transformative Power has found a viable success story in the case of Georgia.

*Irakli Jgharkava, M.A. Student at the College of Europe