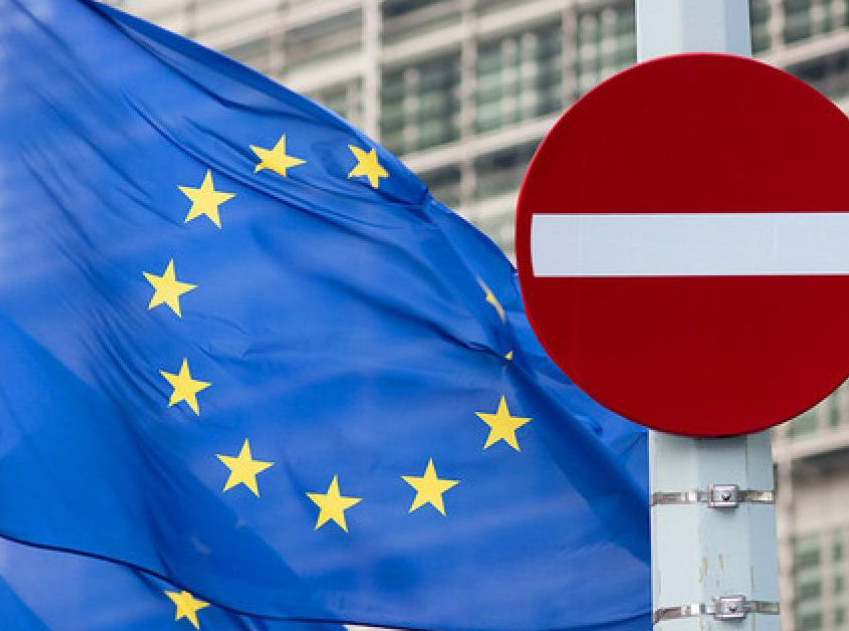 The Dutch government has decided to request the European Commission to suspend visa-free movement for Albanians, who enjoyed this since 2010. The decision comes after a group of four Dutch MPs submitted a motion to temporarily cancel visa-free traveling for Albanian nationals in the Schengen Zone, which was backed by the Dutch Parliament. Can this decision of the Dutch government influence Georgia’s visa free travel to the Schengen Zone and the challenges it faces?

Since spring 2017 Georgians also enjoy visa free travel to the EU Schengen Zone. This was initially delayed for a year due to the demand of some EU member states to revise the suspension mechanism before allowing more countries to the visa free regime, driven by fears of immigration and visa waiver abuse.

The revision, finalized in winter 2017, extended grounds for triggering the suspension mechanism, arranging a faster procedure with shorter deadlines. With the recurring debates about the risk of visa-waiver suspension for Georgia it is important to keep the criteria in mind:  1) decreased cooperation on readmission; 2) substantial increase in the refusal rate of readmission applications and 3) a substantial increase in the risk to public policy or the internal security of the member states.

Case of Albania and Netherlands

The parliamentary debate which preluded the aforementioned motion was initially requested by the governing Christian Democrats (CDA) party in November 2017, demanding an end to visa-free travel. The actual debate last April coincided with a polarized environment towards the European elections with centre-right parties trying to fend off anti-immigrant populists with populism.

The police of Rotterdam and Amsterdam, which asked to suspend visa free travel since 2017, complain about the ruthless and violent methods of the Albanian gangs involved in the hard drugs scene (cocaine) perpetuating the image of Netherlands as “narco-state” as some MPs phrased it.

“.. the solution lies mainly in cooperation in Europe. I think we need to work well with the Albanians, exchange information, and prevent all kinds of people who we already know have wrong intentions from coming here in all sorts of ways. And if they do, it must be tackled in collaboration. I believe that yesterday or the day before yesterday there was a large coordinated Europol campaign in which many people of possible Albanian descent were arrested in Belgium. I think that is the solution.”

The latest European Commission progress report concluded Albania, similarly as Georgia, has been cooperative in tackling various issues regarding the visa waiver, irregular migration and organized crime. Which is precisely why the government was not receptive to the motion, citing a lack of support from other member states to trigger the suspension mechanism. The EU Delegation to Albania reassured this was merely Dutch domestic politics at play: Albanians have nothing to worry about.

However, the motion was supported by 105 of 150 MPs throughout the spectrum, including three out of four governing parties. Despite initial reluctance, Minister of Foreign Affairs Stef Blok (VVD, liberal conservatives) has requested the European Commission to invoke the suspension mechanism, which the EC is now bound to evaluate, a European first.

The Albanian Ministry of Foreign Affairs released a press statement expressing they are confident the European Commission will not support the Dutch request. According to the Albanian government the criteria to visa waiver suspension have not been met:

“Illegal migration of Albanian citizens to the Netherlands has decreased continuously, while the temporary suspension mechanism applies in cases where illegal migration has risen by more than 50%. Crime figures also record a substantial decline.”

Persistent crime related problems aside, populist sentiments and other political factors cannot be ruled out. As of last week, the EU is considered to proceed with Albanian accession talks, which the Dutch government is not agreeing with. It vetoed candidacy in 2013. Complaints about corruption, crime and state capture in the context of EU accession talks might just have been mixed with the opportunity to press Albania into concrete action through visa-free travel.

Since Georgia has enjoyed visa free travel to the EU Schengen zone, various EU member states have experienced a substantial increase in unfounded asylum applications of Georgian citizens, others were confronted with Georgian gangs, or high crime levels among asylum applicants.

In its latest visa waiver feedback report, the “Second Report under the Visa Suspension Mechanism” (Dec 2018), the European Commission concluded Georgia has followed up on recommendations stipulated in the first report, and made progress on other migration related policies and action plans. Georgian authorities are cooperative with the highly important readmission of deported citizens from the Schengen zone, and it recently signed an agreement with the EuroJust agency of the EU, aimed at fighting cross border (organised) crime. The overall constructive attitude of the Georgian authorities is praised.

However, the report notes that “organised crime groups from Georgia are still reported as one of the most frequently represented non-EU nationalities involved in serious and organised crime in the EU, notably in France, Greece, Germany, Italy, Spain and Sweden.” It also identifies the persistent high influx of unfounded asylum applicants in various member states, requiring immediate action. In 2018 some 20.000 asylum seekers were recorded from Georgia, 75% of which did so in 5 Schengen countries. The recognition rate decreased to just 3%.

In an attempt to address the high number of unfounded Georgian asylum applicants in the Schengen zone, the Georgian government is actively pursuing to get Georgia listed as a safe country of origin in each Schengen zone country. Currently twelve of 26 Schengen countries recognize Georgia as a “safe country of origin” in asylum applications, a doubling since 2017. This status generally reduces asylum procedures and the rights of appeal, reducing chances of recognition. Ultimately reducing the number of asylum applicants trying. At least, that is the theory.

While this “safe country” approach might theoretically work, including Germany which has seen a sharp decline as a first effect, this did not impact the number in France which experiences a surge in Georgian asylum applicants (6.755 in 2018) receiving nearly twice as many as Germany (3.765). Despite considering Georgia a “safe country of origin” since 2013, just like Netherlands. In the latter the asylum influx has stabilized to a lower level, but high crime levels among the Georgian asylum seekers compared to others persist. These examples show there is not a consistent pattern between similar EU member states, making a single policy difficult.

As indicated, Georgian and Albanian asylum seekers have been overrepresented in crime statistics among asylum seekers in Netherlands, which became public knowledge in 2017. To this day this is a general and persistent problem with asylum seekers from so called “safe countries of origin”, as police monitor reports have revealed. Only last month, just days before the European elections and a much criticized TV-debate between the Dutch Prime Minister Mark Rutte and far-right populist opposition contender Thierry Baudet, the Minister for Migration had to step down over alleged suppression of serious crime figures among asylum seekers.

Other measures of the Georgian government to reduce the number of Georgian asylum applicants and abuse of the visa waiver, such as a stronger stance against illegal name changes, have also not yielded tangible results yet, triggering increased nervousness in Georgia about the suspension mechanism.

The variation of (persistent) irregular migration issues and challenges between European countries urges the Georgian government to develop multi-pronged approaches and sets of policies combatting the abuse of the visa waiver, tailor made to the challenges in various countries. The most recent ideas are deploying French immigration officers in Georgia, and criminalizing individuals assisting in the abuse of asylum seeking in the EU.

The most important take-away for Georgia is that it should continue to closely listen to and follow up on specific issues raised in European capitals, deploy creative solutions, and continue to assist and cooperate in crime fighting efforts and readmission of citizens.

However, showing goodwill is not good enough. A lack of tangible results might be forgiven in the short term, but can backfire when other expected reforms are lagging behind, and visa waiver related issues are still in play in the background. Just like Albania, Georgia got a generally positive assessment in the “Second Report under the Visa Suspension Mechanism” of the European Commission. Georgia should note that lack of broader EU integration reforms could trigger political annoyance and opportunism over persistent visa-free travel issues.

In 2017 the EU used the visa waiver chip to force the Ukrainian government into ending its obstruction of the NABU anticorruption agency. Ukraine backed down, proving visa-free travel is an effective political lever on other subjects. Albania does not deliver enough on anti-corruption, good governance and rule of law while preparing for accession talks. Therefore, Georgia should continue achieving significant and tangible progress on its broader Europeanisation path of democratization, rule of law, good governance and fighting high-level corruption.

Furthermore, Georgia should urgently reduce its number of asylum seekers. A first major step seems to have been taken in Germany. The police and legal authorities should increase their cooperation with EU agencies EuroJust and Europol to combat persistent cross-border crime. On both counts Georgia needs to deliver tangible and visible results.

High numbers of asylum applicants, and persistent organized crime are the trigger to political annoyance in European capitals even more so for centrist politicians, in light of increasing anti-immigration populist sentiments. These are the Achilles heel to the Schengen visa waiver.

Currently, Georgia’s visa waiver to Schengen does not seem to be in immediate danger. Georgia delivers on the Association Agreement commitments, and it has some recent success in curbing asylum applicants in a major destination, Germany. Yet, it should not relax now. Georgia should continue doing what it is doing, step up in specific areas, and continue to deliver. Only this way it can stay clear of the danger zone. 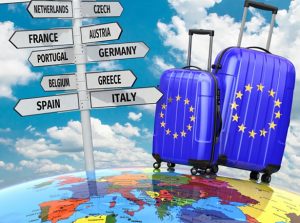