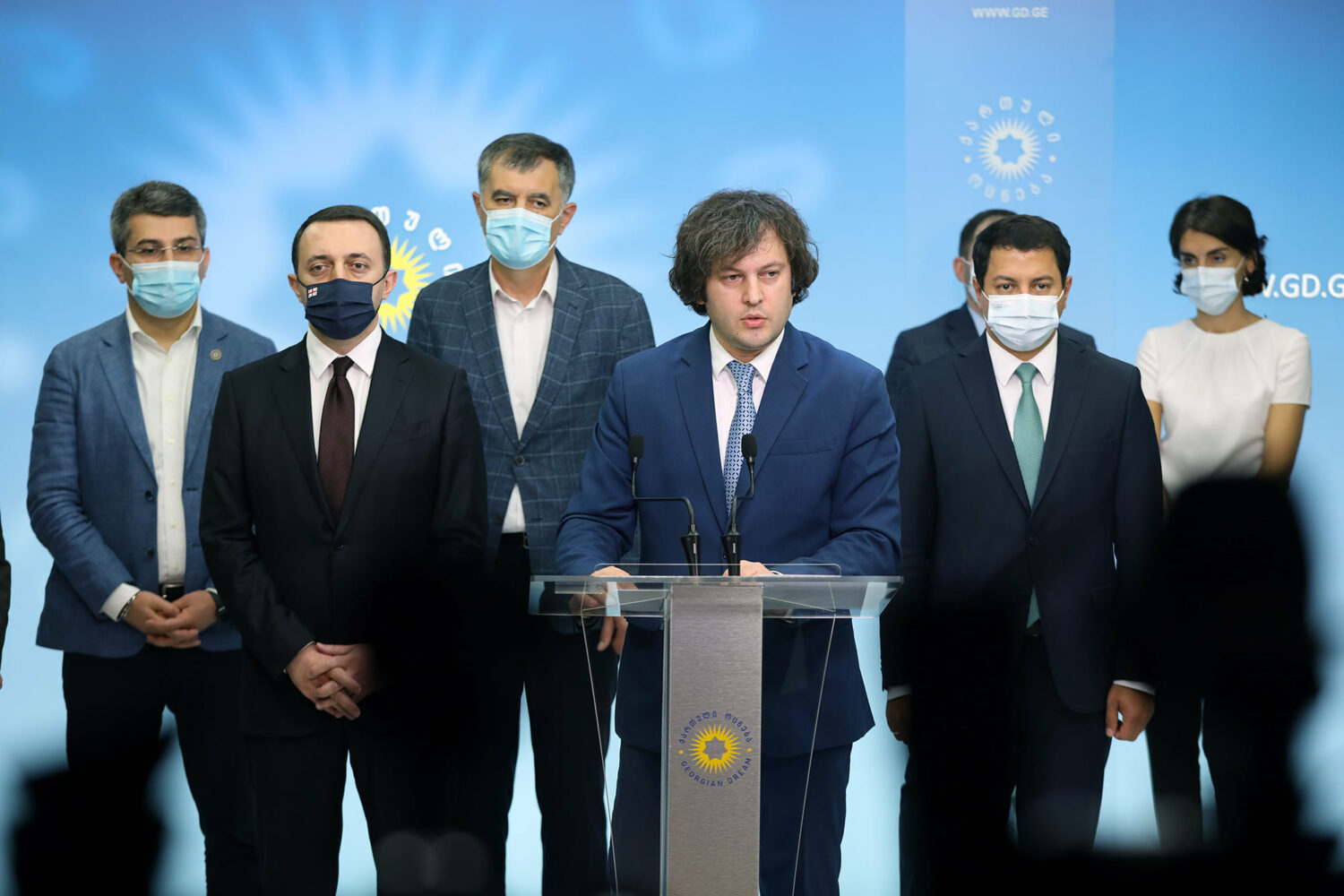 On July 28, the ruling Georgian Dream party withdrew from the April 19 Agreement, a deal which had been brokered through a long mediation process with the direct involvement of the President of the European Council, Charles Michel. The annulment of the agreement further destabilized the existing turbulent and deeply polarized political environment in the country.  Although the EU mediation should have been a privilege for Georgia in terms of internal development, as well as in terms of strengthened international relations, it proved to be challenging for the Georgian political elite to conscientiously meet the commitments they made by signing the agreement. The withdrawal from the agreement once more highlighted a number of risks that Georgian democratic development has now been facing for a long time.

In the short-term perspective, those risks might now be even more dangerous due to tensions in the  pre-election environment leading up to the local self-government elections scheduled for October 2, coupled with the government repeatedly disappointing Europe’s political elite, and Georgia’s image as an unstable partner for the West. If we look at the problems within a long-term context, we can clearly see that the withdrawal from the EU-brokered agreement poses serious risks to the democratization and European integration processes in Georgia. Considering all the aforementioned, it is important to analyze exactly what some of the risks posed by the Georgian Dream’s withdrawal from the April 19 Agreement are, and what is actually beyond the red lines of the ruling party in Georgian politics.

Risks to the Internal Politics of Georgia

Two major threats can be identified when it comes to the internal risks for Georgia. The first is related to the local self-government elections scheduled for October 2; the importance of the elections was largely determined by one of the clauses of the document, according to which, early parliamentary elections shall be called in 2022 if the Georgian Dream party receives less than 43% of valid proportional votes. There are several political and pandemic-related factors that put the potential election results of Georgian Dream party under threat. The aforementioned might be one of the main reasons behind the ruling party’s decision to withdrew from the EU-brokered agreement, leaving the promise of the 43% threshold for the local elections to the “party’s goodwill”.

Therefore, the annulment of the April 19 Agreement will most probably lead to a tenser and more aggressive pre-election environment, with election day itself probably proving to be volatile, which makes the prospect of truly democratic elections less realistic. Consequently, there is a significant chance that the legitimacy of the election results will be questioned and political crises in Georgia will continue for a long time, which will further impede the process of building democratic institutions and working on the country’s political and social issues.

The second risk that needs to be addressed is an increased danger that the ruling Georgian Dream party will try to monopolize the reform processes following its withdrawal from the April 19 agreement. The party leaders stated that they are still going to implement the aforementioned reforms beyond the agreement. However, there are substantial concerns regarding the absence of inter-party dialogue and domestic and international recommendations in the process.

This is especially noteworthy considering the fact that there were significant problems with the electoral and judiciary reforms, as well as working on the June 20th amnesty bill, even in the framework of the April 19 agreement. There are also some concerns regarding the power distribution among the political parties in the Georgian Parliament: for now, the ruling party is practically avoiding all of its responsibilities towards Brussels to implement the envisioned reforms fully based on democratic principles. Consequently, the withdrawal from the agreement creates more space for the ruling Georgian Dream party to exert one-party dominance over the political processes in the country.

Apart from the internal threats, the country also faces risks of regression when it comes to the country’s foreign policy and international relations. The first concerns Brussels, which has been repeatedly disappointed by its Georgian partners. In parallel with multiple critical statements coming from Europe, some actors from the US also voiced the belief that the EU must be displeased that it wasted its time while negotiating with the Georgian Dream party.

The European Union proved that it is ready to provide a number of opportunities for Georgia to build a healthy political culture, state, and institutions, and that the EU will assist Georgia in the process and protect the country’s interests for as long as it takes. Charles Michel continues consultations to ensure that the political processes in Georgia stay within the framework of democratic institutions. However, thanks to the government’s actions, Georgia is cultivating an image of an unstable partner to the West. From a long-term perspective, the aforementioned process will turn into a strong argument inside the EU against the institutional integration of Georgia. The ruling party’s ambition to successfully submit a formal application for EU membership by 2024 now appears to be  decidedly unrealistic.

The second risk is related to the international context beyond Brussels. Washington is closely following the ongoing turbulent political processes in Georgia and reacts quite harshly as well. The working process on the EU-brokered document clearly showed the importance of the agreement and its implementation for NATO. Considering that Georgia already faces a number of recent challenges in terms of NATO-Georgia relations, further risking those relations is especially dangerous for the country. Although Georgian Dream does not see any threats to the country’s relations to the West, withdrawal from the EU-brokered agreement might work as a signal to other dominant forces, especially to Russia, to take a more active stance towards Georgia.

Another significant danger is associated with the practical benefits provided by the West. First and foremost, the EU’s financial assistance provided to Georgia might be affected. During the implementation process of the April 19 Agreement, the EU commission already mentioned that disbursement of the second tranche of macro-financial assistance to Georgia might be conditional. In case Georgian Dream crosses more red lines in terms of reforms and progress, Brussels might apply the conditionality principle to Georgia, considering that the EU’s assistance is not unconditional.

Overall, it can be concluded that Georgian Dream’s withdrawal from the April 19 Agreement might prove to be logical for its own ambitions, but an explicitly risky decision for Georgia’s democratic development in both short-term and long-term perspectives. The ruling party fails to demonstrate its readiness for cooperative politics and considers the annulment of one of the most important political agreements in modern Georgian history as a viable solution. Furthermore, there are a number of risks associated with conducting a decisive local self-government election in a transparent and stable environment as well as building trustworthy relations with Brussels and other Western actors. Considering all of this, the danger of democratic backsliding and regress in EU integration processes is demonstrably increasing  in Georgia over the long-term perspective.