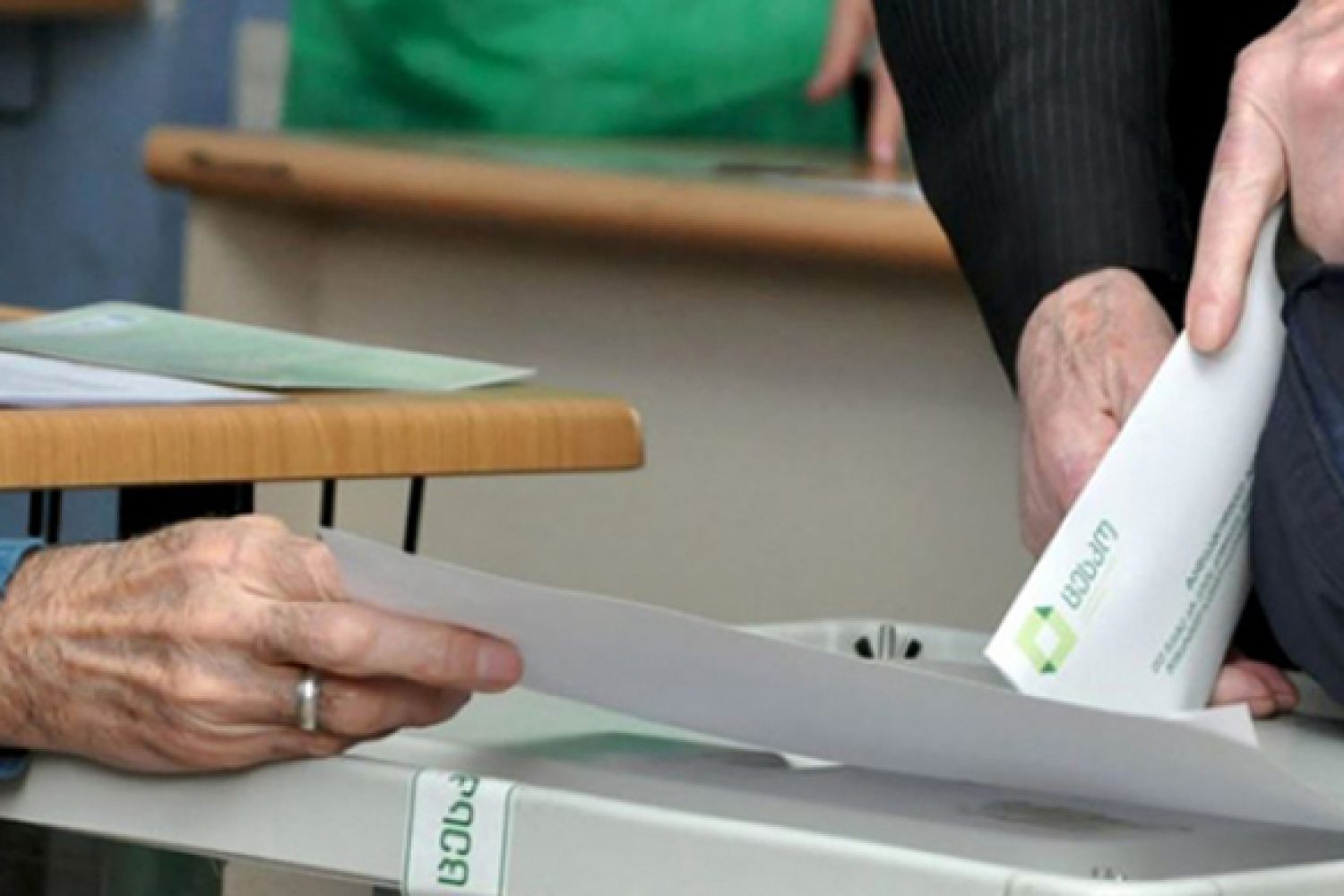 Rapid Spread of coronavirus infection has given rise to controversies over upcoming elections worldwide. After introducing strict countermeasures and a recent milder phase of the virus spread the topic of upcoming elections gains momentum in Georgia as well. Because of the ongoing intense political debates over the electoral reforms the voters will already have to cast votes in a changed environment in October 2020, however the special conditions caused by the virus add to the unique character of the upcoming elections.

In the light of the rapidly changing nature of the coronavirus crisis, the main challenges of the pre-election period gradually become prominent. Various political parties already voice fears around the issues of transparency and democratic nature of the upcoming elections. Most probably the problems are expected to arise in the election administration as well, that will in its turn, influence the voting behavior. Due to the abovementioned factors and taking into consideration experience of other countries, it cannot be ruled out that the discussions over the topic of postponing elections– as an effective response to the problems caused by the pandemic- gains momentum in Georgia as well. Therefore, it is interesting, what are main challenges faced by the election process in Georgia, whether postponing elections is feasible and will it be an effective response the abovementioned troubles.

The political parties face a number of obstacles in a new environment created by the pandemic. Before starting discussions over the issue we should bear in mind that up to date, nature of changes that are going to be entered both to the constitution and to the Eletion Code are under question, also, the nature of the new system of elections expected in October is still unknown. Apart from this, the pandemics causes additional problems to the political parties in their pre-election campaigning, that is going to start off two months’ before the voting. While various measures of social distancing are necessary to fight the virus, the parties will be held back from using their usual ,,knocking the door“ principle, they will suffer restrictions in meeting the people directly and conducting mass gatherings during their campaigns. Limiting access to these forms of communication will make it harder for the parties to deliver their programs and messages to the masses directly, at the same time, they will have a limited access to the voters’ preferences and needs.

At the same time, it becomes obvious that most part of the pre-election campaign will have to be conducted online. However, this will not only reduce amount of direct communication, but will also give rise to concerns over transparency of the process. The Georgian political parties realize the risks created by the pandemic and are ready to conduct more active online campaigns, although this contains certain risks to the democracy of the pre-election process, considering several facts of deleting fake accounts of the Georgian political parties by the Facebook Administration. It should be assumed, that online political competition may do harm to the democracy and transparency of the pre-election environment.

One more factor, which will supposedly create problems for other Georgian political parties is the ruling party’s access to the administrative and the financial resources, which has become increasingly important to the voters in the period of pandemic. Despite the fact, that various political actors actively promote alternative economic and social policies, the ruling party has a priority of actually using these resources in real life. This already means that the pre-election environment for the opposition parties is becoming relatively unequal.

Thus, a new pre-election reality that is preconditioned by the coronavirus threats, holds the opposition parties back from proceeding with their pre-election campaigns on equal terms with the party in power. In these conditions, possibility of conducting a fair election is under question.

Thus, it seems like the Georgian voters will have to make their choices in the environment of intense political polarization, added up with the worsened social and economic conditions. All of these factors in combination will make it easier to manipulate with the voters’ economic and emotional state, creating increased risks to the balanced and peaceful election atmosphere.

Another issue that may influence the voters’ choice is that the ruling party possesses an important leverage that is its access to the legislation. This means the party in power can impose various restrictions, bans and quarantine terms during the pre-election campaign in the name of fighting pandemic. As an example, we can name an amendment to the Law of Georgia on Healthcare, which was signed by the president on 23rd of May. According to the amendment the government can impose restrictions without announcement of the state of emergency up to 15th of July.

In order to prevent massive spread of the pandemic, observation of the norms of social distancing and hygiene will be one of the main challenges in the organizational process of the upcoming elections. It will be necessary to have both local and international observation on the voting process adequately organized. On the elections day not only the authorities but the individual voters themselves will have to bear in mind the norms of health security, at the same time the risks of the pandemic may substantially influence the voter turnout on the elections day. Low voter turnout will create immediate concerns over the issues of legitimacy and transparency of the election outcome.

Possibility of Postponing Elections in Georgia and the World Practice

On the background of the events discussed above, certain groups of experts have started to talk on the scenario of postponing elections. However, on the other hand, neither the Central Elections Commission, nor the political spectrum stresses the necessity of postponement. Moreover, they are actively engaged in the process of negotiations over the changes to the election system and voice forecasts about the outcomes of the elections in October.

There is a rich experience over election delay worldwide. In france, second round of mayor elections had been postponed due to the controversial circumstances in relation with the first round held on 15th of March. According to a recent decision, second round is scheduled in June. Poland took the decision of changing date for the presidential elections only as a result of severe domestic and international criticism. Postponement of mayor elections dates were decided in Great Britain and several other countries as well. However, it is also true, that such decisions were taken only in respect to those elections that were scheduled in the especially critical period from March to May. Like Georgia, elections scheduled in the coming months in other countries like USA, Island, the Czech Republic, Lithuania and New Zealand still stay scheduled due dates. In some countries, possible alternatives like conducting elections on due date via electronic, or via postal means are being discussed, however such scenarios are widely debated and subject to skepticism.

To date, it’s less probable that the issue of postponing date of election will be seriously discussed in Georgia. While the legislation does not place serious restrictions on changing the election date, and only bans conducting elections during the state of emergency, postponing elections is still improbable due to various other factors.

First of all, at this point Georgia is dealing with the pandemic crisis successfully. If this process stays stable, postponing the elections will not be of vital importance. However certain administrative challenges must be met in order to conduct the process smoothly: additional equipment like face masks, disinfectants and thermometers will be necessary to be mobilized on the election districts on the voting day in order to provide safe environment for the voters as well as for the members of the election commissions and the observers. Also, the state will have to provide opportunity to vote for those voters who will be infected or under quarantine for that moment. All of these requires substantial resources, however CEC Argues the state has enough resources in order to successfully conduct elections on 31th of October and provide the citizens with the healthy and safe environment even if the pandemic is prolonged up to the end of October.

Therefore, despite the fact that most probably process of fighting coronavirus will continue through the coming months, the only sound reason for postponing elections scheduled on 31th of October will be a new burst of epidemic spread and declaration of the state of emergency. This question may return to agenda in case the rapid spread of virus is observed, however in the light of current low risks of pandemic spread and the present political situation in the country changing the elections date seems less probable on the one hand, and less necessary on the other.