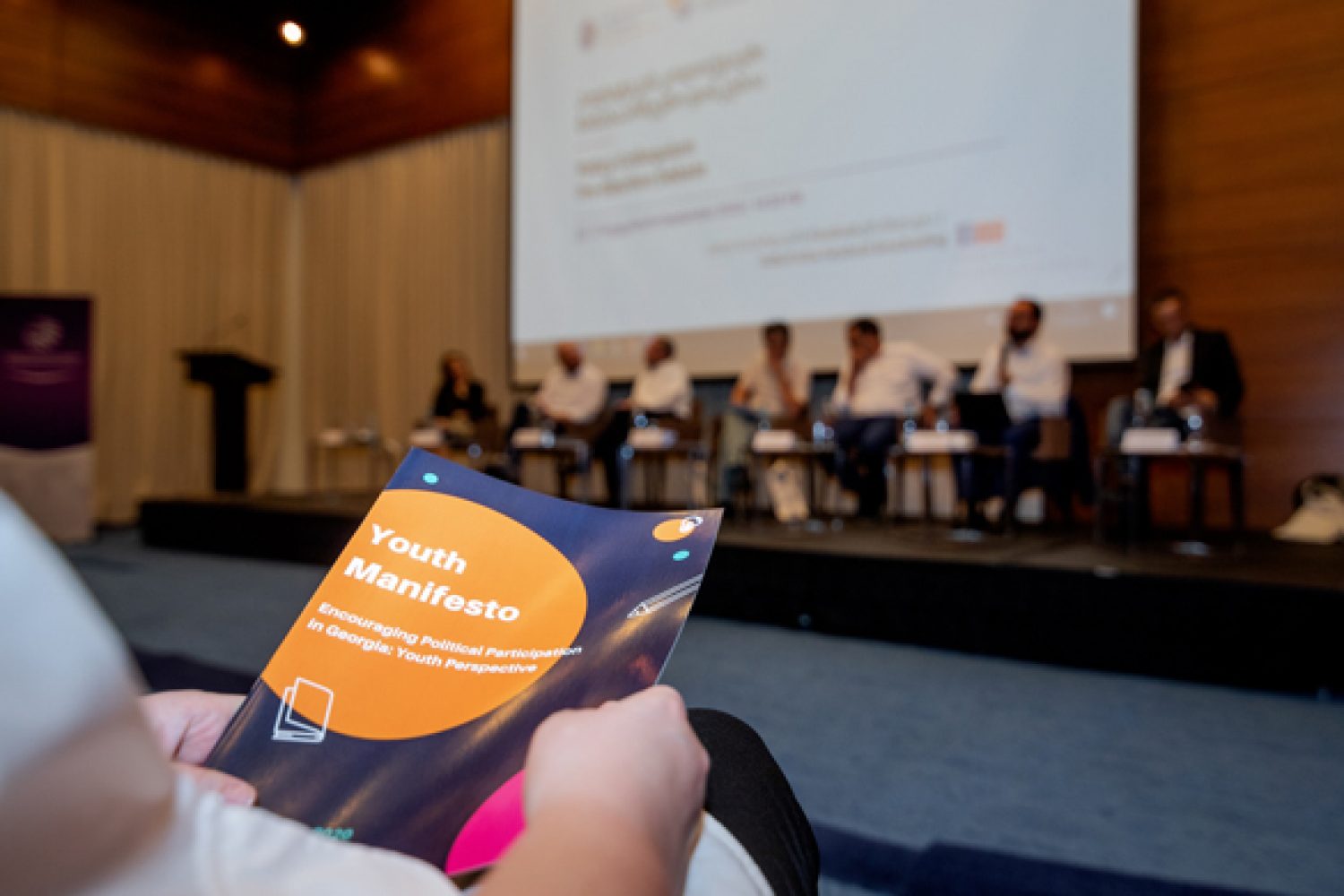 In order to highlight the problems related to youth political participation, a series of summits were held throughout Georgia in the framework of the GEOYOUTH2020, a joint project between the Georgian Institute of Politics (GIP) and Polis180. More than 150 young people participated in discussions which revealed several structural barriers keeping young people from participating in electoral activities.

In terms of electoral participation, 18-35 year old Georgians citizens are much less likely to vote than other age segments. According to data from the 2019 Caucasus Barometer, 23% of 18-35 year old Georgians would certainly, or most likely, not vote in elections, which is comparatively high to other age groups. In order to rectify this problem, the Central Election Commission has been carrying out an educational project, “Elections and Young Voter”, for high school students during the past five years. However, the low turnout of youth was there during the 2018 Presidential Elections as well: as data from the Caucasus Barometer showed, 38% of young people indicated that they had not participated in the first round of voting, while 42% did not participate in the second round. The importance of this issue was emphasized by the Chairwoman of the Commission – Tamar Zhvania, in June 2020 at a conference organized by GIP. In comparison to results from other age groups, people from 18 to 35 are noticeably unmotivated when it comes to participation in the elections.

A positive note is that limited participation of young people at the ballot box does not necessarily imply a negative attitude towards the electoral process as a whole. Discussions held within the framework of GEOYOUTH2020 highlighted that one of the sources of the problem might be that young people, at an age of forming their own political views, are evaluating electoral subjects much more critically, and therefore, they find it difficult to make a decision. This indecision is then exacerbated by a polarized political environment. According to a 2019 Caucasus Barometer, the biggest portion, 46% of participants from the youth segment, believe that no political party shares their views. According to the data from August 2020, only 28% of participants know who they would vote for if Parliamentary Elections were held the next day. Despite of the overall positive attitude towards the electoral process, demonstrated during the GEOYOUTH2020 discussions, it is within this atmosphere, where sentiments of political apathy have manifested.

Apart from the fact that young people in Georgia are forming views and opinions in a highly turbulent political atmosphere, they also face structural barriers which impede their political activity, and affects the dynamics of electoral participation.

Discussions with youth at the GEOYOUTH2020 summits have demonstrated that there are structural barriers to political and electoral participation including geographical factors, intraparty inefficiency, and stereotypical stratification of society.

Discussions revealed that according to the young people’s perceptions intraparty structures do not provide a professional space for them. They think that youth engagement in political party activities does not include working on the political agenda and young people can hardly take part in any real decision-making processes. Instead, their participation is much more performative and accordingly, young people do not see themselves represented in the pre-election rhetoric of leading political parties.

Structural hardships which limit voting are even more expressed when it comes to young people living in the regions. Infrastructural or economic challenges restrain them from having adequate access to the centralized political processes in the country. Georgia is a capital-oriented state and the key political and social positions are mainly concentrated in Tbilisi. The majority of young people living in the regions come to Tbilisi to participate in higher education. As a result, they become not only separated from their local political context, but their voting procedure becomes logistically inconvenient, as in most cases they need to return to the regions to vote in each round of elections.

Gender and ethnic stratification is perceived to make the problem of youth political participation even more acute. Young women and representatives of ethnic minorities are less likely to participate, since they frequently are the victims of the wide-spread stereotypical lack of trust or stigmatization from the society. It leads to the disappearance of issues related to their needs from political discourse, and further stimulates political apathy and nihilism in this segment of youth.

Why Don’t Young People Go to the Ballot Box?
Low electoral participation by young people is not a problem exclusive to Georgia. There are, however, specific circumstances in the Georgian experience which cause greater apathy and disinterest toward representative democracy. Unlike older demographics, young Georgians are in the process of forming their own political opinions, while also searching for an ideological worldview. In a highly polarized, turbulent and unstable political environment the still developing views of young people can be easily transformed into an apathetic and nihilistic outlook. And this is what causes a negative impact on youth electoral participation.

In addition, persistent structural barriers, such as ineffective intraparty system, stereotypical stratification of society, and stark differences between the center and periphery, contribute to diminishing young people’s motivation to participate at the ballot box, as many have raised during the GEOYOUTH2020 summits.

This lack of youth participation remains a hurdle which must be overcome in order to create a healthy political space with the diversity of political visions heard without any type of discrimination. Especially now with the new, more proportional, electoral system, the fate of representative democracy in Georgia depends on a more evenly distributed voting percentage.