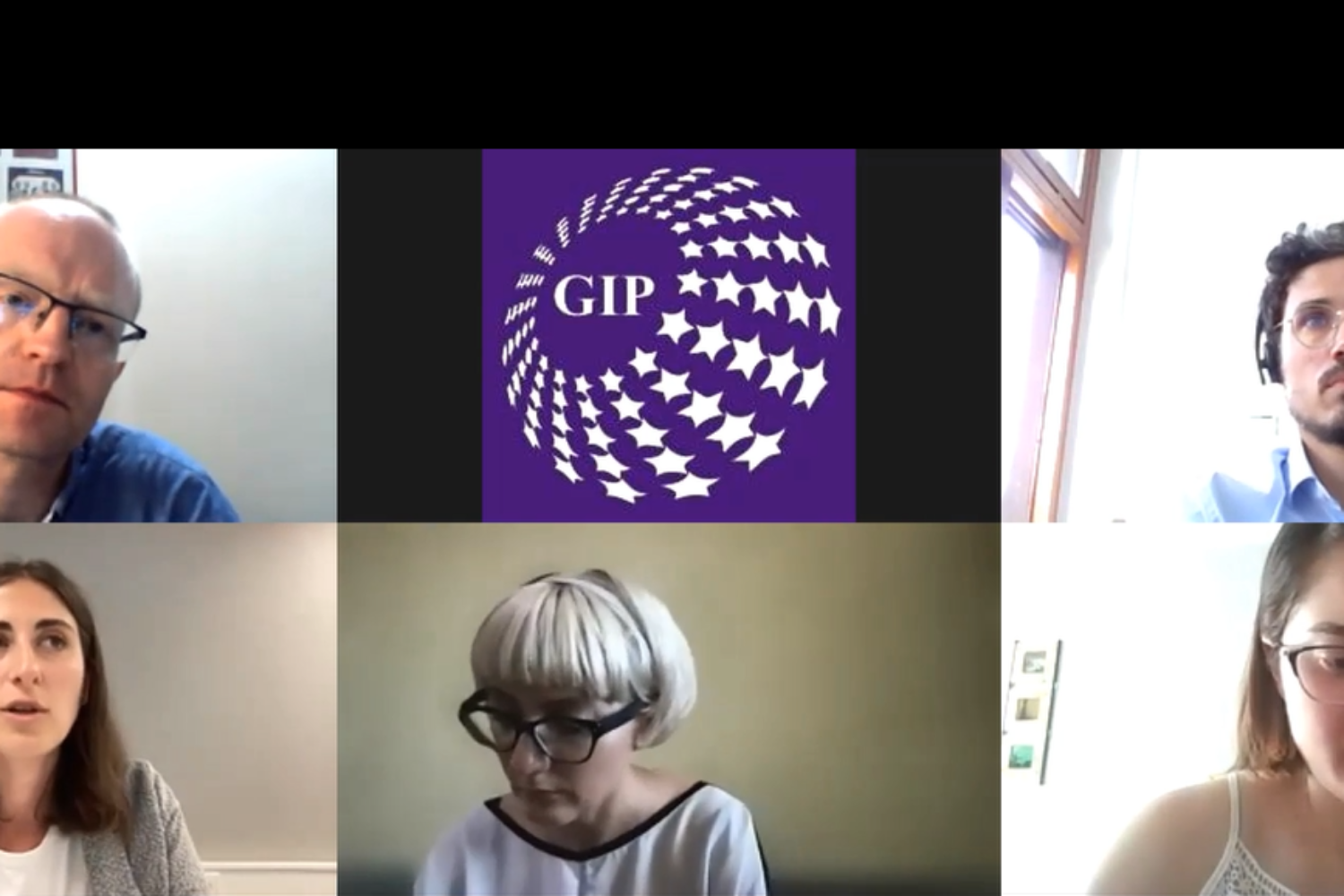 On June 16, 2021, Georgian Institute of Politics (GIP) hosted the 3rd panel of the 6th edition of its traditional annual Democracy Conference #GEODEM2021. The main theme of the panel was Populist Nationalism and Euroscepticism: Imagined or Real Threat for Associated Countries? In order to discuss the negative impacts of populism and euro-skepticism, the panel addressed the following questions: What are key populist discourses and narratives in Georgia, Moldova and Ukraine? How influential are populist actors and what strategies do they utilize? What is the impact of populism on democratization processes in the three EaP countries? To what extent do populist actors/discourses shape policy agenda of mainstream parties/government? What is the impact of populism on the processes of European integration and Europeanization of Georgia, Moldova and Ukraine? To what extent do external actors empower populist actors/discourses in these three countries? 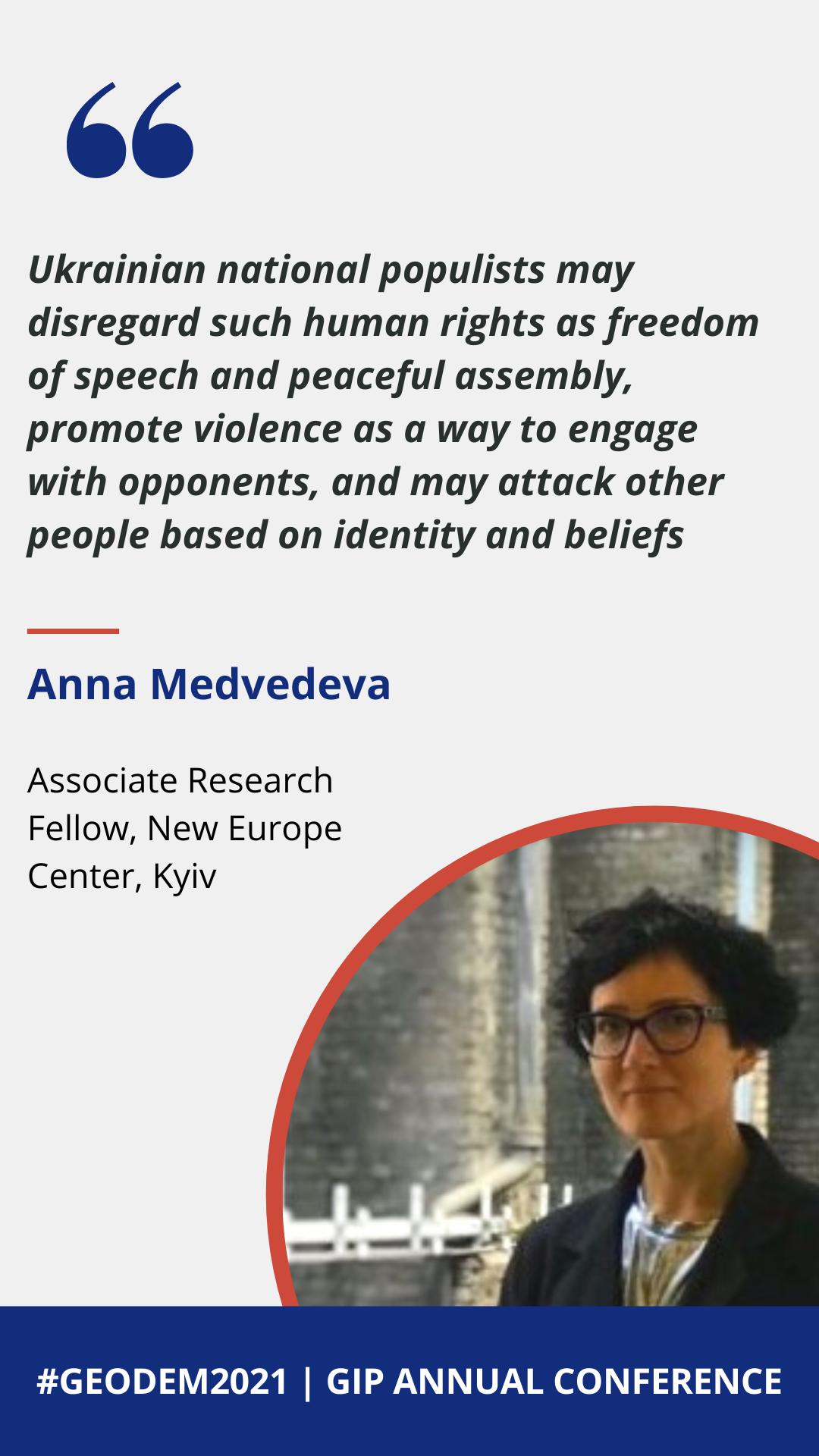 The speakers presented their research conducted based on the cases of Moldova, Ukraine and Georgia. While talking about the key actors in Ukraine, Anna Medvedeva emphasized that Ukrainian national populists can be grouped into political parties, street movements, non-governmental organizations, battalions affiliated with the far-right and engaged in the hostilities in Donbas. She also mentioned the Russian factor and stated that the narratives of the Russian nationalism place Russia, Ukraine and Belarus within one Slavik family. While some Ukrainian national populists recognize security benefits linked to European and Euro-Atlantic integration, they widely oppose to perceived European values. 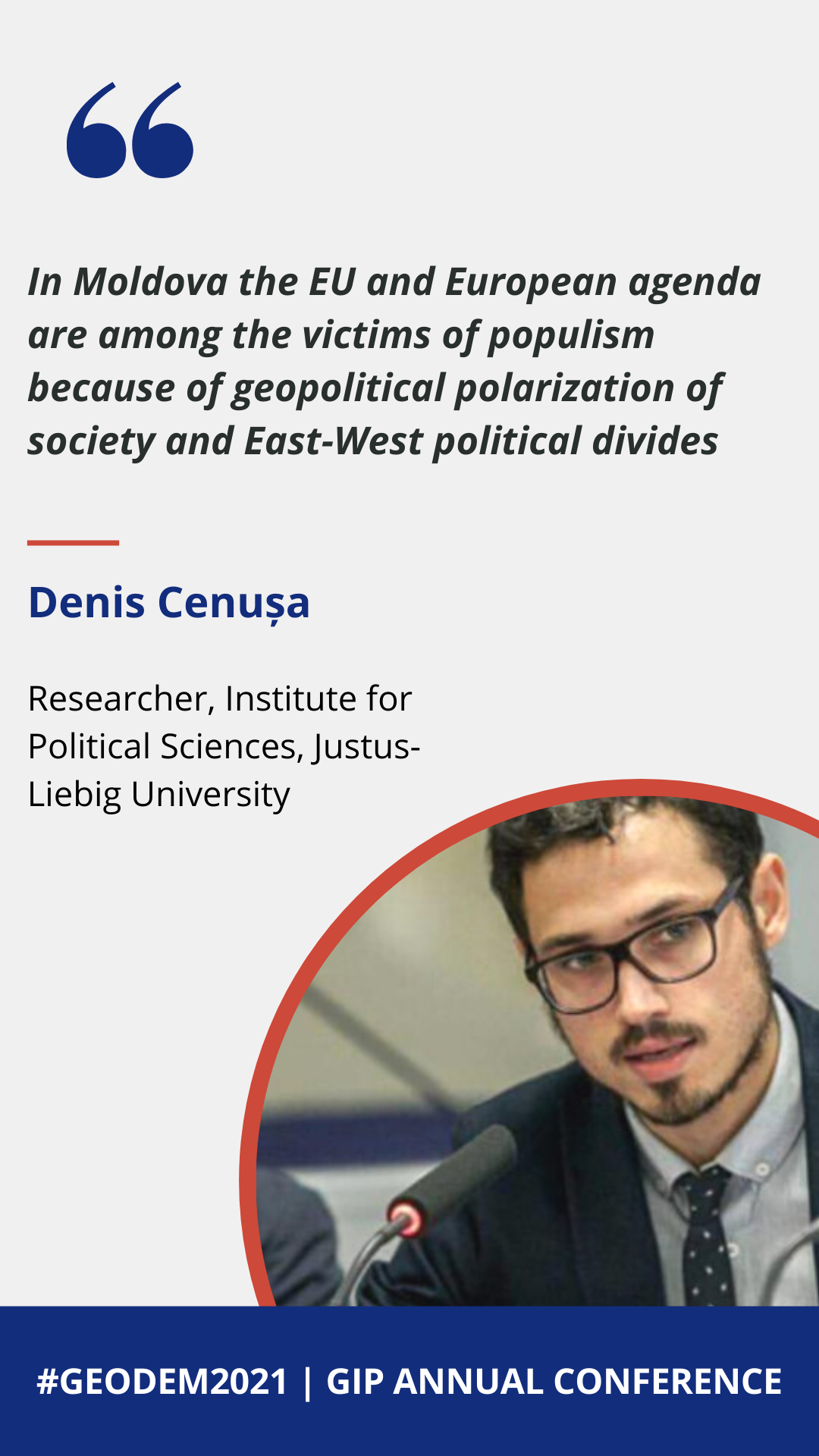 Similar trends were discussed by Tamta Gelashvili when reporting the findings about the Georgian case. According to her, far-right actors in Georgia usually change their opinions, formats, ideologies etc. Thus, if one is a nationalist populist today, tomorrow it can be transformed into extremist rightist. The main goal of far-rights is rooted in fear. E.g. “Georgian idea” was usually concentrated on the fear of legalizing pedophilia, incest, gay marriage and etc., while populist nationalists, add the clash between elites and the people to these fears. Tamta Gelashvili argued that the levels of support towards these forces is based on ethno nationalism, weak political system and a low level of public trust towards institutions. Therefore, their narratives are influential. 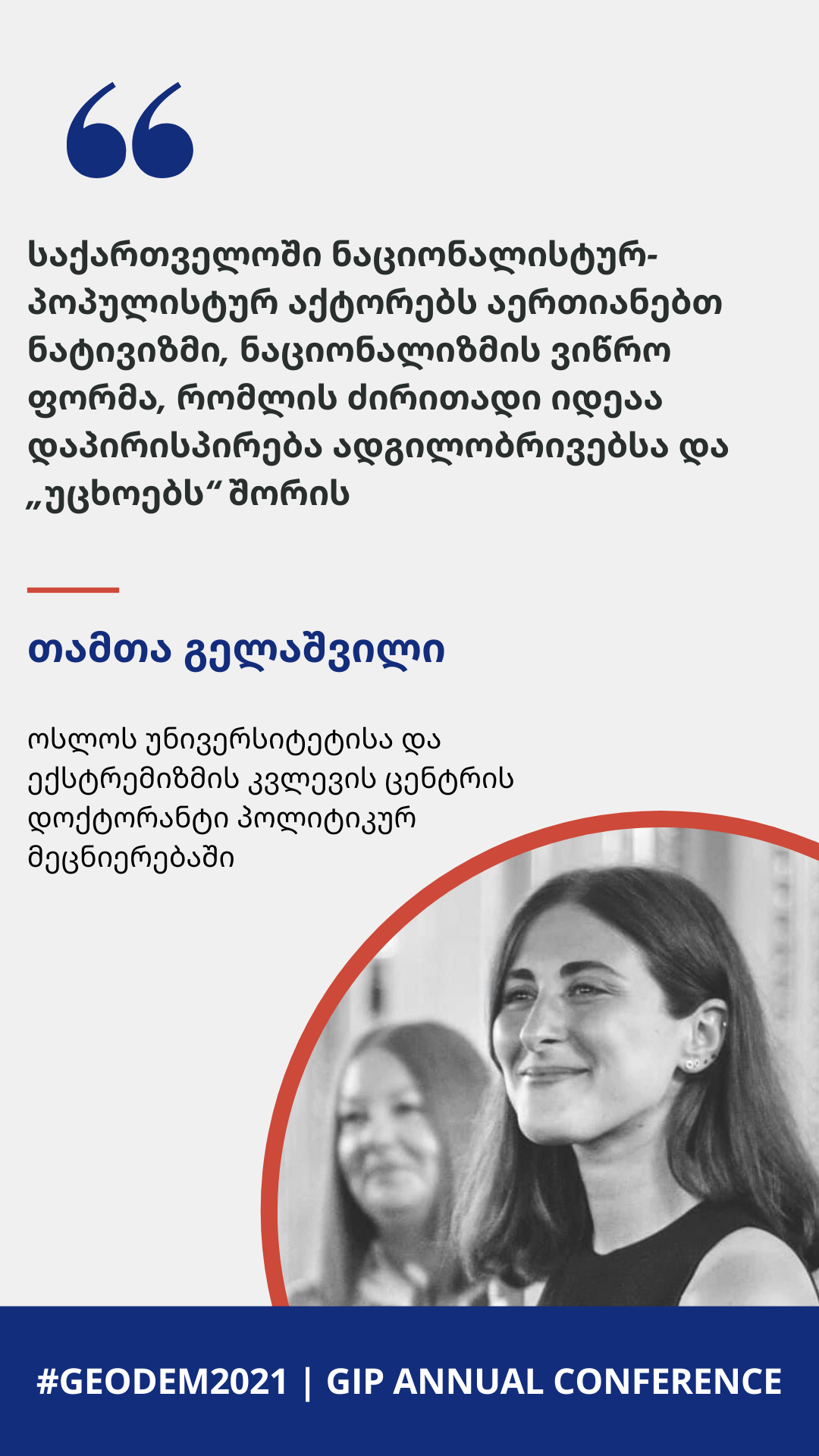 According to Denis Cenusa, the situation in Moldova in this regard is different from the rest of the explored countries. The main actors in Moldova are right as well as leftist parties. Those parties are more populists rather than nationalists. In Moldova the socio-economic environment is too week for populism. Additionally, political parties are the main actors behind the populist discourse and they try to increase their influence through different NGOs. Populist discourse is also actively used against the government in Moldova. Last but not least, European integration is one of the main targets for populists, who try to hijack the public sphere.