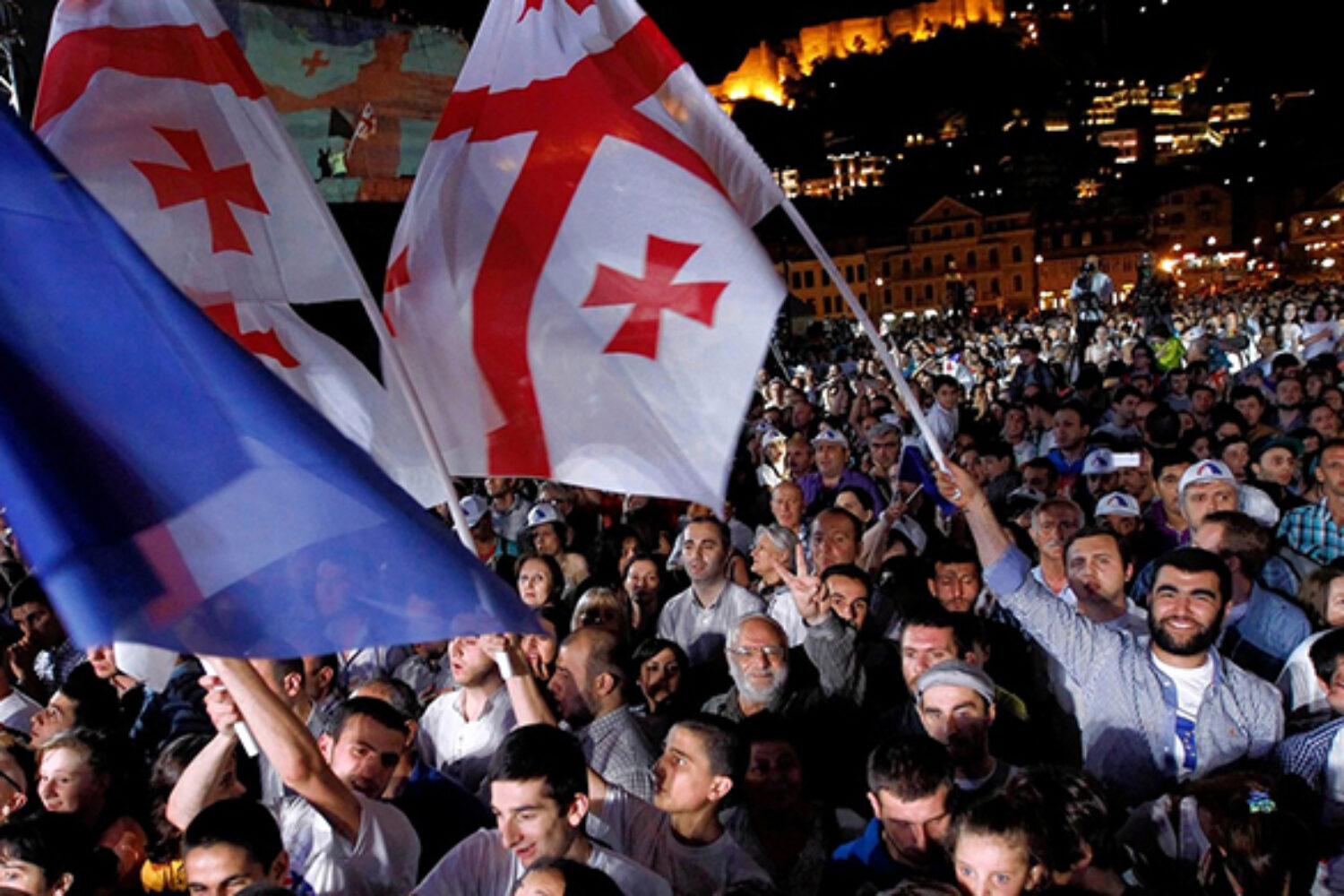 December, 2016 marks a full year since the European Commission released its fourth and last progress report on Georgia’s implementation of the visa liberalization action plan (VLAP) it received in 2013. The verdict was positive: Georgia had met all criteria for being granted a visa waiver for the Schengen Zone (which makes up most of the EU). Since then, a lot of time has elapsed and nothing substantial has happened. Georgia appears to be stuck in the waiting room while the EU stalls on making a final political decision. The positive progress report now looks like empty words. 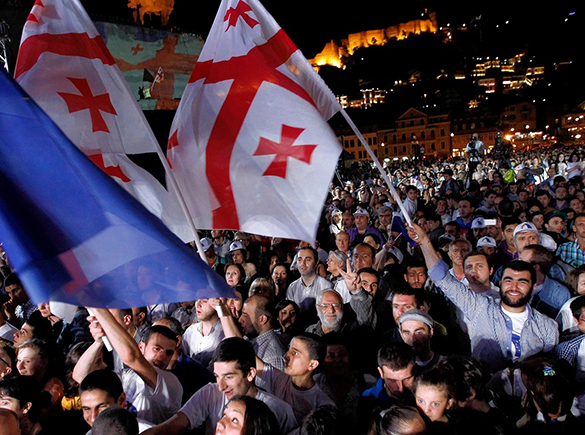 REUTERS. Georgians celebrating the signing of the Association Agreement in 2014.

The European Commission has already agreed to grant the waiver, and the European Parliament has indicated it would agree to the waiver, too. So, what’s holding it up? Domestic politics have a lot to do with it. The European Council is delaying a final political decision by putting up new obstacles. German media has made a frenzy about Georgian crime rings allegedly plaguing German cities, claiming that Georgian immigrants are overrepresented in crime statistics. These claims have been debunked. Still, they’ve contributed to worsening the political mood in an already bitter anti-immigrant climate: granting a visa waiver would (allegedly) open the floodgates for even more Georgian criminals to enter the country and rob German homes.

To address these concerns and others stoked by the refugee crisis, a revised suspension mechanism was proposed in May, 2016, after Georgia’s positive VLAP progress report. The revised mechanism would apply to all existing and pending visa liberalisation agreements and would make it easier for individual member states to request a temporary suspension of the visa waiver. The waiver for Georgia (as well as for Ukraine and Kosovo) was thus suddenly made dependent on negotiations for the suspension mechanism, which has been delayed several times. The can has been kicked down the road to January, 2017, after which the final phase of negotiations for Georgia’s visa waiver can begin.

That said, the road to Europe looks more perilous for Georgia with each delay. The country’s ambitions have been frustrated due to a lack of political will and consensus in the European Council and in various European capitals. In fact, the rules are changing on the fly. There is no existing legal obligation to make the visa waiver dependent on the result of negotiations for the suspension mechanism, it is simply another obstacle. Even worse, momentum for granting the visa waiver is fading from the EU agenda. Key elections in various EU member states in 2017—the Netherlands, France, Germany, and possibly Italy—in which immigration will dominate the campaign rhetoric, remove any political incentive to approve “opening the floodgates” to Europe’s periphery.

Any final decision is unlikely before Germany’s parliamentary elections conclude in September, 2017. Meanwhile, France will elect a new president in May, 2017, which will most likely be between the Eurosceptic and anti-immigrant National Front leader Marine Le Pen and the Republican candidate François Fillon. Both candidates represent varieties of “pro-Russian” (and Eurosceptic) sentiment. The EU has lost its momentum with regard to Georgia and Ukraine. With Turkey increasingly distancing itself from Europe—actively steering away from EU membership and visa waiver criteria—Georgia will grow, geographically and psychologically, even further from the EU.

Georgia’s pro-European stance can’t be taken for granted. The newly-elected Georgian Dream government lacks the internal dynamism of former pro-EU coalition partners such as the Free Democrats and the Republican Party of Georgia. On a whim, Georgian Dream could choose to become “pragmatic” and recognize the benefits of closer ties with the emerging Russia-Turkey axis and the Russia-Armenia axis. Russia has frequently suggested it would consider granting visa-free travel to Georgian citizens, but hasn’t specified the quid pro quo cost. From Georgia’s perspective, there certainly is a political and economic case for such a path. The question is whether the Georgian people are willing to make that bargain, at any price. At this moment, the answer is strongly negative. However, moods can change. The message of closed doors in Brussels, whether to the EU or NATO, is clearly and strongly felt in Georgia.

The EU has no time to lose if it wants to keep a loyal and rewarding partner in an important geopolitical region. Georgia is the last standing bastion of the EU’s neighbourhood policy and a positive example of post-Soviet transformation. The visa waiver sends a small but important message to the Georgian people—that their commitment to Europe is recognized and reciprocated.