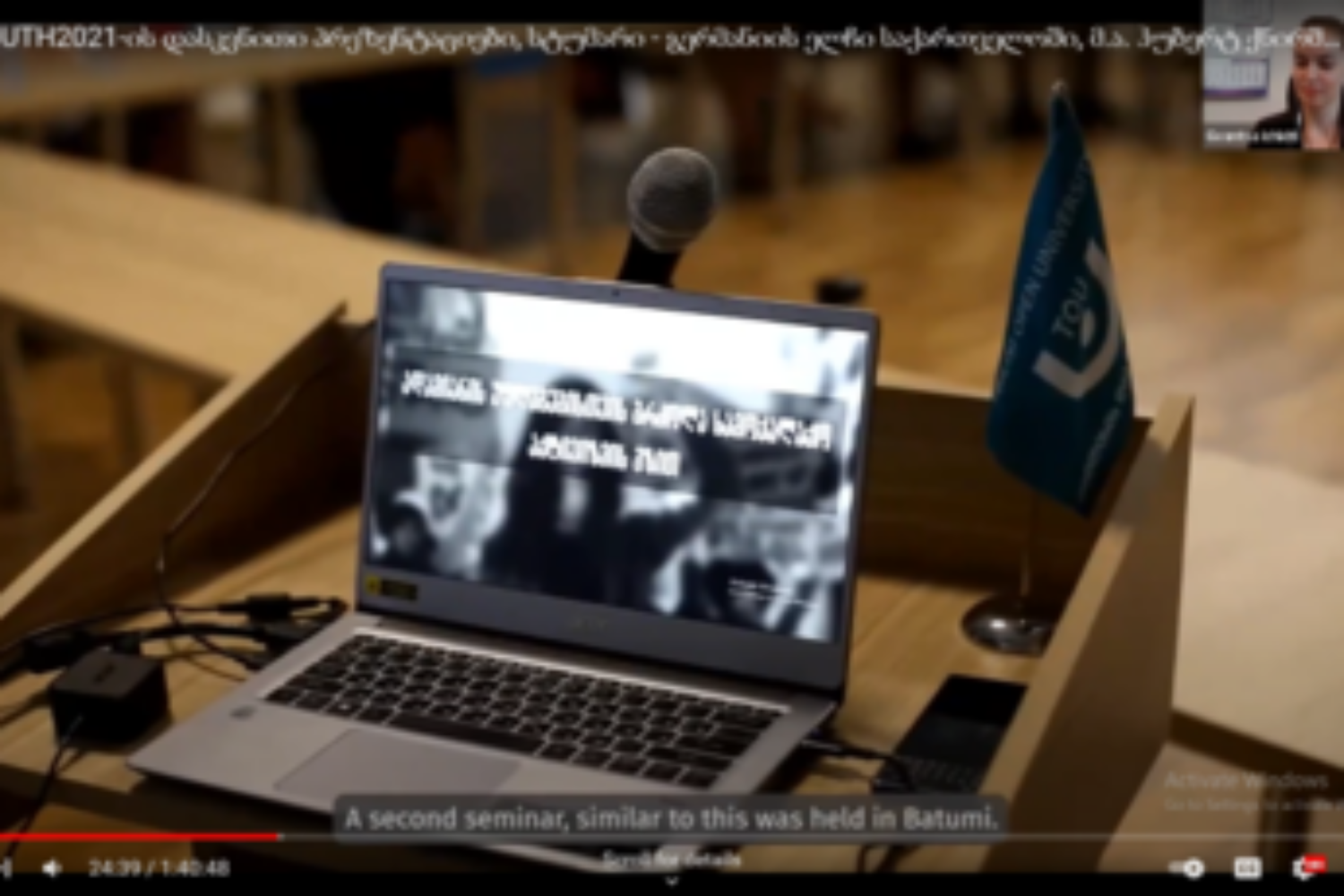 On October 6, GIP organized an online closing event for 8 regional sub-projects financed and held within the framework of #GEOYOUTH2021.

Representatives of eight Youth Initiative Groups from different regions of Georgia presented objects and outcomes of their projects.

They presented outcomes of their own projects on Youth civil engagement, combating stereotypes, strengthening local institutions and involving young people in decision-making at the municipal level.

The guest of honor at the online closing event was the Ambassador of the Federal Republic of Germany to Georgia H.E. Hubert Knirsch.

Project #GEOYOUTH2021 is implemented by the Georgian Institute of Politics (GIP) in cooperation with the German organization Polis180 with the financial support of the Ministry of Foreign Affairs of the Federal Republic of Germany. The project is a continuation of #GEOYOUTH2020, in which a youth manifesto was developed by more than 150 young people, including representatives of ethnic minorities and mountainous regions. The document, published before the 2020 parliamentary elections, outlines the challenges of youth political involvement and offers the public ways to address them .