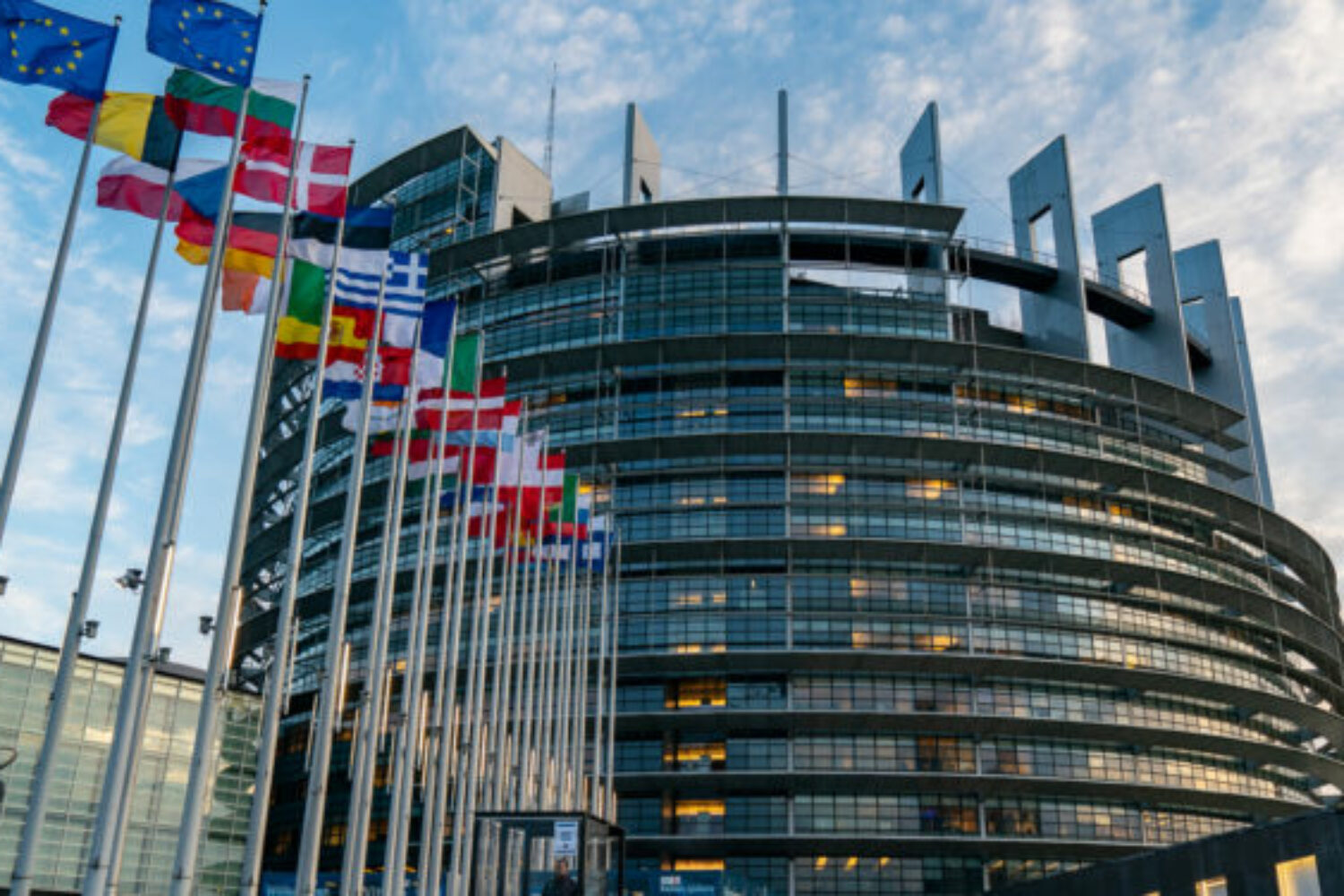 Although the first stage of the EU’s mediation during the ongoing Georgian political crisis initially failed, Georgian political parties continue to discuss the terms of the agreement within the EU’s mediation framework.[2] During different stages of the discussion process, the agreement has now been signed by the governing Georgian Dream party and Girchi, a libertarian movement. In this respect, it can be said that the consensus-achieving process has been relaunched, and evaluation of the specific components of the deal is once again the subject of active discussion.

Despite the importance of dealing with the crisis itself, this document should only be considered a starting point in the process of forming a consensus-oriented political culture. The EU’s role in Georgian politics is far greater then resolving the active phase of the given crisis: in the long term, it can assist Georgia in creating a political culture and transforming into a stable European state. In this regard, involving political parties in the Jean Monnet Dialogue and making maximum use of the format may play an active part in this process. Therefore, it is interesting to examine what sort of opportunities the given dialogue will grant Georgia, and how the country can benefit from it.

Idea and Efficiency of Jean Monnet Dialogue in Practice

The Jean Monnet Dialogue for Peace and Democracy, as mentioned in the subchapter on the share of power in Danielsson’s proposal, is a framework created by the European Parliament and is aimed at improving the culture of dialogue, providing assistance in the process of consensus building, and forming a democratic political culture. Therefore, the countries to which this framework applies have the opportunity to manage their domestic political crises through direct communication with the European Parliament and achieve consensus on important aspects of the development of the state. So far, this instrument has been used by Ukraine, the Republic of North Macedonia, and Serbia.

The framework of the Jean Monnet Dialogue was first applied during the European Parliament’s cooperation with the Verkhovna Rada of Ukraine in 2016, and it was able to achieve important results in the context of domestic political stabilization and the advancement of democracy. Cooperation in the framework of Jean Monnet Dialogue still continues in Ukraine, and its long term goals include maintenance of the cooperation oriented inter-party dialogue, the sustainable advancement of the democratization process, and the drafting and implementation of any necessary reforms. During the very first round of the talks in 2017, Ukrainian political elites made a number of deals, including the creation of a working group on institutional reforms inside the country’s parliament and defining the role of the Ukrainian opposition. Through the dialogue, the Ukrainian leaders managed to conduct intensive talks on the issue of the formation of a coalition by bringing their party lines closer to each other. The last 2019 report on the talks clearly demonstrated the readiness of the Ukrainian parties to identify the national interests and strategic objectives of Ukraine, that, as the document reads, shall first of all “serve the interests of the Ukrainian people”.

The Republic of North Macedonia

The Republic of North Macedonia also engaged in the Jean Monnet framework. While this country actively advances on its path to EU membership, its participation in this framework is of particular interest for Georgia. The Jean Monnet Dialogue has proved to be one of the most important tools in the process of building a political consensus to the extent that in March 2020, its efforts preconditioned the European Council’s decision to launch negotiations on granting EU membership to North Macedonia. Importantly, this decision was preceded by such important achievements as the creation of the country’s Code of Ethics, the formation of an inter-party working group inside parliament, and the establishment of an institutionalized culture of cooperation.

Another relevant case for Georgia is Serbia, where the Jean Monnet framework was launched by the European Parliament in 2019. This form of cooperation was successful at settling the country’s 2020 post-elections political crisis. During the last post-elections stage of the talks, members of the European Parliament achieved substantial results, such as reaching a consensus-based inter-party deal, an agreement on the conduction of legislative reforms of electoral and procedural frameworks, as well as fundamental EU-associated reforms.

Therefore, resting on the three cases mentioned above, the Jean Monnet Dialogue may prove to be an important opportunity for Georgia, as it  focuses on issues that have been consistently  problematic for our country, such as establishing consensus-oriented inter-party cooperation based on shared national interests; building a respective Europe-an political culture; and the institutionalization of this process. The EU has quite a long tradition of building such policies, and conducting dialogue within such a framework with the European Parliament could help Georgia substantially advance  on its way to EU integration, as happened in case of the Republic of North Macedonia. Therefore, it could be argued that in case the Georgian political elites are not able to reach any consensus, the country loses a significant chance for long term development.

The Jean Monnet Dialogue is based on nine rules that may prove important in dealing with the current political crisis.

According to the framework, any involved political parties engage in the process “on equal terms”. This means that in the context of the talks, the terms, resources, and status of the stakeholders are maximally balanced; these leverages will have less influence on the process of negotiations as compared with those held in a more traditional, domestic environment. Usually, the ruling political party has advantages during political crises, including its control over administrative resources and decision-making mechanisms of various scales, which as a rule are essential for gaining advantages during the inter-party dialogues. Such leverages will probably be neutralized and have a minor negative impact on the process of reaching consensus.

Another condition that the political parties entering the dialogue have to meet is that “zero is not the option”, i.e. there is no party that can either completely win or lose. Outcomes are achieved through the process of multiple compromises from all stakeholders, which results in bringing the party positions on various issues closer to each other; in addition, this is further accomplished through reformulating these positions so that achieving a consensus is possible, as in case of The Northern Macedonia. The main factor hindering the process of inter-party negotiations is a series of red lines that neither of the conflicting parties is willing to cross. Therefore, applying the Jean Monnet framework to the Georgian political context would lead to reevaluating the red lines and reformulating them in such a way that a greater part of the Georgian public is satisfied with the outcomes.

Among the other rules, one of particular importance is “no media communication until there is a concrete outcome”. The Jean Monnet Dialogue is mostly conducted in France, where the participating political leaders can fully concentrate on the issues under discussion away from extra attention and stress placed from the domestic media and the public. It is noteworthy that both rounds of the negotiations conducted in the framework of Christian Danielson’s mission in Tbilisi were characterized by substantial activity from the side of the sharply polarized Georgian media. In some cases, this can lead to the existence of various interpretations over the issues. The rule of minimum media communication until final outcomes are achieved may substantially advance the process, as the party leaders will concentrate on pragmatic negotiations and decisions and think about attempting to impress the public

Jean Monnet Format as an Opportunity for Georgia

In conclusion, it can be argued that the Jean Monnet Dialogue is a vitally important chance for Georgia, and the country’s political parties should not waste it. The cases of other nations clearly demonstrate that the framework is effective at settling deadlocked political crises. In addition, the rules of the framework by themselves could assist the process of settling the current political crisis in Georgia.

Besides, as the cases of other countries demonstrate, successful participation in the Jean Monnet dialogue may – in the long term – help the country move forward on its path to EU integration. Such formats are becoming vital for preparation of the EU Membership Application in 2024, as it precisely addresses those issues that might hinder the successful preparation of the application. Finally, if Georgia really desires EU membership, it should pay more attention to the experience of the Balkan states, as they are one step ahead in this process, and their path should be of great interest for our country.

[2] The original text is published in Georgian; Available here