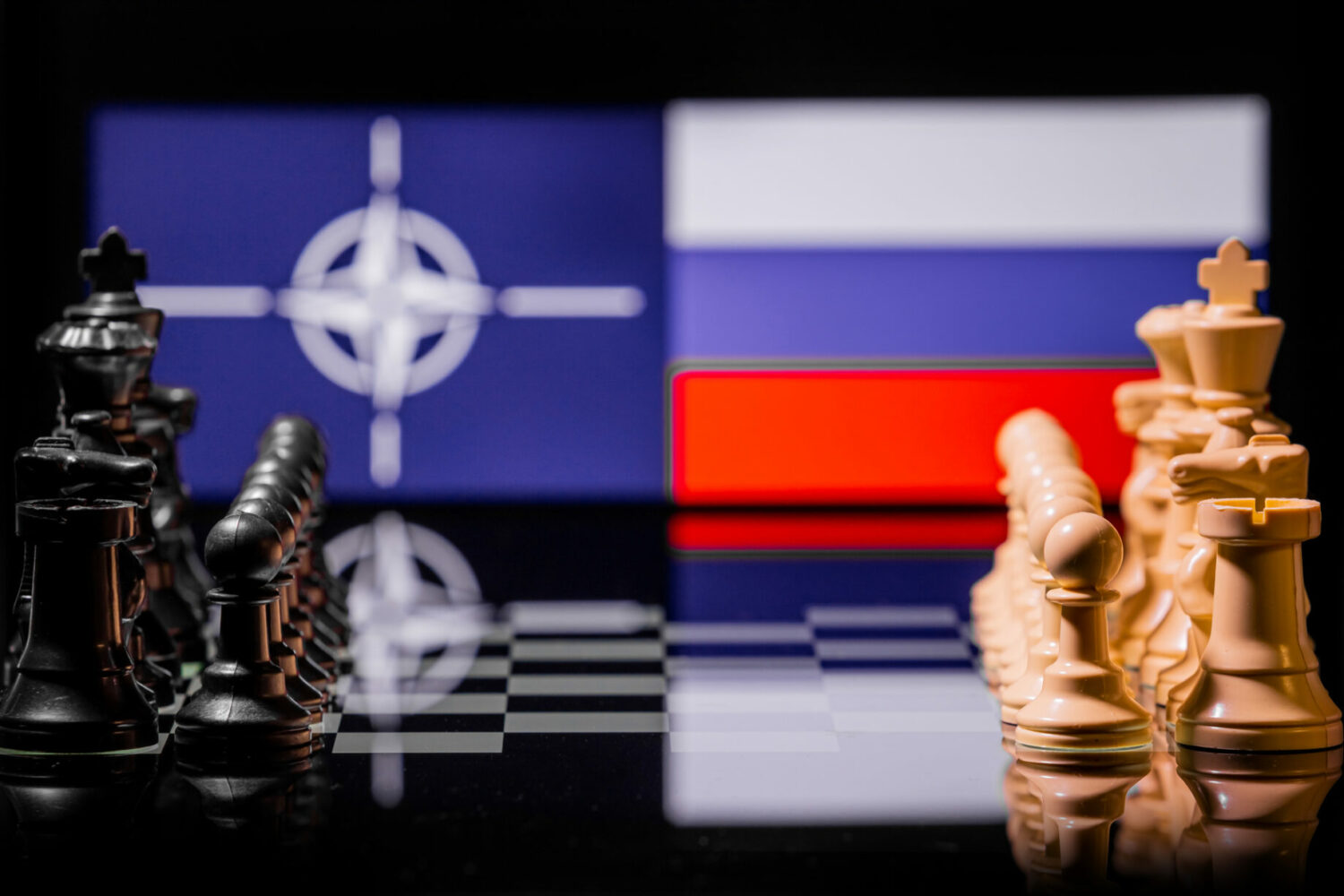 In the current deadlock in Russia’s relations with the West – perhaps the most serious since the end of the Cold War – both parties are operating on the basis of illusions inherited from the distant or not-so-distant past.

The whole philosophy of the trans-Atlantic West is premised on the idea of collective, and therefore equal and indivisible, security. What often remains overlooked in this reasoning is that “equality and indivisibility” works well within political (the EU) and military (NATO) alliances, bringing together and connecting countries with a long record of animosity. Yet when it comes to countries not belonging to the liberal international order, this approach fails to work. In fact, there is only one institutional platform – the Organization for Security and Cooperation in Europe (OSCE) – where the Russian and Western powers can discuss security issues. But as the meeting of the Permanent Council in Vienna on January 13, 2022 demonstrated, this organization has been strategically no more helpful than direct Moscow-Washington and Moscow-Brussels talks. This is so because the principle of “equality and indivisibility” requires a security community, which is a long way to go given the intentional generation of multiple insecurities by the regimes in Moscow and Minsk. This is a long-term dilemma that the OSCE, the EU and NATO have to face: if “genuine” security is unattainable without the acceptance of – and adherence to – human rights and the rule of law agenda, then there are countries in a wider Europe whose inclusion into the liberal security order by this criterium will always remain precarious and highly uncertain. Russia and Belarus are definitely among them.

Another point overlooked concerns irreducible tensions between the principle of collective (equal and indivisible) security, on the one hand, and the freedom of membership in alliances, on the other. Both principles are of liberal pedigree, but it seems that in the current context they might contradict each other. The free choice of joining political and military organizations is practically and institutionally implementable: there are rules and procedures that frame and guide this process when it comes to the European Union, NATO or other blocs and alliances. Yet the idea of security as a common public good for all remains more a matter of (mis)perceptions and judgemental, if not ideological, assessments, and leaves ample space for subjective interpretations. If the Kremlin thinks that Ukraine’s and Georgia’s contacts with NATO, even in the absence of Membership Action Plans (MAPs), are detrimental for Russian security, then perhaps Serbia may replicate this argument with regard to Montenegro’s accession to NATO. On their part, Ukraine might have good reasons to claim that Belarus’ membership in the Collective Security Treaty Organization (CSTO) is a challenge to Ukraine security, and Georgia might make a similar argument regarding Armenia’s participation in the same organization. The proliferation of this reasoning might eventually strengthen the anarchical component of world politics.

On the Kremlin’s side, the biggest illusion is the misperception of the entire territory of the former Soviet Union as a single geopolitical area, which leads to a dangerous metaphor of so-called Eurasia as a “borderless space” in which Russia should have an upper hand. Within this logic, Russia’s commitment to sovereignty of all post-Soviet countries depends on the level of their “rationality”, which implies giving priority to relations with Moscow, as opposed to a multi-vectoral model of foreign policy.

It is this illusory vision that explains the recent Russian reinterpretation of the outcomes of the 2008 NATO summit in Bucharest. From the Western perspective, the Alliance’s hesitancy to progress with MAPs for Georgia and Ukraine was an explicit concession to Moscow’s concerns and demands. Perhaps, the German and the French governments thought that putting aside MAPS for these two Western-loyal countries was a contribution to “equal and indivisible” security. In fact, Moscow has received an informal confirmation of the fact that countries that don’t fully control all of their territories and are in a conflict with their neighbours can’t get accepted to NATO at this stage. In Georgia, in particular, the Bucharest summit is considered as provoking and even facilitating Russia’s military campaign against this country in August 2008. Yet what we hear from Moscow nowadays is a different story: according to the most recent Kremlin’s version, NATO had left the door open to both Ukraine and Georgia, simply postponing their eventual membership.

The Kremlin’s understanding of security is largely based on the Finnish model of neighbourhood that implies two key points – the acceptance of a territorial loss and military neutrality in the sense of non-participation in security blocs in which Russia is not a member. As a Russian political analyst Sergei Medvedev cogently wrote, the Karelian question was self-censored, rejected and even tabooed in the Finnish collective psyche. In his words, “Finland has to repress its desire for Karelia in order to advance its prospects of joining the EU”. However, with all due cognizance of advantages of the Finnish model, it remains an exception rather than a rule, and can hardly be replicated in cases of other Russia’s neighbours whose territories were annexed or occupied by the post-Soviet Russia. The Finnish model is highly dubious for both Ukraine nor Georgia, and this is so mainly because Putin himself undermines the attractiveness of the so called ‘Finlandization’: as a reaction to the recent Russian military build-up on the border with Ukraine, the governments in Helsinki and Stockholm had – even if only rhetorically – made clear that the more aggressive Russia becomes, the more it strengthens the sense of insecurity among neutral countries, which might ultimately make them reconsider their neutrality. The recent incident with a Russian jet flying over Finnish military base has once again confirmed that non-membership in NATO doesn’t spare neighboring countries from unfriendly and provocative Russian incursions. The expectation of the vice speaker of the Russian parliament that Finland and the Baltic state will “crawl” into a new Russian empire is very telling in this regard.

The difference between the two models of security – Western liberal and Russian illiberal – is that the former might be inconsistent and ineffective, while the latter is dangerous and detrimental for all of Europe. Loyalty to “equal and indivisible” security is particularly visible in the recent speech by the French President Emmanuel Macron who insisted on integrating, in one way or another, Russia in a pan-European security order and taking into account Russian demands. Under this scenario, given the depth of Russia’s disagreement with the West, it is Ukraine and Georgia that find themselves in the most vulnerable position. As a counter-argument to Macron’s vision one can say that despite the inclusion of security issues into these countries’ Association Agreements, the EU is of little help for them in the current military escalation.

In the meantime, pro-Kremlin commentators in Moscow expect the prevalence of the Russian vision and an imminent “stunning” success in the negotiations with the US. Since Moscow is no longer seeking to make itself part of West-dominated liberal international society, this might ultimately lead to the conflictual co-existence of two distinct security communities. Under this scenario, what we may see at Europe’s eastern margins is a double hierarchy: Russia will take a full advantage of its military superiority, while countries longing for EU and NATO membership will be subjected to these organizations’ political will and broader geopolitical considerations.  A recent example came from the rejection by the German Defense Ministry of Estonia’s request to transfer Germany-produced military equipment to Ukraine. This double hierarchy not only excludes Ukraine – and potentially Georgia – from the space of “equal and indivisible” security, but also paves a way to an unfortunate comeback of great power management, a model that fits Russian interests and leaves most of its neighbors unprotected.