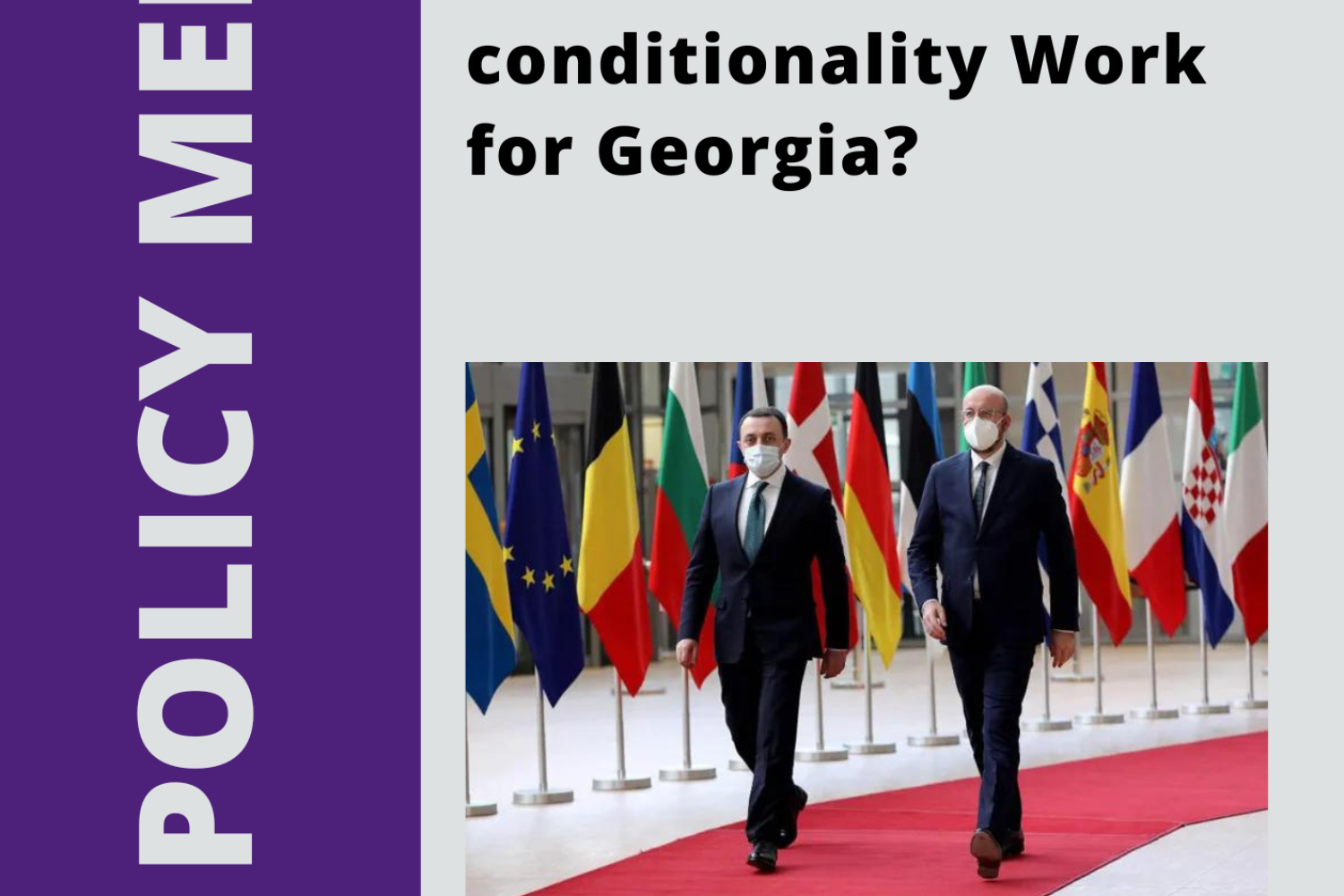 The Eastern Partnership countries and the EU have been enhancing and deepening cooperation in various fields for more than three decades. This partnership framework aims to bring these countries closer to European standards and values through political association and economic integration. The EU had not envisaged enlargement as an objective of the Eastern Partnership, although the “Associated Trio” (Moldova, Ukraine, Georgia) have expressed  aspirations towards membership even within the Neighborhood Policy. The EU had considered the enlargement under the Eastern Partnership framework as a long-term perspective or an unresolved issue. The ongoing developments in Ukraine, the unprecedented military aggression of Russia and its intervention, which undermined the foundation of the structure of international security, made Eastern Enlargement possible and also promoted Europeanisation to the next stage.

The European Commission’s recommendations for Georgia’s prospective membership deepened the existing crisis instead of resulting in political consolidation. The expected surge in Eastern Enlargement faced Georgia with challenges. These included its backsliding from the “Associated Trio” countries, ambiguous explanations regarding the 12-point conditions at local political level, the polarization of political positions, the inefficient communication of the ruling party with the EU and a shift of rhetoric towards the West. There have also been intensified political discussions comprising numerous questions and ambiguities regarding conditionality as the instrument of Europeanisation, as well as the implications of the conditions addressed to Georgia.

The aim of this political memorandum is: (1) to analyze the essence and importance of the conditionality within the expected new wave of EU enlargement; (2) to compare conditions addressed to the Associated countries; (3) to detect the separate risks and possibilities of   Georgian Europeanisation in the event that it does not comply with the conditions.

Gvantsa Davitashvili is a full Professor at New Vision University, where she teaches Europeanisation and European Integration. She has an experience of teaching at HEI on national, as well as international level for more than 8 years. Gvantsa Davitashvili has an experience of working for protection, promotion and researching human rights at NHRIs (Public Defender Office of Georgia) for more than 5 years. She holds a PhD degree in International Relations at the University of Basque Country  (Spain) and LL.M in South East European Law and European Integration at the University of Graz (Austria). Her research interests include European integration of the Eastern Partnership counties, external Europeanisation, democratization of Eastern European countries, foreign policy of the EU. She is an author of number of scientific publications, as well as commentaries and studding resources. Besides her native language Georgian, she speaks English, Spanish and Russian. View all posts by Gvantsa Davitashvili