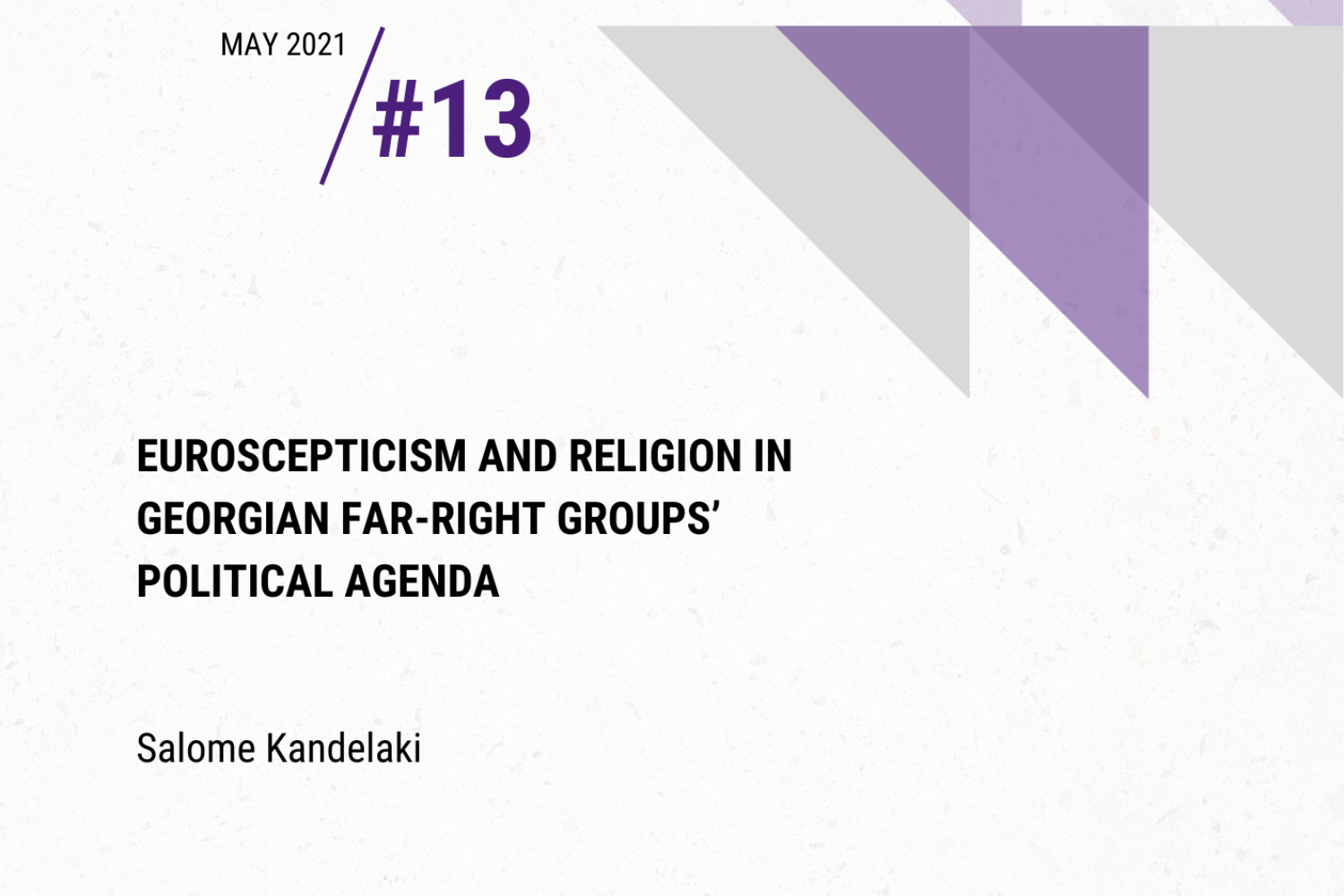 Similar to other European countries, Georgia has seen a rise in far-right movements with a specific political agenda. Three far-right political parties, characterized by public demonstrations and radicalism, are particularly similar in rhetoric and messaging. Their main messages are built on the narrative of defending the Georgian nation from degradation and threats to Christianity. The Alliance of Patriots of Georgia, Georgian Idea, and Georgian March – National Movement are the most prominent among these parties. Apologia of the Christian religion and failed attempts to gain electoral support are their common denominators. However, their attitudes towards Europe and European integration are not homogenous. The following work demonstrates that they have substantially different Eurosceptic attitudes. More specifically, the analysis of the mentioned parties’ election programs, charters, interviews and official pages reveals that their views fall under various types of Euroscepticism. For instance, the “Alliance of Patriots” fall within the “Soft Euroscepticism” of Szczerbiak and Taggart, which opposes the idea of European integration; however, it does not fully support the existing institutions and policies of the EU. “Georgian Idea” may be considered under the “Conditional Euroscepticism” of Vasilopoulou, rejecting political integration but not opposing cooperation among nations sharing common European characteristics.  “Georgian March” falls under “Hard Euroscepticism” of Szczerbiak and Taggart, according to which European civilization is superior and acceptable, but the political liberalism and policies of equality of the EU are unacceptable and incompatible with the preservation of European civilization. In addition, in order to explain the minor electoral support of similar Eurosceptic parties, the work uses a theory based on research by Montgomery conducted in thirteen European countries, according to which individuals that are more religious are less likely to support radical right-populist parties.