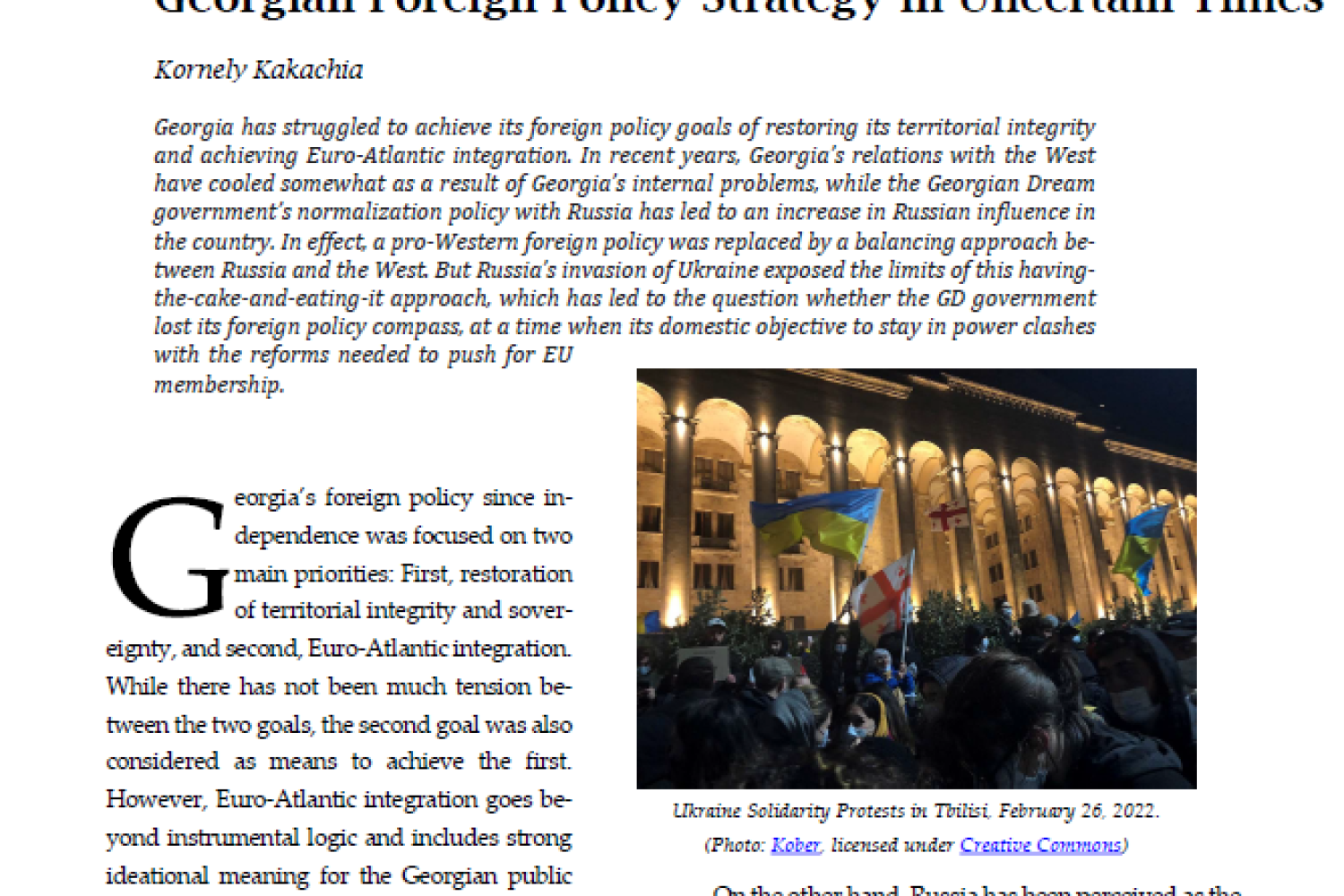 Georgia has struggled to achieve its foreign policy goals of restoring its territorial integrity and achieving Euro-Atlantic integration. In recent years, Georgia’s relations with the West have cooled somewhat as a result of Georgia’s internal problems, while the Georgian Dream government’s normalization policy with Russia has led to an increase in Russian influence in the country. In effect, a pro-Western foreign policy was replaced by a balancing approach between Russia and the West. But Russia’s invasion of Ukraine exposed the limits of this having the-cake-and-eating-it approach, which has led to the question whether the GD government lost its foreign policy compass, at a time when its domestic objective to stay in power clashes with the reforms needed to push for EU membership.