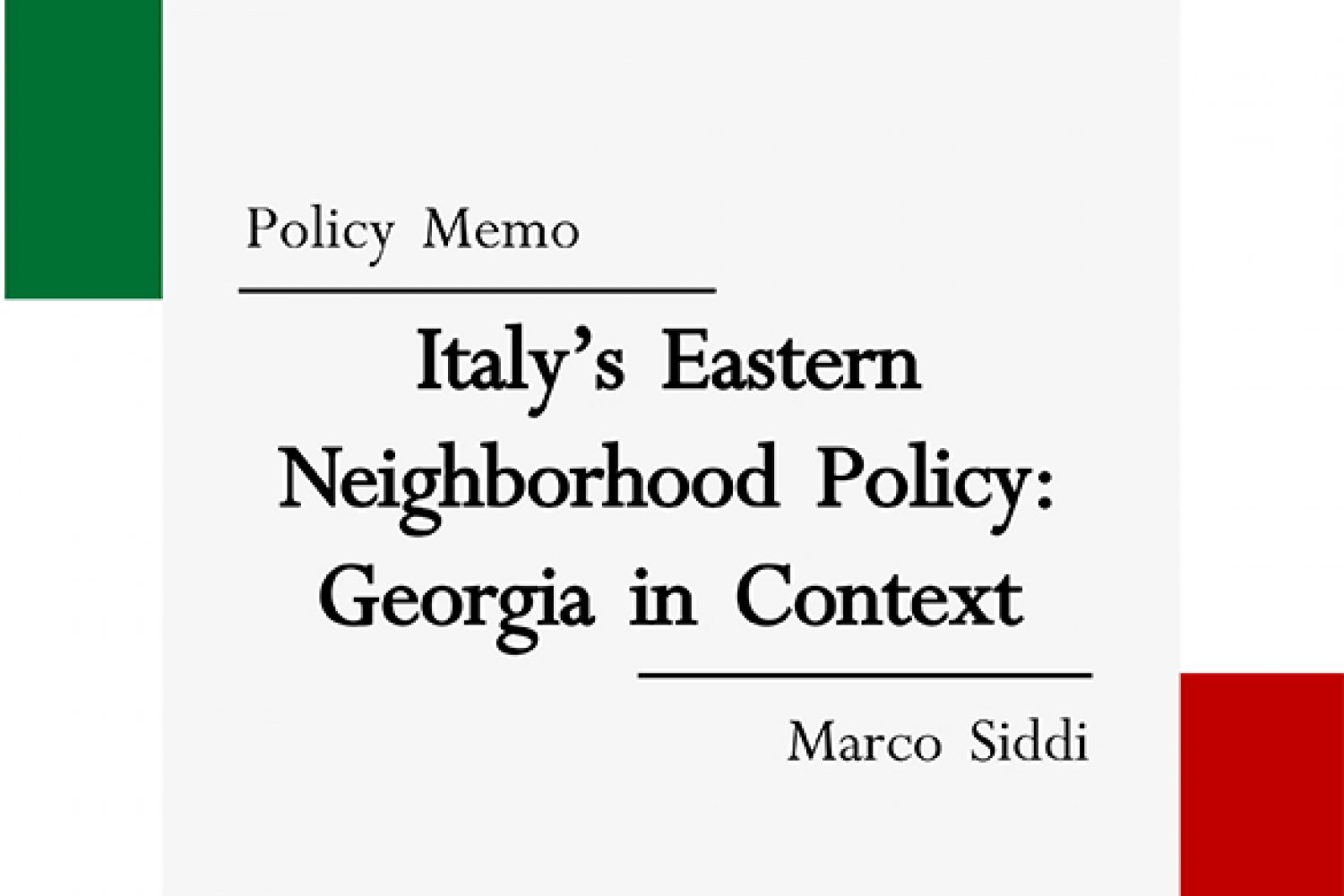 Italy’s economic and diplomatic presence in the European Union’s Eastern neighborhood has increased since the 2000s. The expansion of trade and diplomatic contacts with Eastern Partnership (EaP) countries has complemented Italy’s long-standing relationship with Moscow, which continues to be important despite the current political crisis and economic sanctions imposed between Russia and the EU. Italy has supported the European Neighbourhood Policy (ENP), which now constitutes an important framework for the country’s approach towards the region. Particularly since the Ukraine crisis, Italy has sought greater coordination with EU partners on policies concerning the post-Soviet space while simultaneously advocating its own views and interests within the Union.

Italian foreign policy towards the Eastern neighborhood is constrained by several interconnected factors: broader international developments and their implications for Italy as a Mediterranean country; Italy’s resources and capabilities to adapt to a rapidly-evolving international environment; and the domestic political and economic situation. In the 2010s, the destabilization of North Africa, the rise in international terrorism and the refugee crisis all accelerated the transformation of the post-Cold War order and posed serious challenges to Italy’s main foreign policy priority, security in the Mediterranean region. This situation was compounded by the deterioration of relations with Russia, the maintenance of which is the mainstay of Italy’s approach to the post-Soviet space. Moreover, these new international challenges have emerged at a time when Italy is confronted by economic issues and political uncertainty.

Italy’s role in the Eastern neighborhood is largely contingent on this broader context and cannot be fully understood without discussing the country’s position in the wider international scenario. Hence, this analysis starts by outlining that context. It then focuses on Rome’s current approach to the Eastern neighborhood and Russia before concluding with an overview of possible changes and continuities following the 2018 national elections.