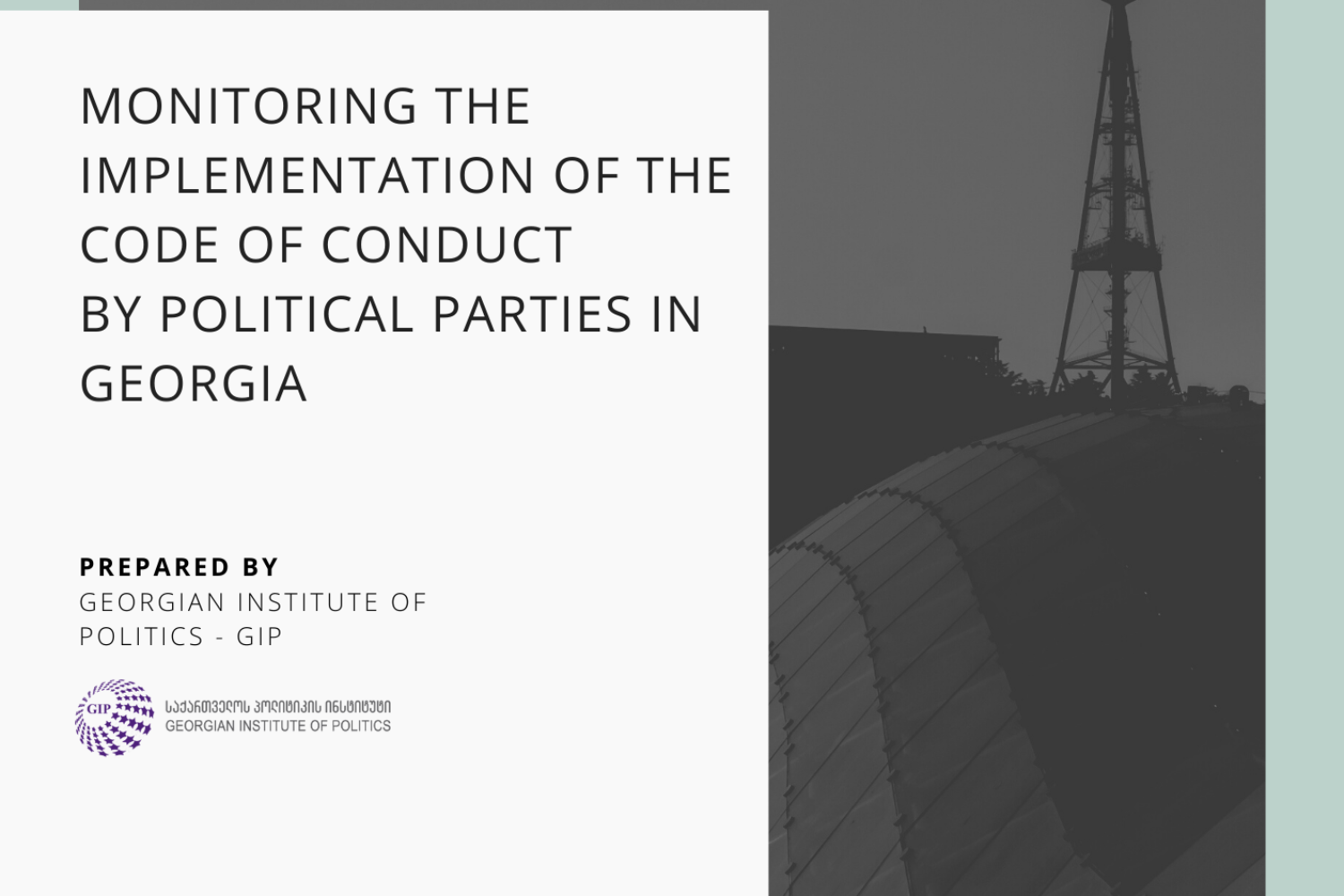 This Document has been produced with the financial assistance of the Swiss Federal Department of Foreign Affairs. The contents of this document are the sole responsibility of the GIP and can under no circumstance be regarded as reflecting the position of the Swiss Federal Department of Foreign Affairs. The 2020 Parliamentary elections were crucial not only as they triggered the political crisis of the immediate post-election period, but because they determined the political dynamics for the long-term development of the country. The elections and the pre-election period were marked by a number of challenges, such as a substantial part of the electorate being nihilistic towards politics, political polarization, an uneven playing field between the ruling party and the opposition and the COVID-19 pandemic.

This report aims to monitor the extent to which the major political Georgian parties fulfilled these principles and implemented the norms as they had voluntarily undertaken before the election period. The report makes use of a number of quantitative and qualitative research methods, including desk research, interviews with party representatives and experts and media monitoring of major TV channels, and t analyses the extent to which different signatory parties implemented selected CoC norms. Monitoring included the effectiveness of the self-regulating mechanisms outlined in the document and elaborated by the parties, and the extent to which campaigning was issue-based.